MATTOON — The Mattoon area on Monday, Nov. 28 will gain 102 hotel rooms, a convention center that can seat up to 550 people, and a full-service restaurant.

His son, Yost Enterprises CEO Jeremy Yost, said Hilton Hotels & Resorts gave its approval earlier this week for the upcoming opening date as finishing work at the facility nears its conclusion. Construction began in fall 2019 but later slowed in the face of challenges including COVID-19 and supply chain shortages. Reservations are now being taken on the Hilton Garden Inn website.

"Dad and I are so proud of our hospitality employees and our construction crew working day and night to get prepared for opening. Our leadership team, general manager Lucas Combs and director of sales Spenser Barrett did a phenomenal job putting our team in place," Jeremy Yost said, noting the facility has 52 employees.

The Mattoon Chamber of Commerce has scheduled a ribbon cutting ceremony for Dec. 6 at the four-story hotel and its adjoining convention center on the southwest corner of Illinois Route 16 and Lerna Road.

Chamber Executive Director Ed Dowd, who has toured the new facility, said the convention center's banquet space, which can seat more than 300 people at tables and up to 550 people theater-style, is "much needed in our community." He said this space will served by what will be the only on-site, full-service restaurant at a Mattoon hotel.

"It's a beautiful facility. It will help draw more visitors to the community," Dowd said. He noted that that the property is near two major employers: Sarah Bush Lincoln Health Center to the east on Route 16, and the new Blue Cross & Blue Shield of Illinois service center building in the Coles Centre business park.

Don Yost said their goal is for the hotel and convention center to be an additional economic magnet for Mattoon and Coles County. He said the facility will be able to host conventions, large weddings, corporate gatherings, and Lake Land College and Eastern Illinois University special events, including visiting football teams for games at EIU.

The 4,340-square-foot banquet room can be divided into two 2,170-square-foot spaces for events. The convention center also has a separate front entrance from the hotel.

Jeremy Yost said Stix Bar & Grille will be able to cater convention center events while serving breakfast, lunch, dinner and spirits to hotel guests and the general public in its dining room. He said the restaurant's menu items will range from a white pizza that was a favorite at the Charleston Stix to an espresso-rubbed steak.

Barrett said the hotel's amenities also include a shop selling convenience items, plus prepackaged sandwiches and salads from Stix. The hotel also has fire pits and grills on its grounds and a fitness center room. An indoor pool is set to open later this year.

Don Yost said he is grateful to city officials for their support of the project; general contractor Horve Builders for leading the construction; and Peoples Bank & Trust President and CEO John Gardner in Pana for approving the project's financing and coordinating its U.S. Department of Agriculture loan.

Goldman Sachs Sees Oil Heading to $100 a Barrel by 3Q

The Holiday Artisan Market will be held on Small Business Saturday at the Cross County Mall.

Admission to Lightworks and the Santa House will be free of charge, but donations will be collected for the upkeep of both holiday attractions.

Shoppers turn out for Holiday Artisan Market in Mattoon

The annual Holiday Artisan Market nearly tripled in size to more than 50 vendors this year as it moved to the Cross County Mall.

The PEO Christmas Walk will be held 1-4 p.m. Sunday at four participating homes in Mattoon.

The 2022 Celebrate Downtown Christmas event is set for 5-8 p.m. Friday.

Goldman Sachs Sees Oil Heading to $100 a Barrel by 3Q 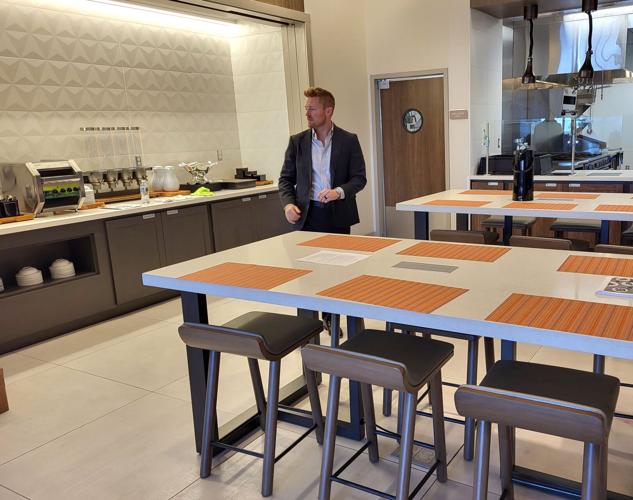 Yost Enterprises CEO Jeremy Yost walks through the Stix Bar and Grille dining room on Nov. 21 at the Hilton Garden Inn and McKenna-Yost Convention Center, which are set to open Monday, Nov. 28, in Mattoon. 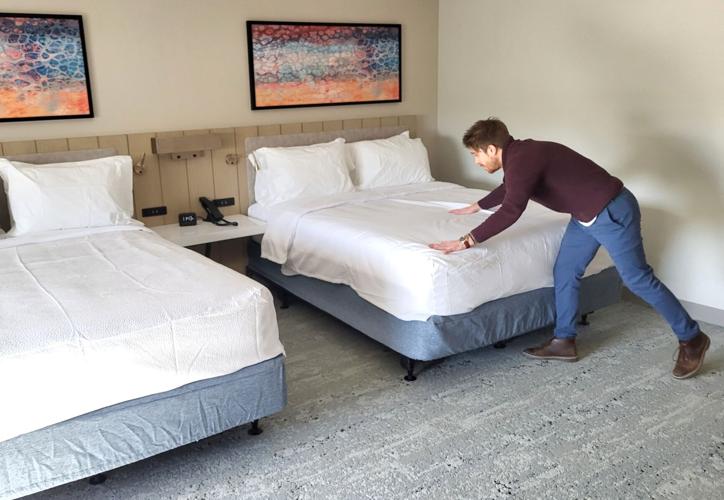 Spenser Barrett, director of sales for the Hilton Garden Inn and McKenna-Yost Convention Center, straightens bedding in a guestroom on Nov. 21 at this Mattoon hotel, which is set to open Monday, Nov. 28. 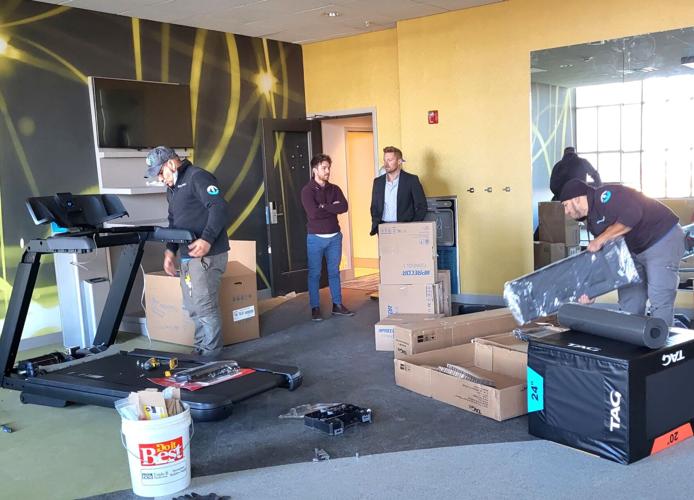 Hilton Garden Inn and McKenna-Yost Convention Center Director of Sales Spenser Barrett, at center left, and Yost Enterprises CEO Jeremy Yost observe on Nov. 21 as fitness center equipment is assembled at this hotel, which is set to open Monday, Nov. 28.