MATTOON — The newly opened Bimini restaurant in downtown Mattoon offers a menu of Florida-Caribbean flavors that will be familiar to those who frequented the Daily Kneads Cafe in Arcola.

Bimini's owners, chef Gary Maples and Stacia Ozier of Charleston, operated Daily Kneads from 2000 to 2020. Maples, a classically French trained chef who has worked in the field since 1974, said having a base of regular customers motivated him to come out of retirement when space for a small restaurant became available at 1820 Charleston Ave. in Mattoon.

"That is one of the reasons I did it. I knew I could count on them. There is a pretty big core following," Maples said.

Ozier said Daily Kneads drew a lot of customers from Charleston and Mattoon during its 20 years in business. She estimated that 75% of the customers who have visited Bimini since it recently opened have been regulars from the former cafe.

Bimini offers some menu items influenced by Daily Kneads', such as a Cat Key crab soup, hot grilled chicken salad and flourless chocolate cake. However, chef Maples said he still follows his long practice of continually updating familiar items and his menu as a whole based on seasonal ingredients and market availability.

"It's about the creating for him and making things new and different," Ozier said.

"The first evolution of the menu is about over," Maples noted.

The new restaurant is located in a space that was previously the site of Culture Frozen Yogurt, in a building owned by Jasper Holdings, LLC of Mattoon.

"We are very excited for Bimini to join the Mattoon community," said Jasper property manager Evan Drummond. "They provide an exceptional dining experience that is unlike anything in the area. The owner has many years of experience in the hospitality industry and is also a highly skilled chef."

Daily Kneads was at 201 E. Main St. in Arcola at the west end of a block of buildings where the east end partially collapsed in 2018. Maples said the uncertain status then of that block, which was later demolished, hastened the closure of the cafe.

Ozier said they enjoyed being part of a shopping district when that Arcola block was in its prime and they look forward to being in such a setting again in Mattoon. Bimini is on the south side of a section of downtown buildings where Mattoon Flower Shop and the newly opened Birch Boutique & Gifts are on the north Broadway Avenue facing side.

Bimini is open 11 a.m.-2 p.m. Monday-Friday. Ozier said she encourages customers to exercise patience as the small restaurant adjusts to being in operation. More information about Bimini is available by calling 217-258-8721.

The Chamber merger proposal will pass if at least 67.7% of Charleston member businesses vote in favor and if at least 75% of Mattoon's vote for it.

Ameren Illinois is seeking an easement to upgrade the power supply in the business district along Justrite Drive. The Mattoon City Council is also set to consider hiring two police officers Tuesday.

Officials reported that the city plans to start the first phase of west side drainage improvements in the spring.

The Illinois Humanities Road Scholar program is presenting this program on how corn transformed the Americas. 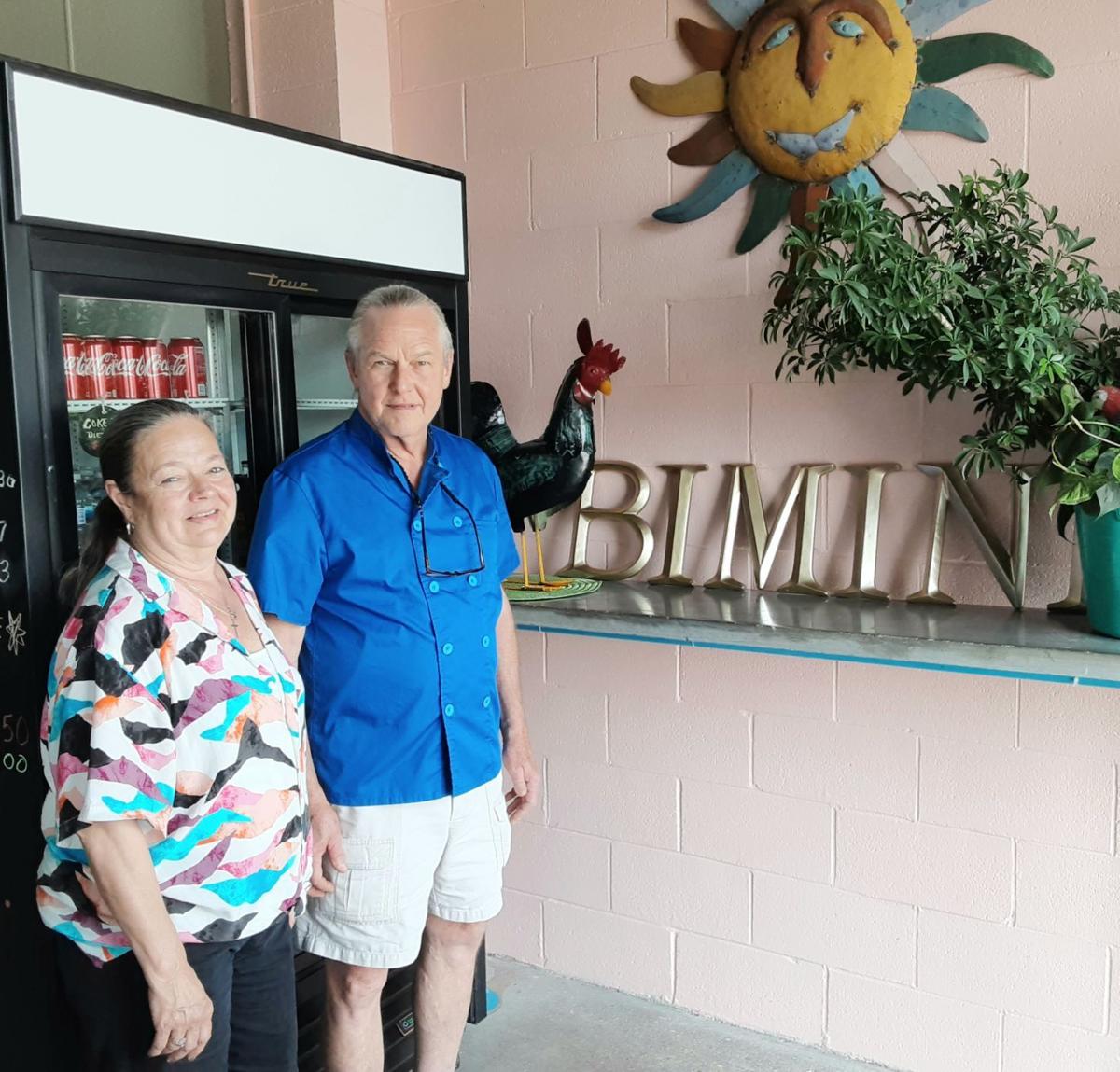 Stacia Ozier and chef Gary Maples stand Tuesday afternoon in the lobby of their new Bimini restaurant, which offers Florida-Caribbean cuisine, at 1820 Charleston Ave. in downtown Mattoon. They previously operated the Daily Kneads Cafe in in downtown Arcola. 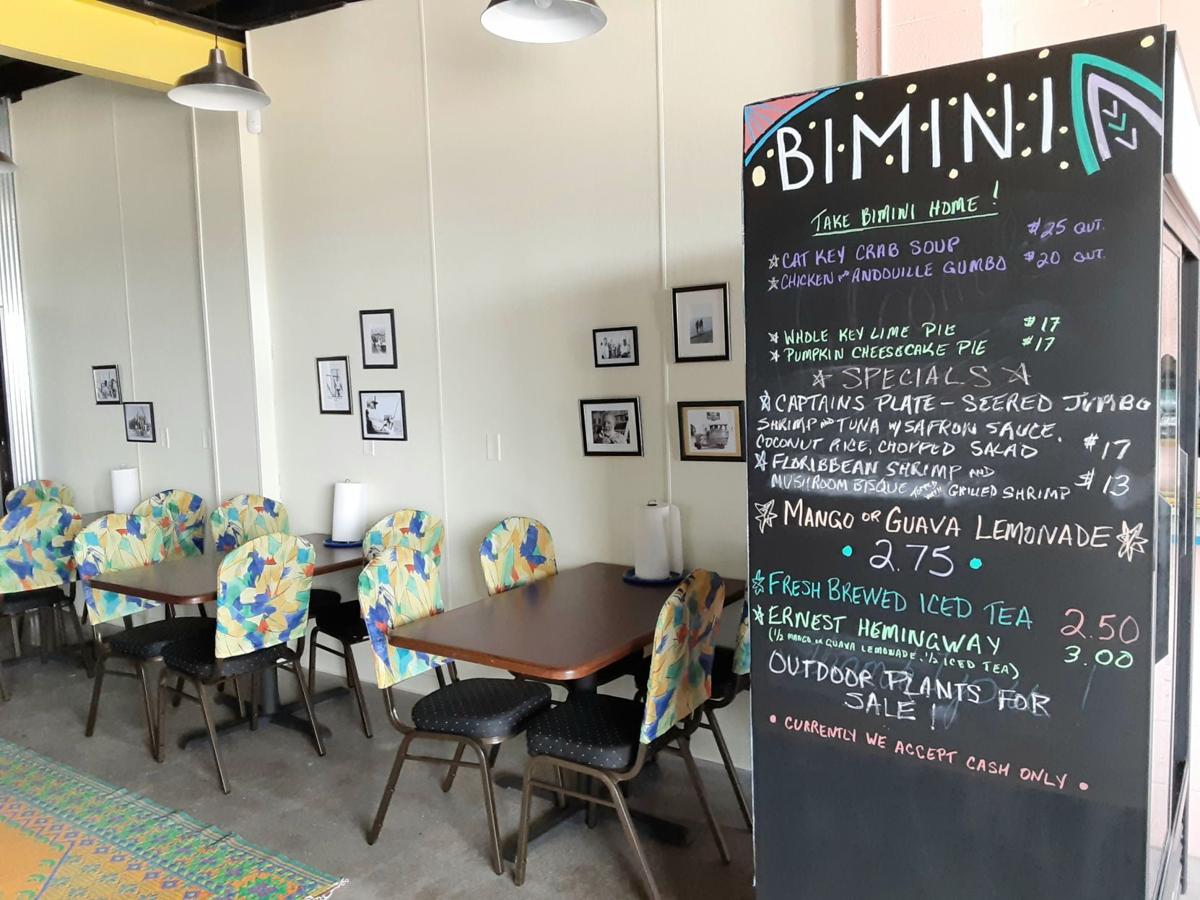 The menu specials board and dining room is shown Thursday afternoon at the new Bimini restaurant at 1820 Charleston Ave. in downtown Mattoon. Chef and co-owner Gary Maples continually evolves his Florida-Caribbean menu based on seasonal ingredients and market prices.