SHELBYVILLE — Tasha Bates frequently uses Airbnb and other home-sharing options when she goes on vacation. The rates are right and the convenience is great, she said.

That's why Bates and her husband decided to turn an office in their Moultrie County business, Central Storage Solutions, into a suite for vacationers. After all, their site off Illinois State Route 32 is right next door to Lake Shelbyville and the Sullivan Recreation Area and Bo Wood Campground are nearby.

"We loved the idea of like having a whole home to yourself and a property versus a hotel," said Bates. "So we thought, 'Why not? Let's try it, see how it goes.' And it's been booming."

The timing was fortuitous.

Last year, COVID made “staycations” an option for many. Bates also was capitalizing on an overall interest around Lake Shelbyville, the 11,000-acre hub of boating, swimming and fishing that has become a tourism attraction and economic engine since being dedicated 51 years ago.

The waterway, which spans two counties, is home to two state parks and five federal campgrounds, with 172 miles of shoreline.

Despite the features, though, the area has historically had limited non-camping lodging options.

The short-term rental trend, in which residences are offered for rent online and the owner and company split the booking, has exploded around the world in the past dozen years and has become a major disruption in the hotel industry. Listings range from spare bedrooms and cabins to beach houses, farms and mansions.

The industry leader, Airbnb, had 5.6 million listings worldwide as of September. Many are concentrated in major metro areas, but that trend has been slowly shifting to less populated areas.

Around Lake Shelbyville, listings last week included a guest suite at Timberlake Golf Course for $99 a night, a two-bedroom cottage off Oakmont Drive for $136 a night and a cabin with three-acre stocked pond for $105 a night.

At the Bates property, they've added a patio and playground and have plans for basketball court. Inside, there's four bedrooms, two baths.

Called Lakeside Villas, it opened for business in August.

"And then we were booked solid until end of October,” Bates said.

‘Get out of their homes’

Elsewhere, Airbnb hosts experienced a similar uptick, which they credited to COVID.

"So many people still wanted to be able to get out of their house and do stuff, but they wanted to do it while social-distancing, while not being around people," said Caitlin Veatch, who runs Moose Cabin at Hidden Acres in Sullivan. "And with our cabin being so secluded, in when you get back there, there's no one back there."

Veatch's cabin is completely off the grid, runs on solar panels and doesn’t have any nearby neighbors.

"For a lot of people, that was a draw for them," said Veatch. "They could bring all their stuff ... food and everything like that, and just stay at the cabin and not have to leave. So, that was probably one of the best years we've had, rental-wise, was when COVID-19 happened."

The pandemic also meant hosts had to take different steps to clean.

"Airbnb is awesome," said Bates. "They go step by step, guide you right through it. And then they give you guidelines to follow tips, things to say. Even just being on the internet, you can find a budget tips and ways to do reviews and stuff like that. So it was pretty simple."

Hosts on Airbnb earned an average of $9,600 between March 2020 and March 2021, during the peak part of the pandemic, according to company stats. Overall, searches for Illinois rentals increased 119% in the last month.

Still, not all of the Shelby County interest is around the lake.

In a historic downtown Shelbyville building, Regina and Brad Hilbert are renting out a few bedrooms above their Main Street gift store, The Wood Shop. Their shop is visited by campers and those staying cabins at the lake, she said.

"... I've had several people this year that will say, 'I've we've been coming down here for 10 years and this is the first time I've been downtown,'" said Regina Hilbert.

Their business, Rook Farm Homes, has been rehabbing properties for years.

The Airbnb idea came from a friend after they used grants to renovate the building.

"Atop-the-Shop" was born, with first bookings in December 2019, with wedding parties and others getting reservations.

"I had a bride that had to cancel everything," said Regina Hilbert. "For the wedding on Saturday, she canceled it all on Thursday. My heart was absolutely broken for her."

A friend then gave them the idea to use the space as short-term rentals. They began by advertising with the tourism department, but recently added Airbnb.

"We were kind of just going through our (Shelbyville) tourism office and then doing with Facebook, but Airbnb — it's definitely increased the traffic just in the last two weeks that we've been on it," said Regina Hilbert. "We're turning it over three times this week."

As for Bates, business dipped during colder months, although bookings surged back, with no end yet.

“January and February were kind of slow,” she said. “But then as soon as spring picked up, it's been busy almost every single week."

GALLERY: Lake Shelbyville through the years

Hosts on Airbnb as of March 31

Average earnings per host, in dollars

Through Airbnb, Pippen is opening his home for three one-night stays for up to four people on Aug. 2, 4 and 6 for $92 per night (plus fees and taxes), the cost a nod to the year he and his teammates became Olympic gold medalists in Barcelona in 1992. Stays are timed so guests can watch basketball competitions from the group stage to the gold and silver medal games in Tokyo.

Earlier in July, Airbnb announced it would rent out a glass house positioned in the Chaîne des Puys volcanic field in France.

"All activities will be a balance of energizing and restorative, giving guests all they need to relax, recharge, and reconnect with nature," the company said.

Watch now: Ford to invest $11.4 billion in Tennessee and Kentucky

The head of the Mattoon tourism department on Monday said the annual Bagelfest “couldn’t have gone any better,” despite a soggy start.

“The economy has reopened, and demand as a rule is close to normal levels,” said Patrick De Haan, head of petroleum analysis at GasBuddy.

Watch now: Theatre in the Park returns with 'Patience' in Charleston

Performers with Theatre in the Park braved hot temperatures to bring Gilbert & Sullivan’s comedic opera “Patience” to the Daum Amphitheatre.

Watch now: Ford to invest $11.4 billion in Tennessee and Kentucky 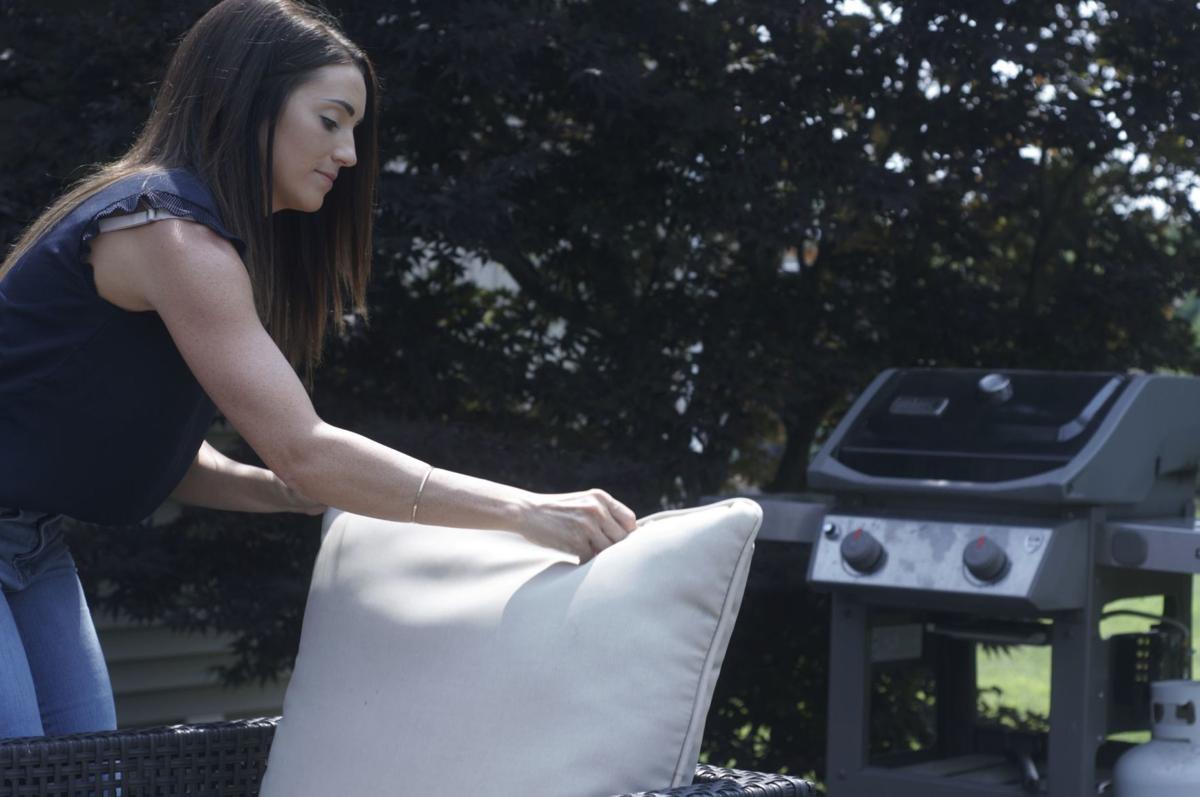 Tasha Bates prepares her patio at Lakeside Villas, the Sullivan Airbnb rental she operates near Lake Shelbyville. The company had 5.6 million listings worldwide as of September. 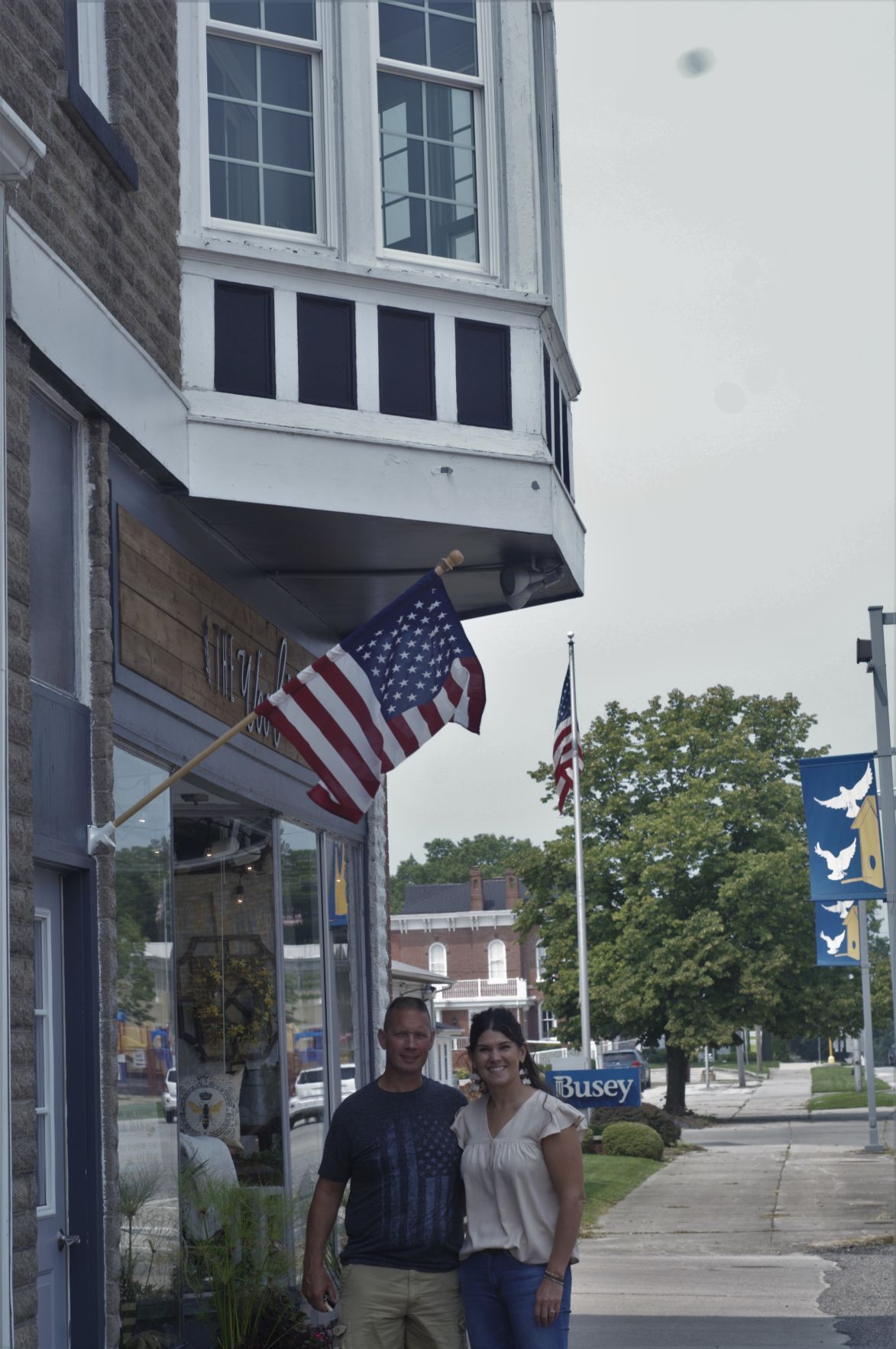 Regina and Brad Hilbert stand outside their store, The Wood Shop, in Shelbyville. They also rent out the space above it, in a venture they call, "A'Top-the-Shop." 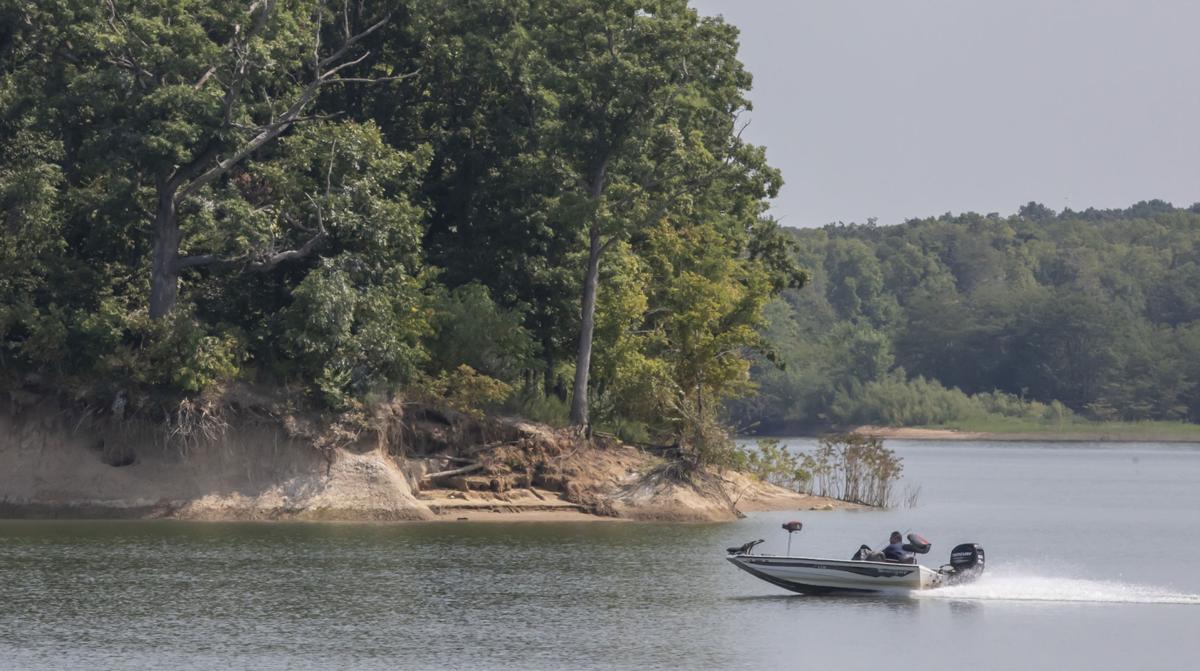 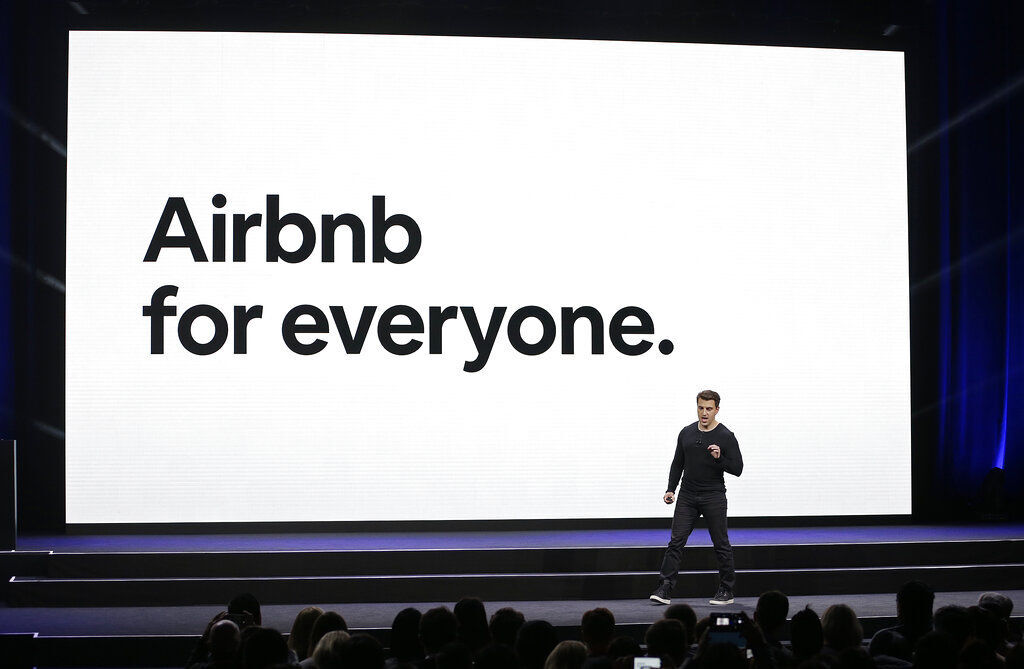 Airbnb co-founder and CEO Brian Chesky speaks during an event in San Francisco in February 2018. The company was founded in 2007.