Become a Member
Read Today's E-edition
Share This
Watch now: Theatre in the Park returns with 'Patience' in Charleston
0 Comments
Share this 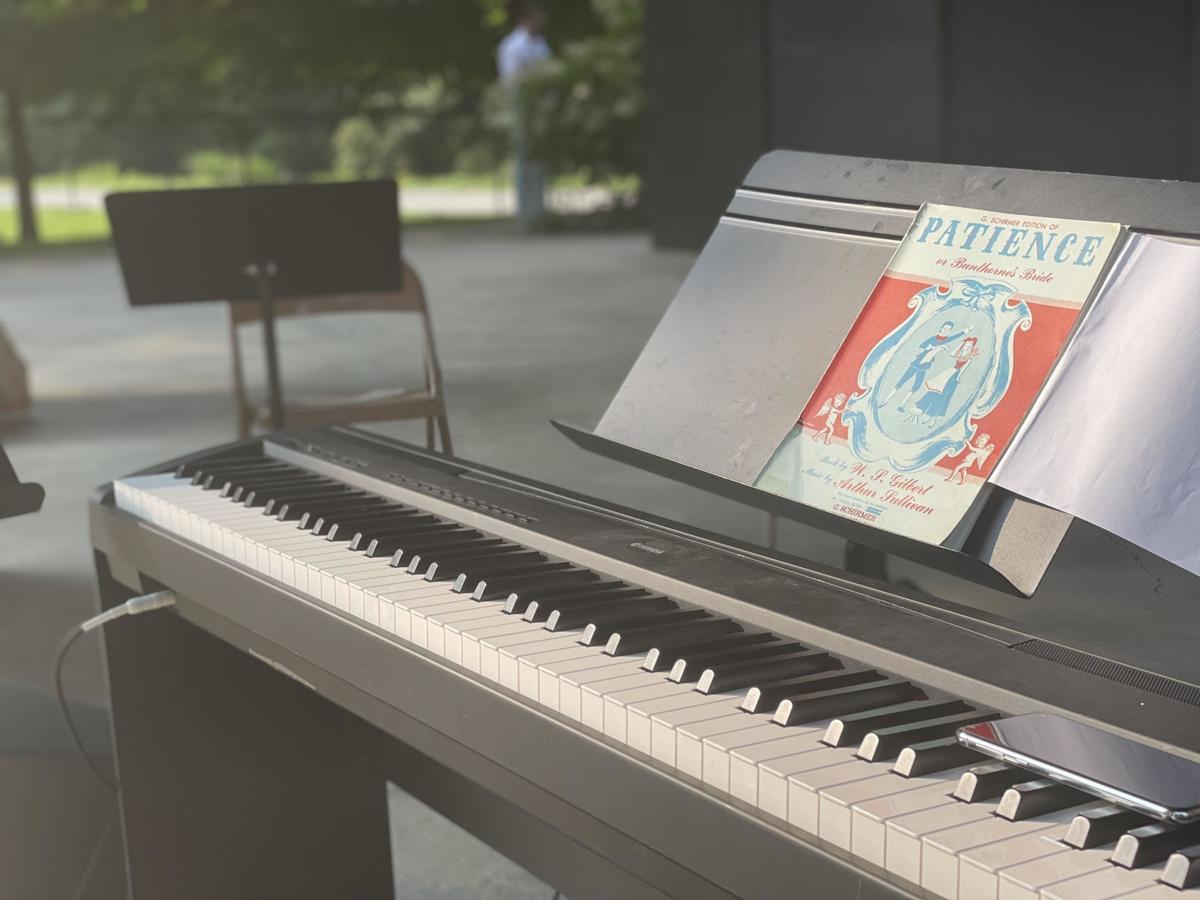 The score for Gilbert & Sullivan's "Patience" sits on a piano at the Daum Amphitheatre in Charleston. 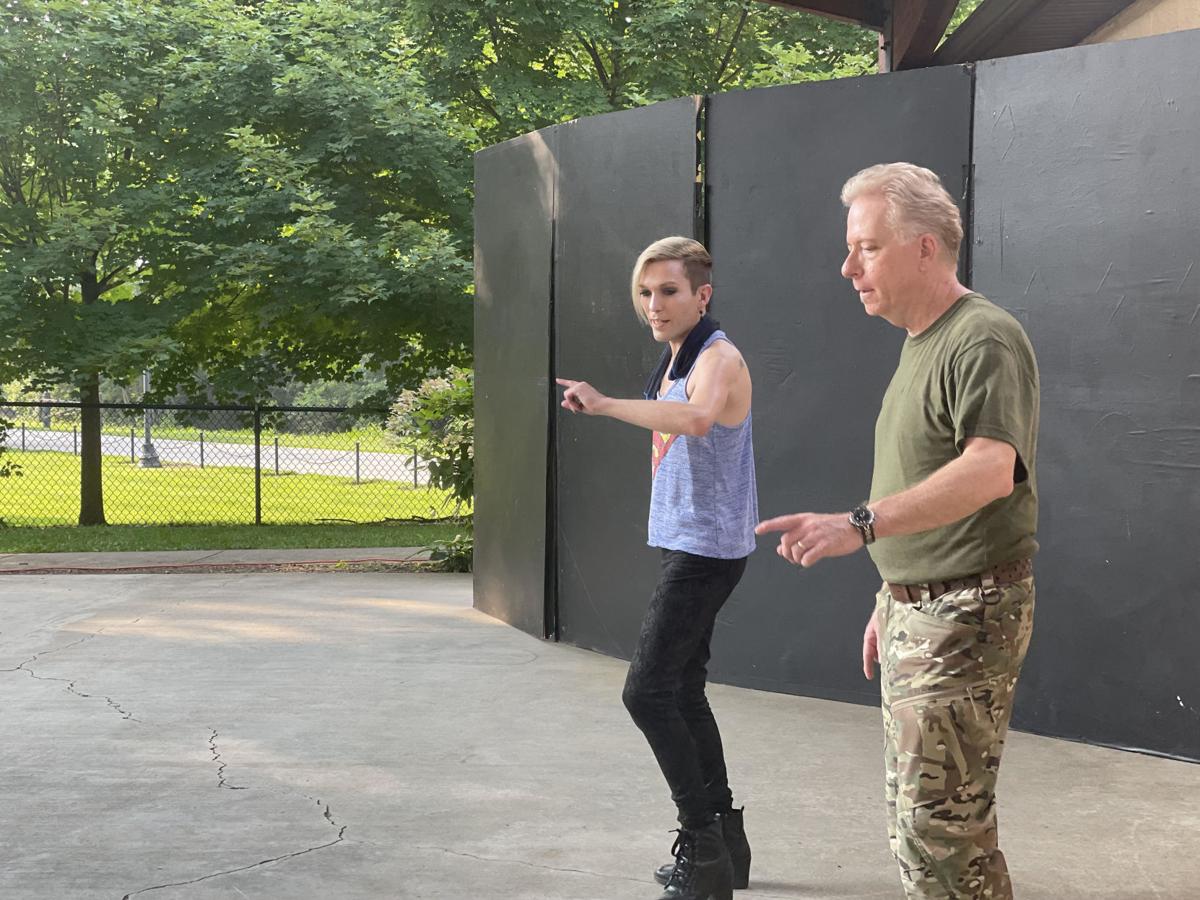 Matthew Gerard Burns, left, and Earl Halbe, right, practice choreography at the Daum Amphitheatre in Charleston before a performance of Gilbert & Sullivan's "Patience" on Friday evening.

“It’s been quite difficult rehearsing in this heat, so props to the rest of the cast,” said choreographer Matthew Gerard Burns, who also plays the poet Bunthorne in the production. “They've been working their butts off.”

"We thought, 'Why not? Let's try it, see how it goes.' And it's been booming," said Tasha Bates, who turned a portion of her family's storage and construction business into an Airbnb rental.

The group sought to bring “Patience,” first performed in 1881, into the 21st Century. They made costume changes and delivered lines in ways that might seem more up to date, but left all of the songs unchanged.

“Gilbert & Sullivan is a very difficult material to work on,” said Burns. “I like the challenge of it; it’s quite hilarious.”

It's also been a big change from last summer, when the performance of the musical "Quilters" at the venue was under COVID restrictions and social distancing.

The cast was limited to seven and included Abby Smith, who plays a maiden in "Patience."

“It's just been so much more relaxed,” she said about this year.

“Some of my favorite parts about the show are definitely the big group numbers,” said Deremiah, who plays Saphir. “Because, then all of us are on stage at the same time. We have beautiful harmonies. We have beautiful dance moments.”

Theatre in the Park includes performers, stage crew, and directors of several different ages and backgrounds.

“We're really happy to include people from different parts of the community,” said musical director Elizabeth Halbe. “Everybody just comes together to create something that's really quite unique and incredible.”

Several of the cast members are also students who either go to the local high schools or are homeschooled.

“The cast has been wonderful, I made a lot of friendships,” said 16-year-old Eliana Stewart, who plays one of the maidens in the production. “And this is one of the only opportunities I have to do theater because I'm homeschooled, so that's really nice.”

Theatre in the Park has also put on other performances, including “The Pirates of Penzance” and “Jesus Christ Superstar.”

Watch now: A preview of Theatre in the Park’s production of “Patience"

CHARLESTON — The Five Mile House is hosting another open house on Sunday, July 25 from 1 p.m. to 4 p.m. The day will include country and gospe…

Coles County 4-H livestock shows will be held throughout much of the ongoing Coles County Fair in Charleston.

“It’s extremely hot when you’re out there, walking the animals around and there’s no breeze,” said Rod Helton, a superintendent for the swine shows.

The pedal tractor pull was a fun way to get the young fair-goers more involved.

The score for Gilbert & Sullivan's "Patience" sits on a piano at the Daum Amphitheatre in Charleston.

Matthew Gerard Burns, left, and Earl Halbe, right, practice choreography at the Daum Amphitheatre in Charleston before a performance of Gilbert & Sullivan's "Patience" on Friday evening.