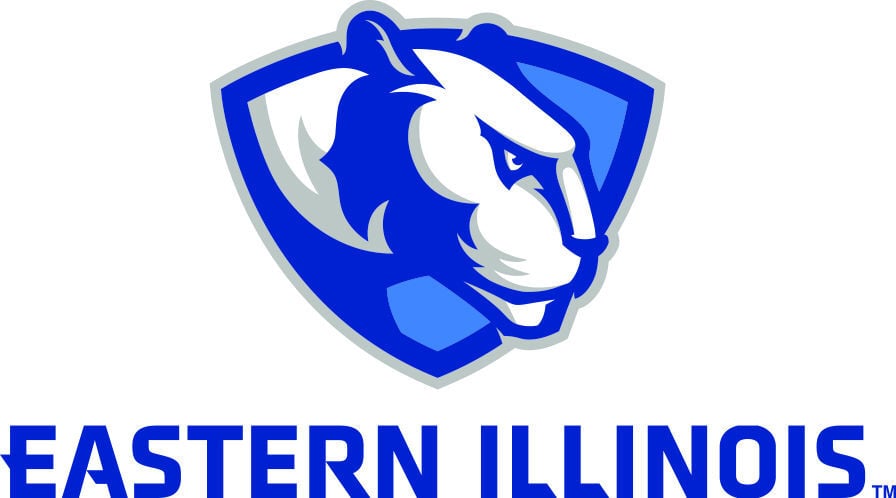 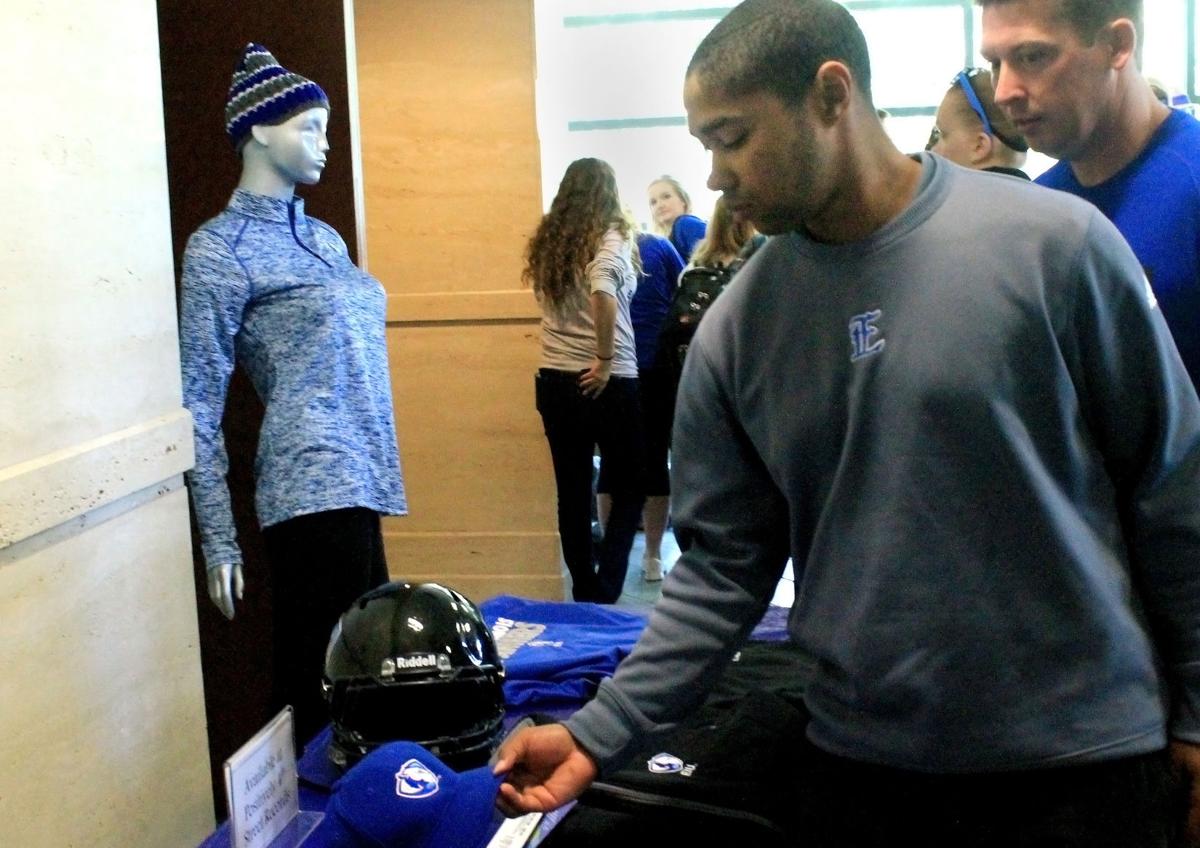 Instead of depicting the side view of a black panther’s head with blue outlining, Eastern has adopted a new look for the Panther logo to adorn everything from EIU team football helmets to T-shirts and more.

Eastern athletes and fans will now be sporting a side view of a panther’s head, which is predominantly white with light blue outlining and gray accents.

Tom Michael, athletics director, said the design was changed in order to modernize and appeal to younger people around the ages of 17 to 18.

He said it is important to modernize from a recruitment perspective as well as an institutional perspective to stay new and relevant.

Also, the panther's head is jutting from a shield behind it. Katie Witt, who was involved in the decision on the design, said she thinks that the shield differentiates Eastern from other schools who might only have their mascot on their school logo design.

Bob Martin, vice president for university advancement, said he thinks it was important, when deciding on the final design from a selection of many, that the panther is completely different.

“The old logo is good, but I want great,” he said. “One thing I didn’t like about the old one was every time I’d be traveling people would say (North) Carolina Panthers.”

The new design is expected to increase sales of gear and merchandise, Martin said.

The logo will not be implemented across athletics immediately and will likely be phased in over a couple of years. Michael said it is common for implementations of new logos to take place over a longer period of time.

“It takes time to roll this out and get everything done,” Michael said. “In my time at the University of Illinois, they went through a logo change and there are still some things that have not been turned over.”

Michael said implementing the new designs on uniforms and fields as well as other things would be costly if it was done all at once.

He said he hopes some of the changes will be paid for through donations.

“As it becomes natural to remodel based on use or donations, we will change the logos out,” Martin said.

The Collegiate Licensing Company created the design. They handle licensing for over 200 universities, according to their website. They paid for the design through royalties.

Martin continued that no appropriated funds have been spent in the making of the logo.

Eastern has done away with the old Panther logo which was made around 2000. This will be the seventh Panther logo Eastern has had throughout its history. Before the implementation of a Panther mascot, other mascots and logos, which sometimes just consisted of “EIU,” existed.

Merchandise with the newly designed logo is available at Positively Fourth Street Records in Charleston and at the EIU Bookstore on campus. This merchandise will be available at other locations at later dates, officials said.

The new logos will first be seen on the helmets of the football players at this coming Saturday's game.

Authorities say the Charleston man was armed with a Ruger rifle while in possession of a stolen/converted vehicle at the time of his arrest.

Autopsies in Tennessee show that a 1-year-old child starved to death in his car seat in a house where his mother died of a drug overdose. His 3-year-old sister, found alive, tried for days to feed her brother.

The lack of an activated siren likely played a role in a collision involving an ambulance last week near Sarah Bush Lincoln Health Center.

A small fire that broke out around 8:22 p.m. Saturday caused minor damage to a garage at 711 Polk Ave. in Charleston.

Court documents say husband and wife Joseph Richardson, 40, and Marlana Richardson, 38, sexually exploited three children who are now between the ages of 11 and 15.