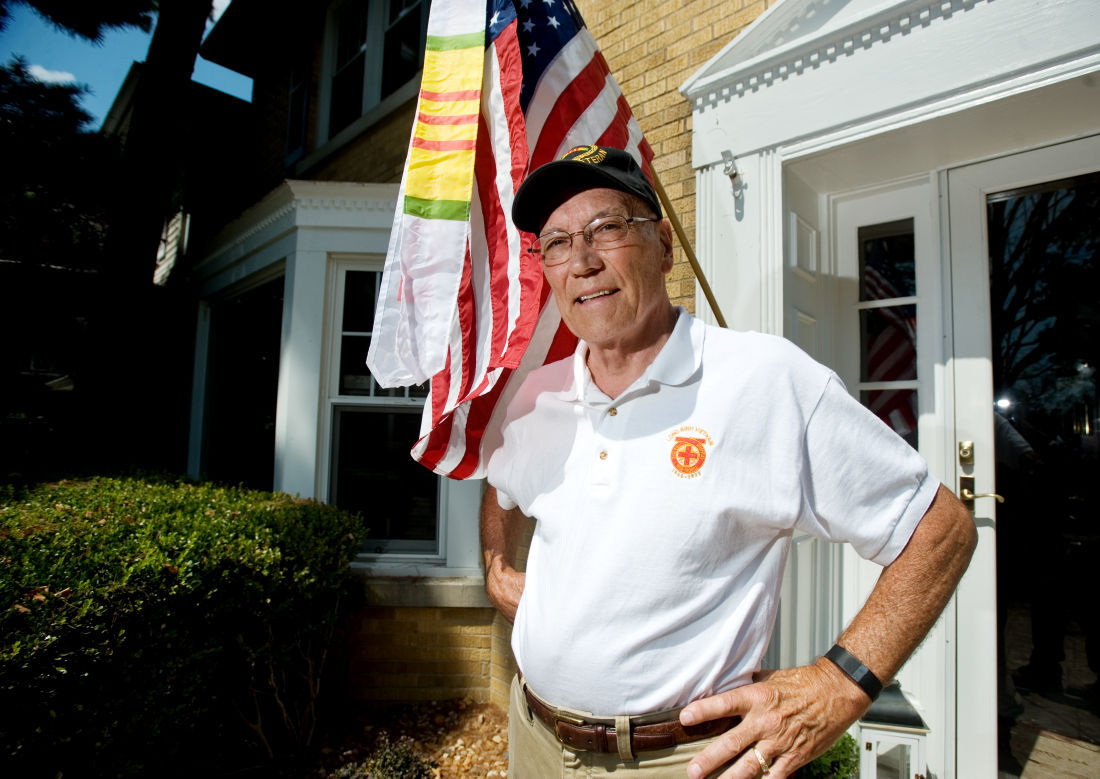 Pictured with his Vietnam Service Ribbon along with a U.S. Flag is Edward C Neal, outside his Mattoon residence on Sept. 27. 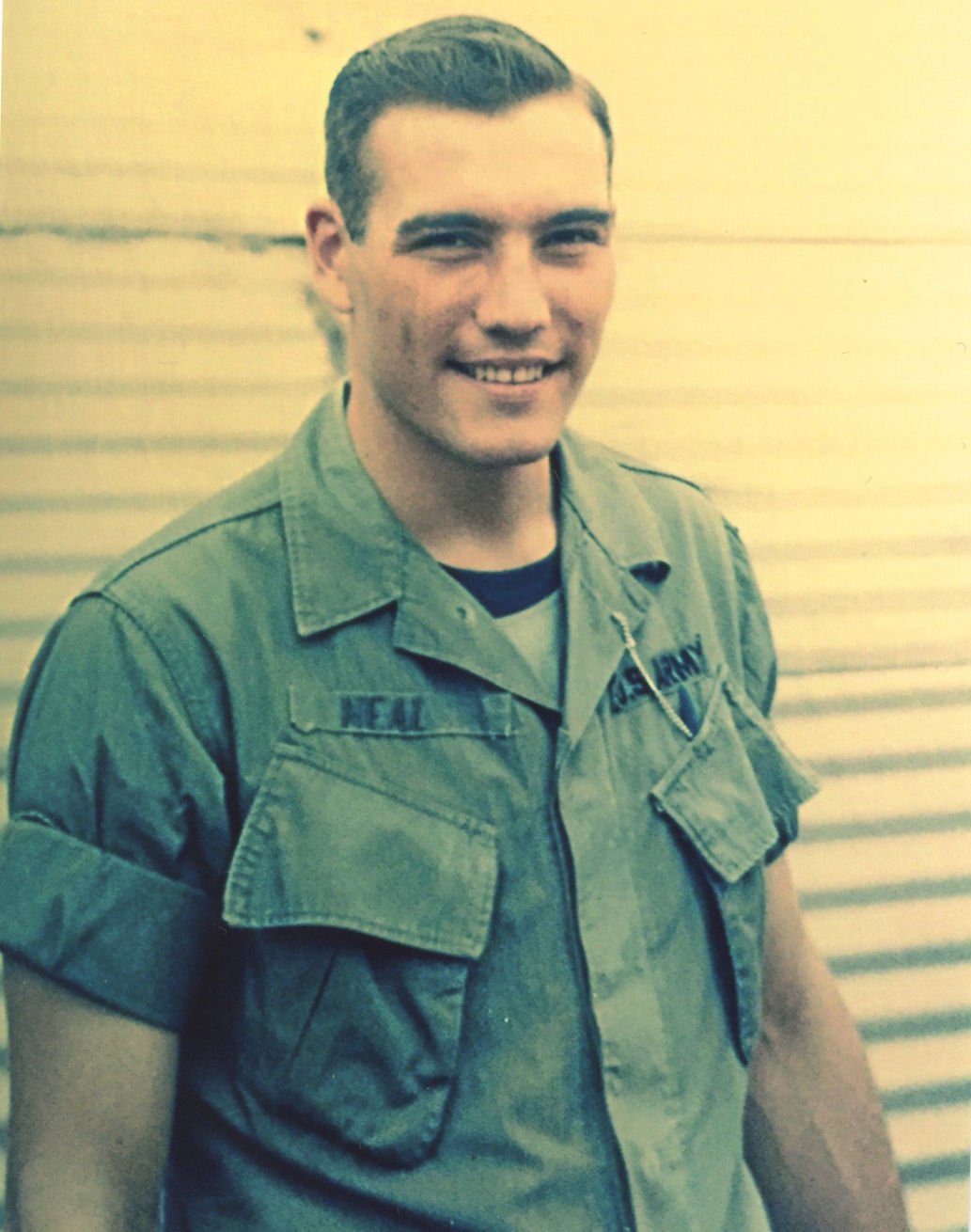 MATTOON -- Edward Neal has long been proud of his service in Vietnam with the pharmacy and as an orderly for the 24th Evacuation Hospital, which received a Meritorious Unit Commendation.

However, Neal said in a recent interview that he gained a fuller appreciation of the long-term impact of the 24th Evacuation Hospital when he attended a unit reunion for the first time last year in Branson, Mo.

Neal said several former patients of the hospital turned out for the reunion, including a soldier who had received shrapnel wounds all over his body and a helicopter pilot who had been shot in head. He said they praised the work of the doctors, nurses and other personnel at the hospital.

"(They) described how the unit helped save their lives, how well they were treated, and how thankful they were that our unit was in place to serve them," Neal wrote in a letter about his experiences. "I was happy and proud of the service we provided and of how necessary we were to returning the wounded soldiers home."

The Mattoon native said he had been studying at Eastern Illinois University and planning on going to pharmacy school when he decided to enlist in the Army in 1966. Neal said he wanted to be able to choose his Military Occupational Specialty before he was drafted and had fewer options.

Neal said he went through basic training at Fort Leonard Wood, Mo., and then pharmacy training at Fort Sam Houston in San Antonio, Texas, before being attached to the hospital in Fort Benning, Ga. He was deployed to Vietnam in February 1968 during the Tet Offensive and assigned to the 24th Evacuation Hospital in Long Bien.

"During the day, I would fill prescriptions and supply the wards. At night, I would help out in the ER carrying wounded from the helicopters to the ER and then to surgery, if necessary," Neal wrote. "Even though we were not in the thick of the battles, I saw the results of the fighting and it was difficult to comprehend that the human body could be so mutilated."

Neal said the doctors, including a team of neurosurgeons, did an amazing job at the hospital, where a sign outside of the emergency room stated, “If they get you here, we will get you home.”

In addition to his service inside the hospital, Neal said he accompanied teams of doctors and nurses on trips to provide medical care to local villages off base.

"The villagers were much appreciative, but the Viet Cong would come in after we left and take any supplies that we had left," Neal wrote.

Neal said riding in a convoy that could be in the sights of Viet Cong guerrillas made him nervous. Still, he said one of his most harrowing times occurred two weeks before his deployment ended when these fighters breached the perimeter of the base where the 24th Evacuation Hospital was located.

While the soldiers fought off the Viet Cong, Neal said medical work continued within the hospital. Neal said he slept under a mattress while wearing a helmet and flak jacket at night during this time period.

Neal said he returned in March 1969 to Mattoon, where his family had kept the Christmas tree up to celebrate the holidays with him. With his enlistment completed, he earned a pharmacy degree Butler University and then began his career as a pharmacist.

"I learned a lot about pharmacy while I was in Vietnam," Neal said. "Basically, my career was created by the U.S. Army, indirectly. It was not the way I would have planned it, but it's the way it happened."

Pictured with his Vietnam Service Ribbon along with a U.S. Flag is Edward C Neal, outside his Mattoon residence on Sept. 27.