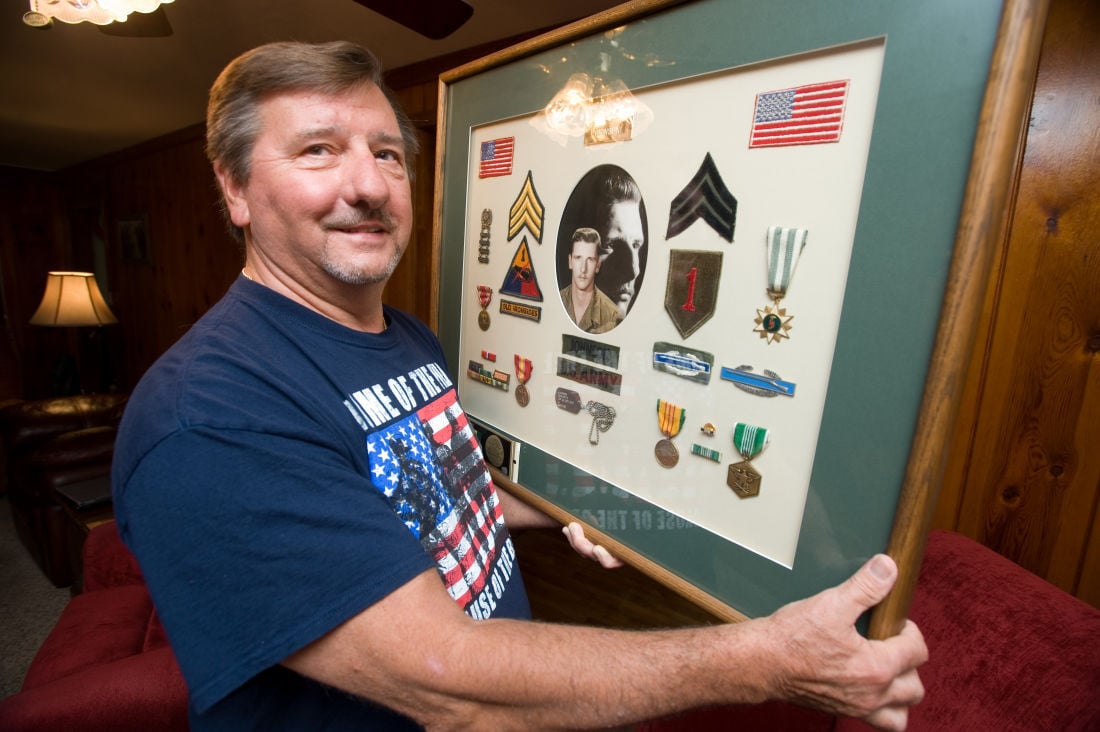 Vietnam veteran Ed Johnson is shown with his display of rank, medals and memorabilia at his residence near Etna on Tuesday. 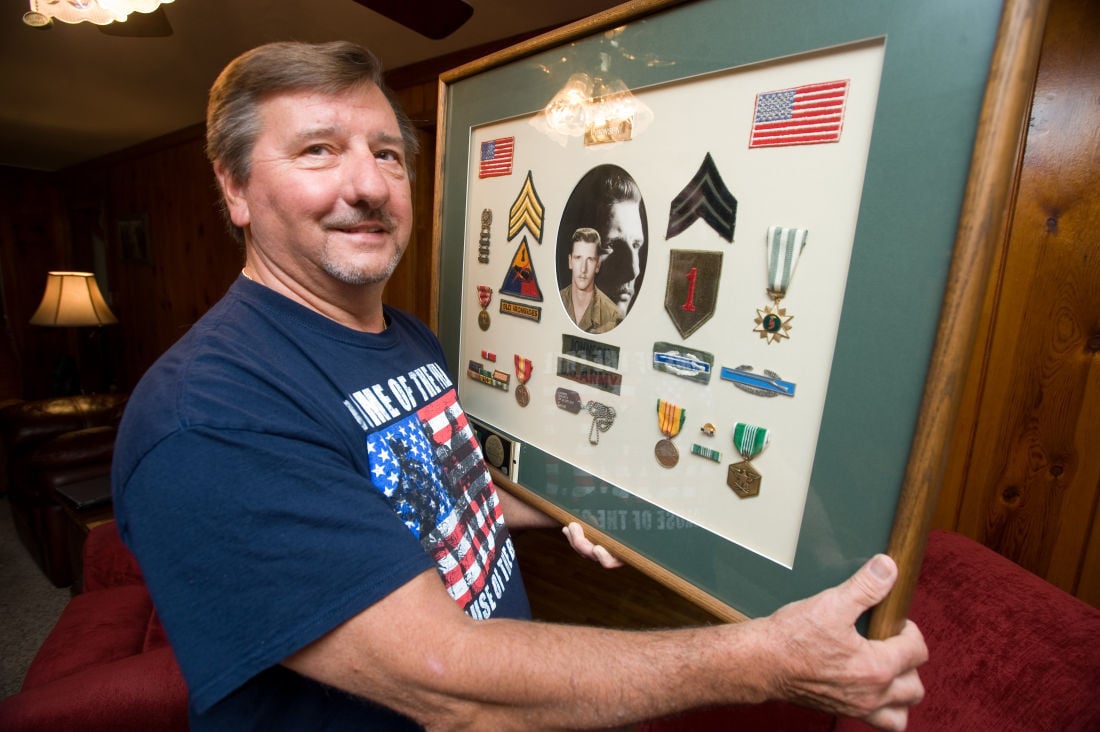 MATTOON -- Ed Johnson was deployed with the 1st Infantry Division when the Viet Cong and the North Vietnamese army launched their large-scale Tet Offensive in January 1968.

Attached to a mechanized infantry unit at the time, Johnson said the surge in fighting throughout South Vietnam felt like business as usual for his unit in the area they patrolled along Highway 13 approximately 50 miles northwest of Saigon.

"We got little Tet offensives all the time," Johnson said. "It was nothing new to our unit."

The longtime Mattoon resident, who grew up in Westfield, said his military service began when he was drafted in June 1967 and then sent to Vietnam in December for a year-long deployment.

Johnson said he was attached to a unit of armored personnel carriers that cleared mines from Highway 13 and secured the roadway for convoy traffic. He said his unit also conducted "search and destroy" missions to go out and look for Viet Cong guerrillas.

Soon after arriving at his Lai Khe base camp, Johnson said a platoon sergeant told him the best job in the unit was being point man. Johnson said he ended up serving in this role, which put his compass and map-reading skills to the test.

Johnson said he looked out for booby traps and other dangers as point man, while always being aware of the unit's exact location in case they needed to call in airstrikes.

"You have to keep track of where you are at at all times. It was my responsibility to not walk us into harm's way," Johnson said. By doing a good job as point man, Johnson said he was able to earn the respect of the other soldiers in his unit and his superiors.

Johnson said he served in this post for five months until he got burned out and switched to driving an armored personnel carrier. Johnson said he suffered the most significant injury of his deployment when his carrier hit a mine. He said the explosive force knocked his jaw and teeth loose, and gave him a concussion.

His unit patrolled an area not far from Ho Chi Minh Trail that North Vietnam used to send fighters and weapons southward, Johnson said. A regiment of more than 1,200 soldiers from the North Vietnamese army ambushed his unit on April 3, 1968, Johnson said.

"They devastated our unit that day," Johnson said, adding that his platoon had 12 soldiers left on duty after 20 others were killed or wounded. "We had to rebuild our platoon."

Johnson said he and fellow soldiers often built up a "survivor wall" so that they would not get close to anyone. He said they never knew whether the soldier next to them would still be there the next day or next week. Still, he said they looked out for and respected each other.

In December 1968, he concluded his deployment. Johnson said his mother greeted him at home with the dress hat that he had taken off and given to her when he left. She made him promise to come back and pick up his hat.

Johnson said his mother kept this hat on top of the television in the living room the whole time he was overseas and even sent a photo to show that it was waiting for him.

As a civilian, Johnson began a career in law enforcement. He served from 1979 to 2003 with the Mattoon Police Department, retiring as deputy chief.

"(My military service) proved a lot to me about what I could do. I felt very confident," Johnson said. "It was a million dollar experience, but I wouldn't take $10 million to go through it again."

Vietnam veteran Ed Johnson is shown with his display of rank, medals and memorabilia at his residence near Etna on Tuesday.