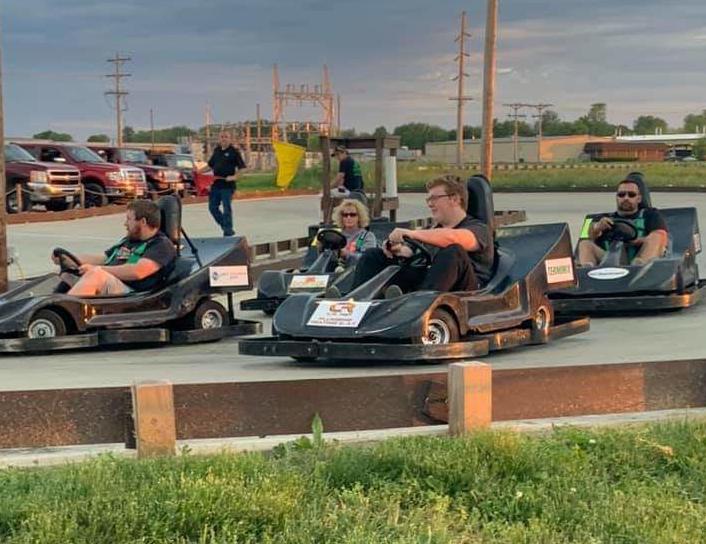 Go-cart drivers race around the course during one of the recent league nights that Zax Trax in Mattoon has started hosting at 7 p.m. every Monday. 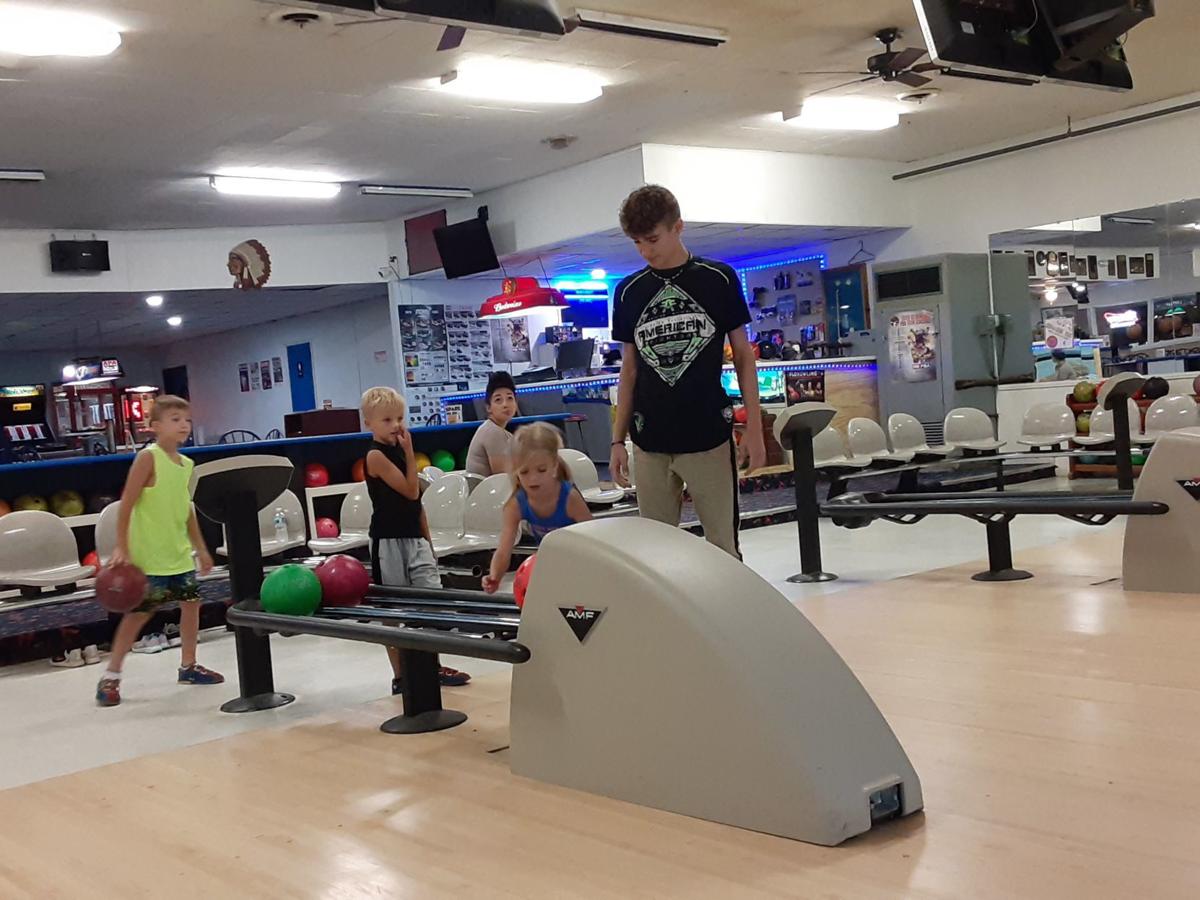 Opportunities for bowling, playing arcade games and visiting other recreation businesses in Coles County will increase on Friday, June 26 as Illinois enters Phase 4 of its COVID-19 pandemic response guidelines.

Mayes said he used the closure as a chance to retool the alley's bowling machines, wax the lanes, and shampoo the carpets. He noted that Lucky Strike, 1310 E. St., starting offering outdoor beer garden and karaoke earlier in June. Mayes said he has kept getting questions from league and regular bowlers about when the alley will return to normal.

"They are anxious to come back to bowling and I am anxious to get them back in here," Mayes said, He noted that Lucky Strike will only be able to host up to half of its maximum capacity of 250 customers during Phase 4. He said customers will be asked to leave their bowling balls and shoes in their lanes after they bowl so that staff can sanitize them.

Mattoon Lanes, located on north U.S. Route 45, announced on its Facebook page that it plans to reopen on Friday and listed the safety precautions that it will need to follow. For example, the alley will leave a lane open next to each lane that is in use, have customers sign in, and have bleach wipes available for customers to use.

Co-owner Jim Jackson said they look forward to seeking their bowlers again and resuming league nights. Jackson said he has been following the reopening of bowling alleys in other states and has seen that customers there are cautious at first about returning but soon get back to their bowling routine.

Co-owner Zachary Haifley said Zax Trax, 1120 Old State Road in Mattoon, is an open air venue, so they decided to reopen for the season in early May. He added that they would normally reopen in March. They have posted social distancing reminder signs at the go-cart track and have wipes available for drivers to use.

Haifley said Zax Trax, which opened in 2018, has upgraded its fleet of go-carts and off road mud carts for the 2020 season and started offering league racing nights at 7 p.m. every Monday.

"We have done really well this year. This is by far the best year we have ever had. It keeps building," Haifley said.

Owner Robb Perry said he plans to reopen his Planet Entertainment arcade, 1513 Old State Road in Mattoon, on Friday after having to keep it closed since mid-March. He opened the arcade in spring 2019 next to his Great Food & Spirits restaurant. Planet Entertainment offers a variety of virtual car racing games, claw games and arcade video games, plus concessions.

Terry Carpenter with Silver Star Skate Center, 1505 N. U.S. Route 45 in Mattoon, said they plan to reopen the roller skating rink around Aug. 1. He said they will focus on Saturday skating initially, and then start offering Friday nights and Sunday afternoons in September.

"We have a little bit of renovations we have been doing, so we are going to be finishing up some of that in July to get ready," Carpenter said. He added that they also are taking steps to meet Phase 4 precautions.

KAZ Amusements & Entertainment co-owner Zach Klingler said he is waiting for additional information from the Illinois Department of Public Health before making plans to reopen his escape rooms in Charleston.

Klingler said he has not resumed offering inflatable games for public events yet, but has resumed providing these activities for birthday parties and other private functions while increasing sanitizing measures. He said the rented inflatables have gotten good feedback from families whose children had been cooped up by public playgrounds and swimming pools being closed during the pandemic.

"It's great. I've had lots of people say they enjoy having us out," Klingler said.

Gov. J.B. Pritzker on Monday released guidelines about what businesses and industries reopen Friday as the state moves into Phase 4 of the Restore Illinois plan.

GNC has announced that its Cross County Mall location is one of more than 240 stores that it will permanently close in the near term as this vitamins and supplements retailer restructures after filing for bankruptcy on Tuesday.

Eastern Illinois University board to vote on tuition increases

The Eastern Illinois University Board of Trustees is scheduled to consider increasing student tuition when it meets at 1 p.m. Friday, June 26.

Mattoon Township road to be closed for culvert work

The Coles County Highway Department has reported that a road that intersects with Lake Road in Mattoon Township will be temporarily closed for construction starting Monday, weather permitting.

Go-cart drivers race around the course during one of the recent league nights that Zax Trax in Mattoon has started hosting at 7 p.m. every Monday.