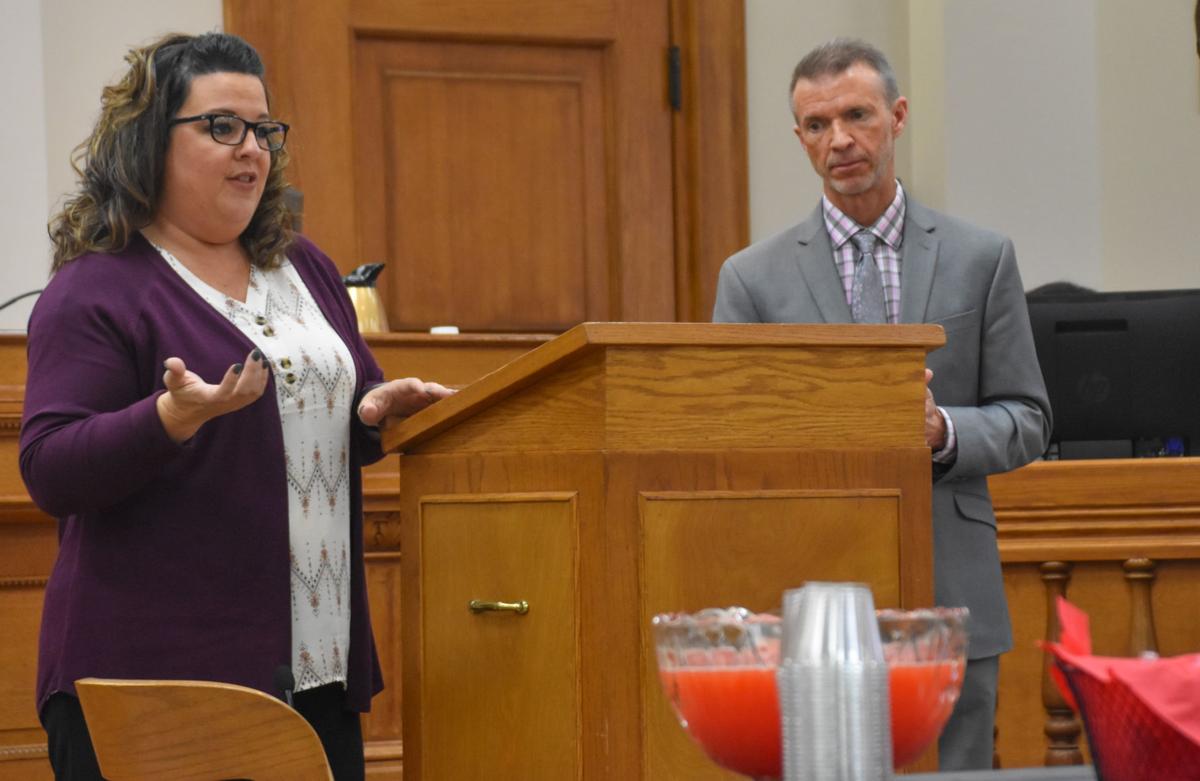 Coles County probation officer Maria Moran, the county's drug court officer, speaks Thursday during a ceremony in honor of the 15th anniversary of the start of the drug court program. Looking on is Circuit Judge Brien O'Brien, the judge currently overseeing the program. 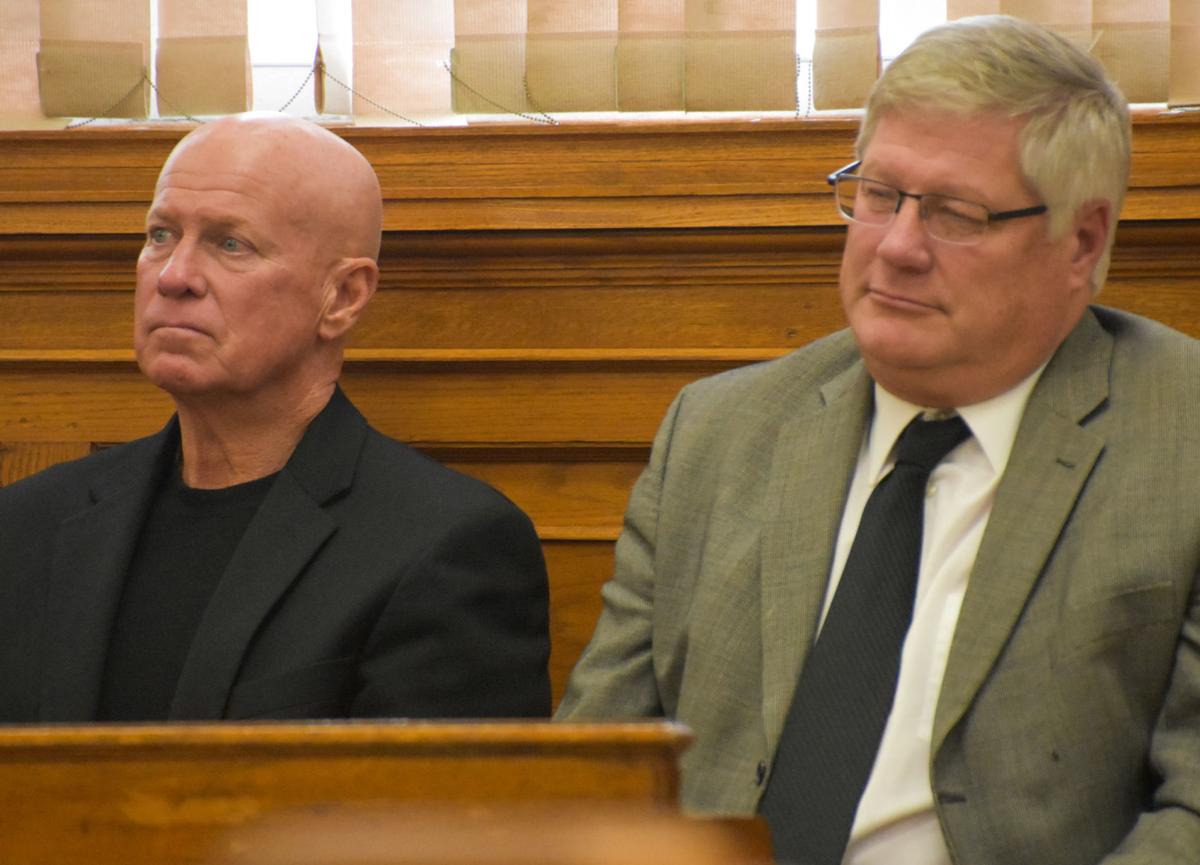 Former Coles County probation office Director Steve Kelly, left, and Circuit Judge Mitchell Shick attended the ceremony. Kelly was the drug court officer and Shick was the program's judge when it started in 2004.

He next met with a man who admitted using drugs while in the program, asking him "what were you trying to accomplish."

"Tell me what you should have done," O'Brien said to the man, referring to the drug court's support system.

The judge also allowed another participant to move from one phase of the program to another, less restrictive one after asking her why she felt she was ready for it.

"I feel like I'm living a life I never thought I would," she said.

Shortly after that, O'Brien and others turned to another recognition, one of the 15th anniversary of the start of the program designed to help people end drug abuse.

Noting the connection between drug use and many types of crimes, he told how those who go through drug court are far less likely to commit more crimes than those who serve prison time.

"Rather than accepting this vicious cycle, drug court strives to change that," O'Brien said. "Our goal is to change behavior on a long term or hopefully a permanent basis."

O'Brien currently oversees the drug court program that had its first participant placed on Oct. 29, 2004. In some cases, those who take part can avoid a record of a conviction if they complete the program successfully.

Of the 197 participants, 133 graduated from the program, he said. He added that, "more significantly," 85 percent of graduates did not commit new felony offenses within two years.

There's misinformation about the program, O'Brien also said, and many see it as a "slap on the wrist." However, it actually involves "an extremely high level of supervision," he said.

In addition to county officials, several current and past drug court participants attended Thursday's ceremony at the county courthouse.

Jill Buchar, a 2013 graduate of the program, said before she entered drug court she "got by but I never changed." At one point, she related, her probation officer told her, "you're going to die," and "she was right," Buchar said.

During her time in drug court, she passed testing for the job she now has, Buchar added.

"We're going to box you in really hard and tight" until the time comes when the participant shows "I can do this," she said.

Circuit Judge Mitchell Shick attended the ceremony and recalled how he and others first explored drug court as "just as idea" of how to possibly address the methamphetamine epidemic of the time.

"I'm absolutely proud of where drug court is," he said.

Steve Kelly, retired probation office director who was the program's first drug officer, said he and others "had no idea" at the time if the program would work.

"Like any good program, it evolves, it gets better," he said.

CHARLESTON — Traffic stops led to the recent arrests of two men for having methamphetamine, according to Charleston police.

CHARLESTON — Snow falling in the Coles County area at the end of October as it did Thursday is a real Halloween trick.

MATTOON — Recent weather conditions led to the cancellation of a Special Olympics bocce competition that was set to take place in Mattoon Saturday.

An area medical helicopter service is moving its Coles County facility to the grounds of Sarah Bush Lincoln Health Center.

A Coles County man, identified as a 25-year-old from Rardin, died after the truck he was driving overturned on Illinois Route 130 at the Douglas County line, according to Illinois State Police.

Coles County probation officer Maria Moran, the county's drug court officer, speaks Thursday during a ceremony in honor of the 15th anniversary of the start of the drug court program. Looking on is Circuit Judge Brien O'Brien, the judge currently overseeing the program.

Former Coles County probation office Director Steve Kelly, left, and Circuit Judge Mitchell Shick attended the ceremony. Kelly was the drug court officer and Shick was the program's judge when it started in 2004.