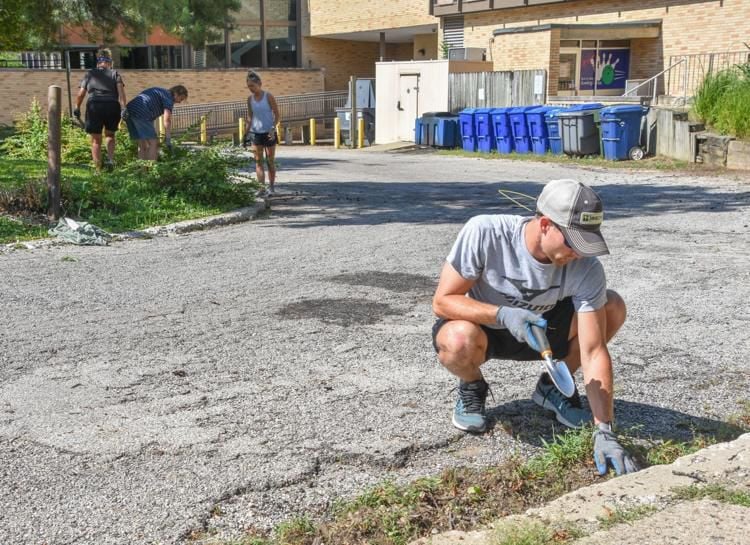 Volunteers spent time on the Eastern Illinois University campus in July to help improve its appearance ahead of the start of the school year. EIU announced this week that enrollment increased for the second year in a row. 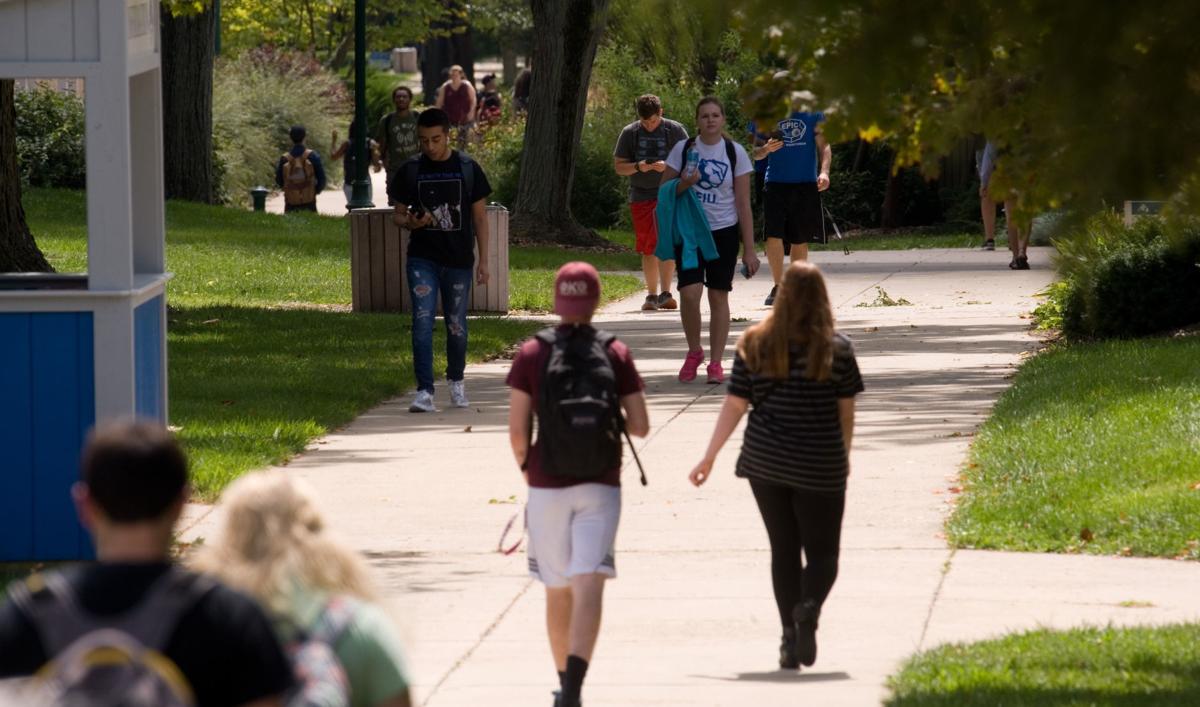 Eastern Illinois University students walk on the school's campus during the start of the 2018-19 school year. The university announced this week that enrollment showed a 3.7% increase.

Volunteers spent time on the Eastern Illinois University campus in July to help improve its appearance ahead of the start of the school year. EIU announced this week that enrollment increased for the second year in a row.

Eastern Illinois University students walk on the school's campus during the start of the 2018-19 school year. The university announced this week that enrollment showed a 3.7% increase.

CHARLESTON -- Enrollment at Eastern Illinois University increased for the second year in a row and included a nearly 100-student jump in first-time college students.

That's according to the 10-day enrollment figures the university released this week, showing an overall increase of 3.7% from a year ago.

The figure for the 10th day classes, the nationally accepted standard for tracking university and college enrollments, was 7,806 students compared to 7,526 in the fall of 2018, according to the university.

He said freshmen enrollment numbers included a 48% increase in students who live within 60 miles of Charleston.

“Once again, our freshman enrollment numbers have been phenomenal,” Norman said. “Clearly, EIU is reinforcing its reputation as a first-choice option for higher education in Illinois, and doing its part to keep Illinois’ best and brightest students right here in their home state.”

The overall increase for this year's freshmen was 12.5%, a total of 888 compared to 789 a year ago, according to the university's announcement.

It also said the number of freshmen and sophomores enrolled in on-campus classes increased by 10%.

This year's enrollment increase follows one of just more than 7% a year ago, which was the first increase in a decade. Enrollment at the start of the spring semester in January also showed a 7% increase.

Volunteers turn out to spruce up EIU campus

In addition, the number of transfer students increased by 50% and international student enrollment increased slightly, the announcement said.

"These options are growing in popularity because they offer busy students in-demand programs and flexible learning options for earning college credit while still in high school," Gatrell said.

Also in the announcement, EIU President David Glassman credited the university's faculty and staff for "tireless work" to help make Eastern "a first-choice option for higher education in Illinois."

A new contest plus some new food and craft vendors will highlight this year's Arcola Broom Corn Festival. The traditional weekend-after-Labor Day celebration begins Friday with activities including the popular National Broom Sweeping Contest at 4 p.m.

Reporting like this is brought to you by a staff of experienced local journalists committed to telling the stories of your community. Support from subscribers is vital to continue our mission.

Thank you for subscribing

🤤 Chow down with your Food & Drink newsletter!

Celebrate your milestone with the JG-TC!

Alamo Steakhouse and Saloon: Call us to make your reservation!