MATTOON — Much of Gaines Field was cleared down to bare earth this fall as part of an ongoing construction project for Mattoon High School's aging athletics facilities.

Now, the football and track complex is scheduled to be built back up in upgraded form in coming weeks while other work proceeds at the baseball diamond, soccer field and tennis courts.

The project's scope includes installing new synthetic turf for the football field with a shock pad, plus new synthetic turf for the baseball infield and soccer field. It also includes a new backstop and tension netting, batting cage and bullpens for the baseball field; a new running surface that will have a gray track with black exchange zones; and tennis court resurfacing with reinforced concrete and a hitting wall. Lighting upgrades are planned, too.

Metzger said plans call for track asphalt paving to start Oct. 21 or 22, weather permitting. He also said contractors are smoothing "tons and tons" of gravel into a base for the football field turf that is set to be installed in early November.

The school board heard a project update Tuesday night from Byrne & Jones Sports Construction of Bridgeton, Missouri, which is leading this project.

Project manager Dalton Pafford and general manager Jameson Sheley said baseball and soccer earthwork will start in November and then these two facilities will get new turf after the football field. They said the tennis court concrete work also will take place in November, followed by tennis and track surfacing in the spring.

Superintendent Tim Condron noted during this presentation that the electrical and fiberoptic upgrades to Gaines Field also have the potential to facilitate live broadcasting by sports news organizations and other groups, including students.

"The idea behind this is to make sure that we are future ready for some streaming down the road, as well as to potentially tie into the broadcasting and communications pathway for LIFT," Condron said, referencing vocational program at the district's planned Leaders Innovating for Tomorrow regional high school career training center.

High school Athletic Director David Vieth said the tennis teams have been using Lytle Park courts for practices and matches. He said the boys soccer team's last few games of the season have been on the road, so this cleared the way for drainage work to start at their field.

"I really appreciate how everyone has adapted," Vieth said. "The kids and coaches have done a great job of making things work."

The upgrade project also aims to improve storm water flow around campus and the flood-prone neighborhood to the south. Pafford said contractors have dug two detention ponds and connected them with a new drainage line on the south edge of campus next to Dakota Avenue.

"The ponds are holding water already, which is what they were designed to do," Pafford said. Contractors plan to conduct campus parking lot drainage renovations Nov. 10-13 while students are out of school for the long Veterans Day weekend.

The district is funding the $4.4 million athletic facilities upgrade project through a $2 million state grant and part of the revenue from issuing $13 million in debt certificates for various capital improvements. The district plans to pay off the certificates over 10 years with revenue from the county schools facility sales tax, not property taxes.

PHOTOS: Mattoon vs. Charleston in the 2021 Coles County Clash

Matt and Anna Miller's children love trick-or-treating, but they also like seeing everyone else's costumes, so their family takes time every Halloween to give out candy at their Mattoon home.

The Mattoon City Council is scheduled Tuesday to vote on firefighter and police officer personnel changes necessitated by retirements.

60th anniversary of the biggest nuclear bomb blast of all time

60th anniversary of the biggest nuclear bomb blast of all time 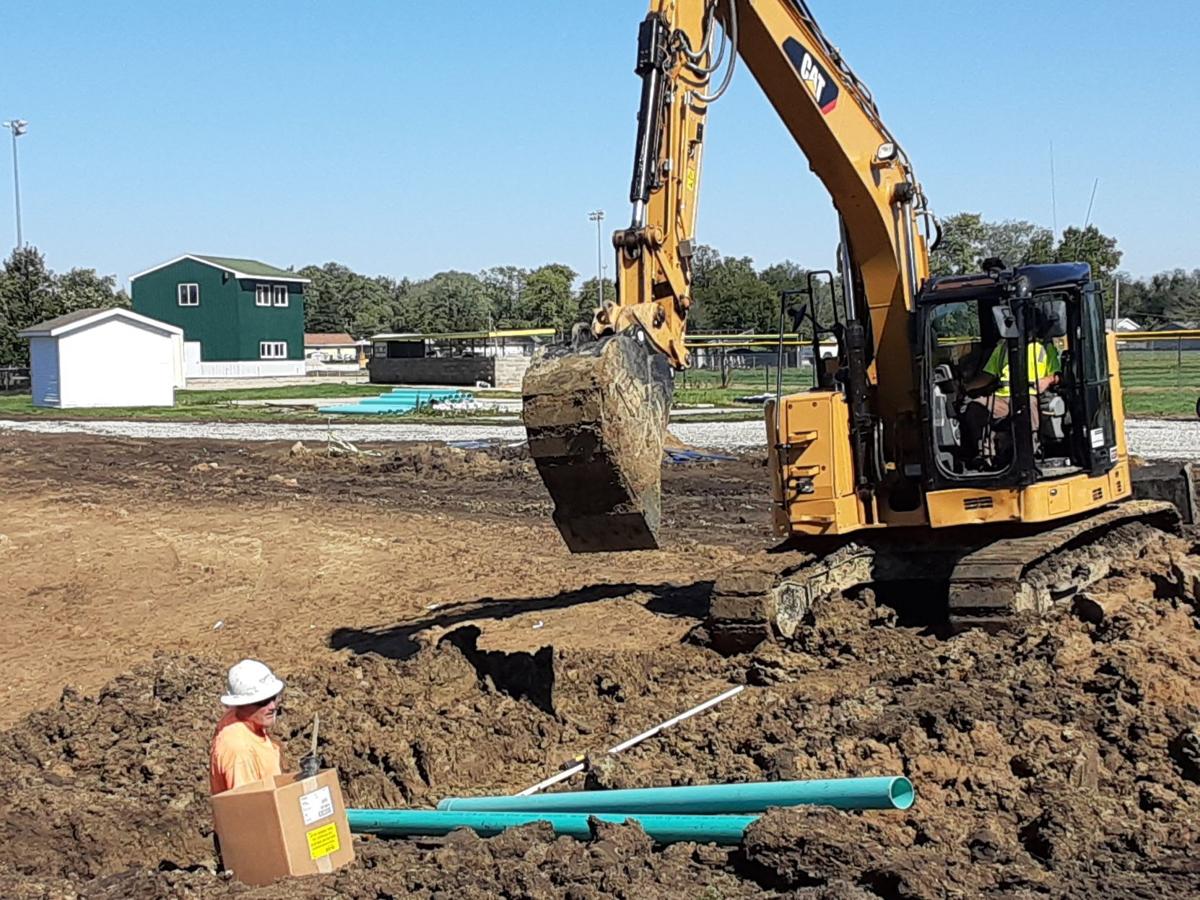 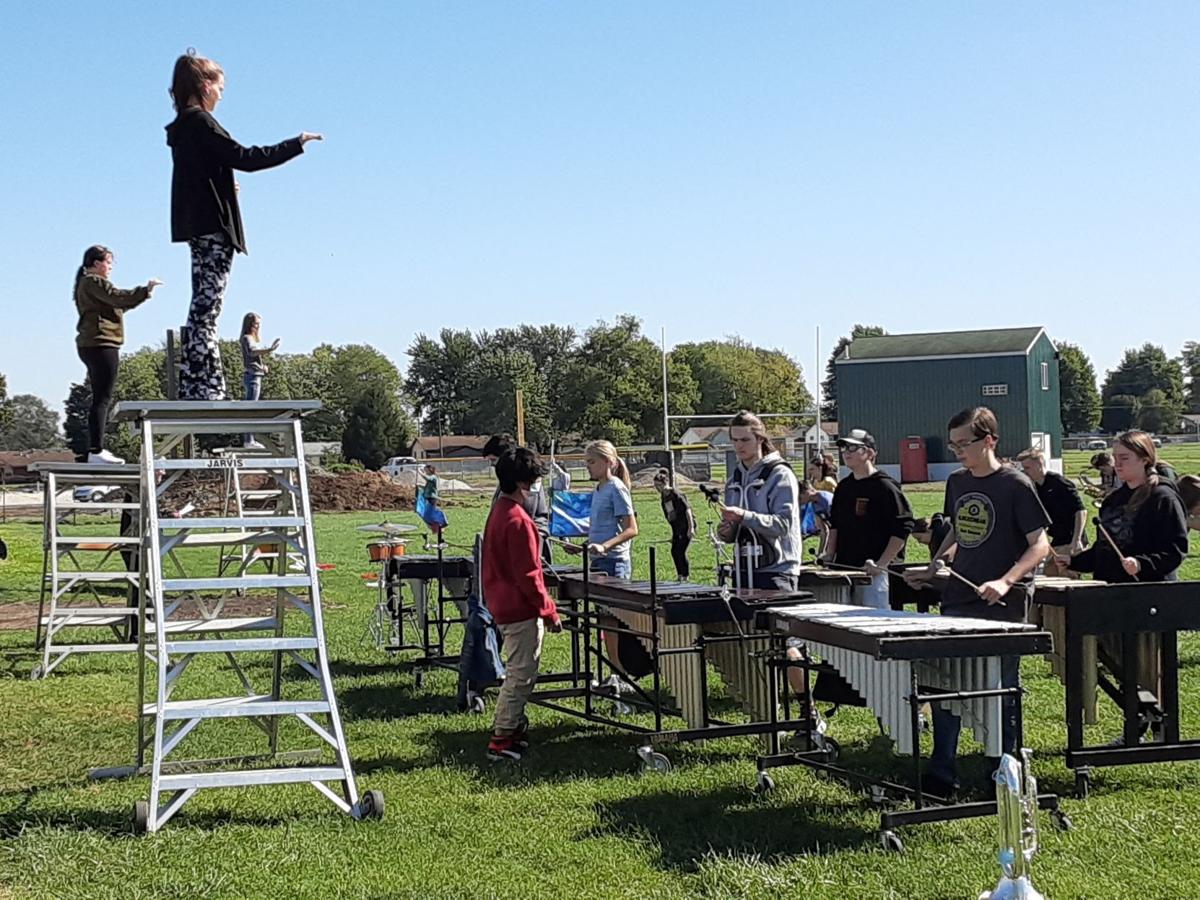 Mattoon High School band members practice Tuesday afternoon on campus, where construction work can be seen in the background at the Gaines Field football and track complex, and the baseball field. 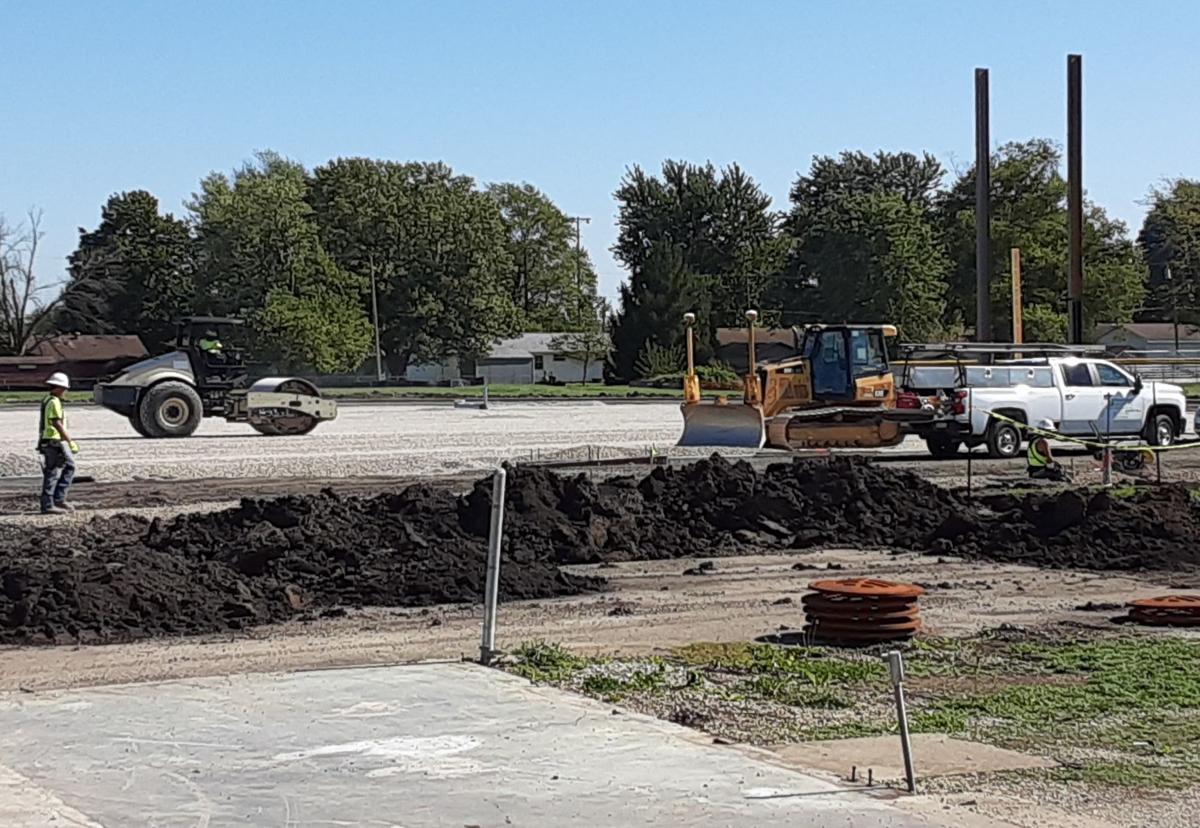 Upgrade work was underway Tuesday afternoon at the south end of the Gaines Field football and track complex at Mattoon High School.