Editor's note: For more about the plans, check out this related story.

MATTOON — The City Council's five members see economic development potential in the proposed Mattoon Sports Complex, but two would like to revise the financing.

Mayor Rick Hall and members Jim Closson, Dave Cox, Sandra Graven and David Phipps are set to vote on the city's intent to support this project during their meeting at 6:30 p.m. Tuesday at City Hall.

Closson said he appreciates that Mattoon-based Rural King will donate 110 acres near the southwest corner of Illinois Route 16 and Interstate 57 for the complex. A Remington Road-I-57 business district, including the complex, would be created to help with project financing.

Closson said he is not in favor of rebating 1.5% of city sales tax revenue in the district to the project. He said if the district generates $50 million annually, the city budget will lose out on $750,000 every year and a total of $15 million over 20 years.

"As this project is currently structured, Mattoon's city budget only benefits with 1.5% sales tax in the ancillary areas outside the business district," Closson said. "Additionally, the city is rebating all new property construction taxes and all hotel taxes."

Closson said the city will need the district's sales tax revenue to meet extra police, fire and public works costs if the complex annually draws up to 250,000 visitors. He also has concerns about competition from other existing or planned sports complexes in the region, and about the Mattoon complex's maintenance expenses possibly necessitating tax rebatements for many decades.

Still, Closson said he would support the project if the city retains its needed sales tax revenue and if the project secures the required property tax rebate agreements from the Mattoon school district, Coles County and Lake Land College.

"If this project is successful, it will bring people to our community and contribute dollars to the local economy, as well as construction dollars during all phases of the project," Closson said.

Cox said the project has been well-vetted in terms of the cost and revenue projections by multiple professional sources. He said he feels confident in the project's analysis and that it will make a significant positive impact for Mattoon.

"This is a transformative project that happens maybe once in a generation," Cox said. "We have the opportunity to build our community through economic development in just a couple of years with what would take more than 20 years to accomplish."

Cox said this project builds on Mattoon’s history of leadership in youth sports events. He said the complex will give a great first impression to travelers on I-57, adding it will be "great marketing."

Mattoon residents will also benefit from the project area including a 126,000-square-foot indoor sports and events center, a new walking path, and a tie-in to the Lincoln Prairie Grass Trail to the north, Cox said.

In addition, Cox said, increased weekly visitors will draw added retail and restaurants from "names you typically see in larger population areas." He said the project will bring increased revenue of approximately $1 million per year to the city budget, which is drastically needed.

"This is why I call it a transformative project and an opportunity that we cannot afford to miss by being timid," Cox said.

Graven said a lot of leg work has gone into the viability of the complex, including work by the Mattoon In Motion community planning effort. She said economic development goals long have been in the forefront of this effort and many community leaders, including Rural King.

"All those involved with this project should be commended and praised for working on bringing what could be potentially a great boost to Mattoon's economy," Graven said.

If the complex comes to life, Graven said she foresees a growth in retail, restaurant, and other businesses. She said the project will also spur increases in housing development and tourism.

"With people from out of town coming to Mattoon and spending money, it can only benefit the city and businesses by added sales revenue, hotel revenue and showing off what Mattoon has to offer," Graven said.

Given current inflation and supply shortages, Graven said getting this project done in a timely manner and within budget is a concern. She said this may present a challenge, but she has faith in the project and its organizers.

The city will need to monitor the impact on the community to ensure that things are progressing and that it is seeing the projected increase in revenue, Graven said.

Hall said Rural King brought forward the idea but has aimed for it to be a citizens' project by getting as many people involved as possible. He said Mattoon in Motion named a sports complex committee with responsibilities that included raising $10 million in donations for the complex. He said this committee has pledges of more than 70% so far.

The mayor said the complex will annually bring hundreds of thousands of visitors from 300 miles away or more to purchase goods and services from new and existing businesses. He said this facility will offer indoor and outdoor sports courts and fields.

Hall said the complex is intended to be used in off-peak times by local sports teams. He added that community groups will be able to host business meetings, concerts and other large events there.

"Any project of this size will raise some concerns. From the beginning, we have minimized the risks and evaluated those risk factors against the potential gains," Hall said. He said a planned non-profit corporation, not the city, will borrow money, accept donations and issue bonds for this project.

The development process has not been completed yet but is proceeding as planned, Hall said. Organizers still need to receive construction bids and confirm commitments from prospective new businesses, he said.

Phipps said Rural King has done a remarkable job with the proposal. He said sports tourism is big business nationwide, as evident in new sports complex projects in Springfield and Rantoul and in feasibility studies in Effingham and Terre Haute, Ind.

"Since this is not going to a public referendum, five people are being asked to spend future taxpayer money and fund a $50 million dollar project covering 24-30 years. We must get this right before proceeding," Phipps said, adding that he has talked with finance and legal experts. "I support this project if the financing is reworked, and it can be. It's a bold initiative."

Phipps said his concerns include the city giving up sales tax, property tax and other revenue within the development area plus the new sales tax for Walmart, Home Depot and other existing areas in the business district for 24-30 years for athletic facilities that will have a lifespan of 15-17 years before replacement.

Foregoing the revenue for this long does not match similar sports center project financing around the country, Phipps said. Most of these projects are funded privately with only a portion of the new taxes rebated and are capped at a percent of the overall project cost, he said.

In addition, Phipps said giving up this revenue could further impair the city's debt rating and the ability to bond in the future. He said he is also concerned about the city giving up control under the current proposal to a non-profit even though the city is the project's majority funding stakeholder.

"By reworking the development agreement, we can make this project more palatable to the citizens and the stakeholders," Phipps said. 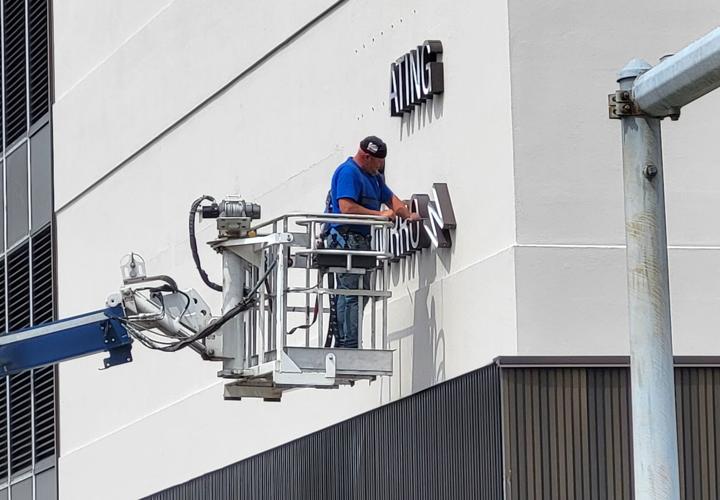 Monitor Sign Service Inc. of Mattoon began installing the Leaders Innovating for Tomorrow signage Thursday afternoon on the exterior of the Mattoon school district's planned regional high school vocational center downtown. The center is scheduled to open this fall and serve students from Mattoon and the surrounding area. 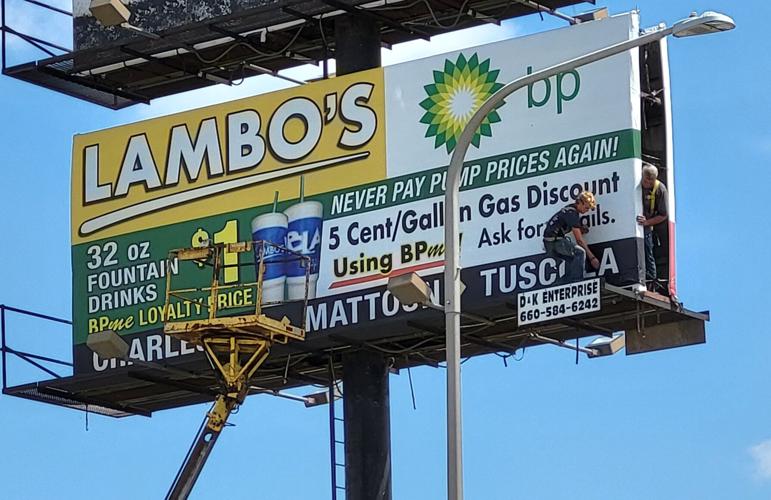 Two contractors are pictured late Thursday morning working on a billboard high above the 900 block of Charleston Avenue/Illinois Route 16 in Mattoon. The billboard is located on the north side of this roadway, just west of Ninth Street. 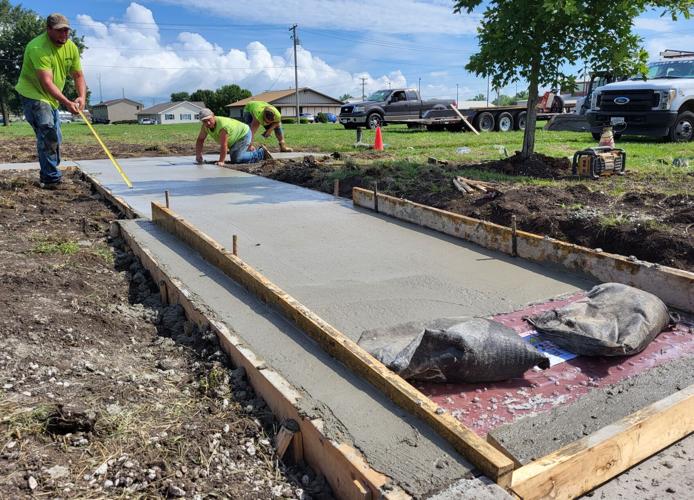 Busy day for contractors in Mattoon

Contractors were out working on several projects on Thursday in Mattoon, including the first exterior signage on the Mattoon school district's Leaders Innovating for Tomorrow regional high school vocational center downtown Mattoon.

Monitor Sign Service Inc. of Mattoon began installing the Leaders Innovating for Tomorrow signage Thursday afternoon on the exterior of the Mattoon school district's planned regional high school vocational center downtown. The center is scheduled to open this fall and serve students from Mattoon and the surrounding area.

Two contractors are pictured late Thursday morning working on a billboard high above the 900 block of Charleston Avenue/Illinois Route 16 in Mattoon. The billboard is located on the north side of this roadway, just west of Ninth Street.

Council to vote on Remington, I-57 business district A2

With the start of a new school year just days away for many students, back-to-school shopping for supplies and other essentials is in full swing.

'I think it's very important for us to be prepared,' university official says

The proposed Mattoon sports complex has the potential to bring hundreds of thousands of additional visitors to our community on a yearly basis.

The Mattoon City Council plans to vote in August on indicating support for the sports center and authorizing further work to refine the plans.

The Mattoon City Council is scheduled to meet at 6:30 p.m. Tuesday, July 19 at the Burgess-Osborne Memorial Auditorium, 1701 Wabash Ave.

Public comments and questions on the sports complex proposal will be taken during Mattoon City Council July 19 meeting in Burgess-Osborne Auditorium.

A new state grant will fund streetscaping improvements on Broadway Avenue from 14th to 16th streets.

All the top issues heading into this year's midterms

All the top issues heading into this year's midterms

Rescuers flock to save parrots stranded by Ian

Rescuers flock to save parrots stranded by Ian 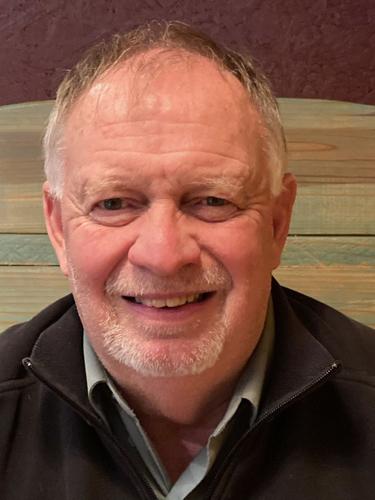 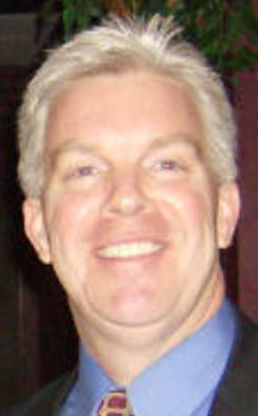 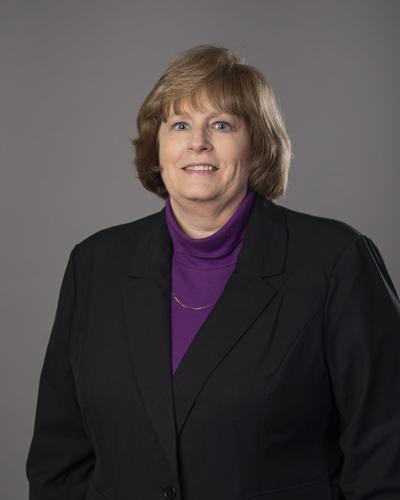 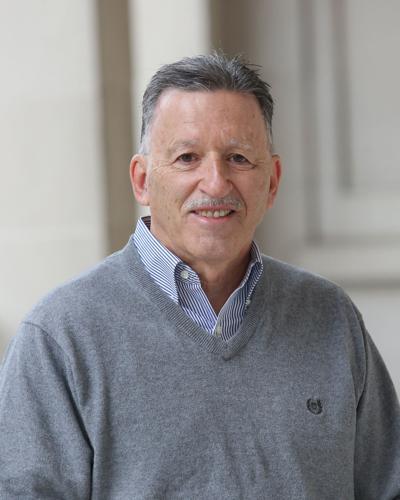 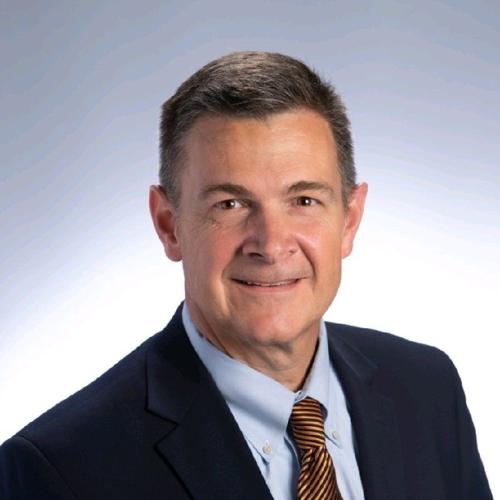