CHARLESTON — Stephen Szigethy has been serving the Charleston community for years, as a police officer with Eastern Illinois University and the Charleston Police Department, and as a veteran in Afghanistan. Now, he is sharing even more, with his family’s connection to an important piece of history — one that is often overlooked.

Szigethy is the son of Hungarian immigrant Steven B. Szigethy, who died in January 2020. His father fled to Canada in the wake of turmoil caused by the Hungary's revolution against the Soviet Union in the late 1950s.

“Whenever he left, he pretty much left with just the clothes on his back,” said Szigethy. “He didn’t really talk a whole lot about it.”

Szigethy did, however, remember several stories. His father was a participant in the Hungarian Revolution of 1956, which caused thousands of Hungarians to emigrate to the United States and Canada, and many others to lose their lives in the conflict.

Once, his father told him about how he and a group of the revolutionaries ran a firehose into the office of communist secret police and flooded the building, forcing those inside to exit.

“He knew what his participation would likely mean if he was caught,” said Szigethy.

Those interested in learning more about the Hungarian Revolution can visit EIU's Booth Library, where artifacts from the revolution are now on display. Some of the items belonged to Szigethy’s father, including several of his medals awarded to participants in the revolution, and a “pufajka” or “puffy” jacket that resembles the one Szigethy’s father wore when he came to the United States.

Also among the artifacts are a letter from a student publication, uncensored newspapers, and an old radio used to broadcast updates to those involved in the revolution.

“It’s right here in the heart of campus,” said EIU history professor Ed Wehrle. “Students can view this piece of history as they walk to class.”

The revolt actually began as a student protest before it spread throughout the entire country. The protest against the communist rule eventually led to warfare, resulting in the deaths of thousands of citizens. It also led to thousands of Hungarians needing to flee the country.

Szigethy’s father needed to move to Canada, leaving his mother behind for several years. After everything settled, he went back to school in Vienna and became a doctor. He eventually settled in Oblong, Illinois, with his wife, who was also an immigrant. She was born in Columbia.

Stephen Szigethy created the exhibit with the help of Sandor Vasony, who provided him with genealogy and information about his father.

Vasony was also a participant in the revolution when he was only 9 years old.

"I very much hope that you, as a visitor of the exhibition, will recognize the significance of the Hungarian uprising of 1956, the heroism of the Hungarian people, and learn about and remember the atrocities of the evil empire that has crippled the lives of millions starving for freedom for decades,” Vasony said in a message to Szigethy.

‘In the face of very, very difficult odds’

The Hungarian Revolution is not something often taught in U.S. classrooms, said Wehrle, because the United States did not really get involved, only sending small parcels of aid.

“My father, like many other Hungarians, hoped that help would come from the West, but help never came,” said Szigethy.

Still, Wehrle thinks now is an important time to look at the Hungarian Revolution because it is relevant, or it “rhymes” with current events.

“Those resonate a lot, and ‘rhyme’ a lot with what went on in 1956,” said Wehrle. “You look at what has recently gone on in Russia, with (Alexei) Navalny sitting in prison, protests in Iran, and women in the streets in Afghanistan facing down the Taliban knowing what the horrific results will be… I think the key ‘rhyming’ is bravery and courage in the face of very, very difficult odds.”

A local veteran and carpenter saw the 20th anniversary of Sept. 11, 2001, as a way to raise funds for the Neoga Fire Protection District and the Neoga Police Department.

The Charleston School board is expecting to receive a brief overview on its upcoming tax levy and an update from APEX Clean Energy on Wednesday night. 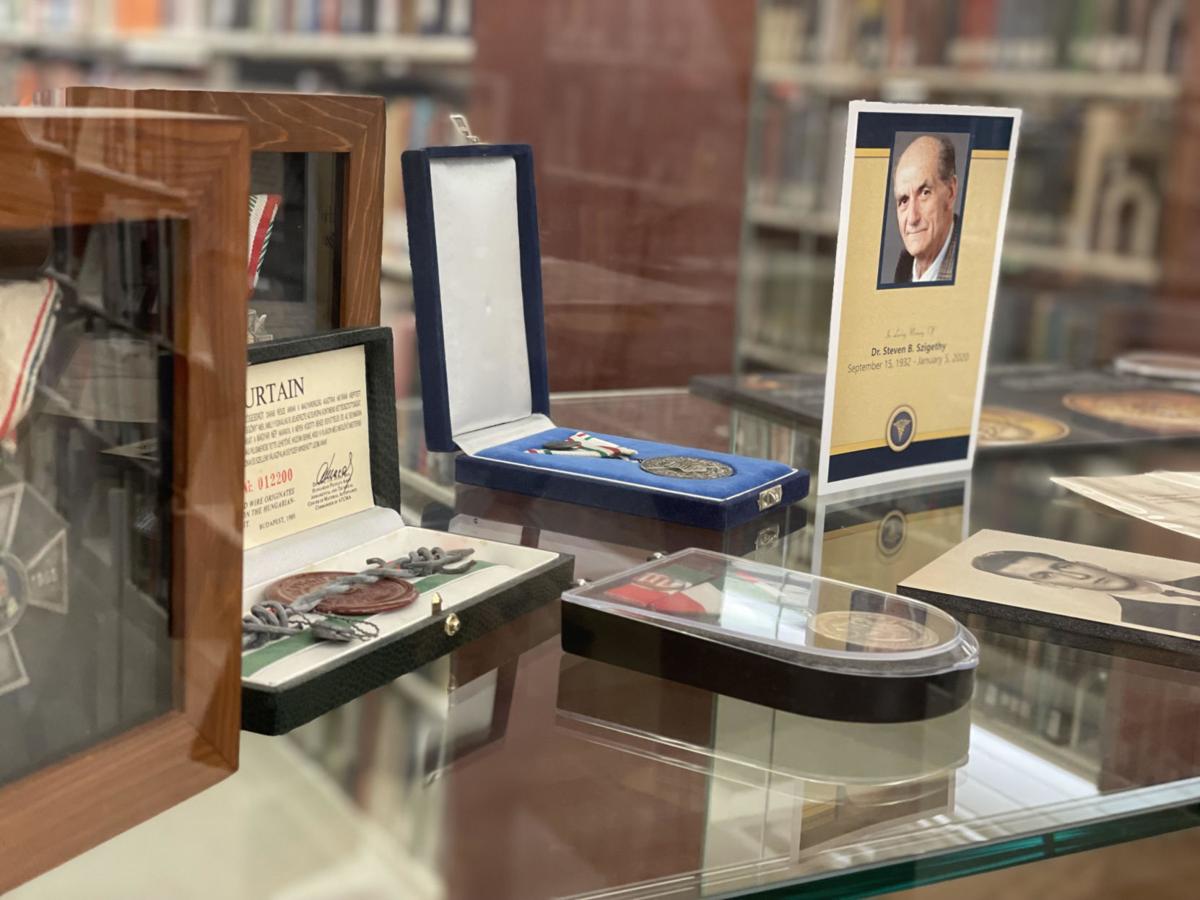 Medals awarded to the late Dr. Steven Szigethy for his participation in the Hungarian Revolution are now on display in Booth Library at Eastern Illinois University. 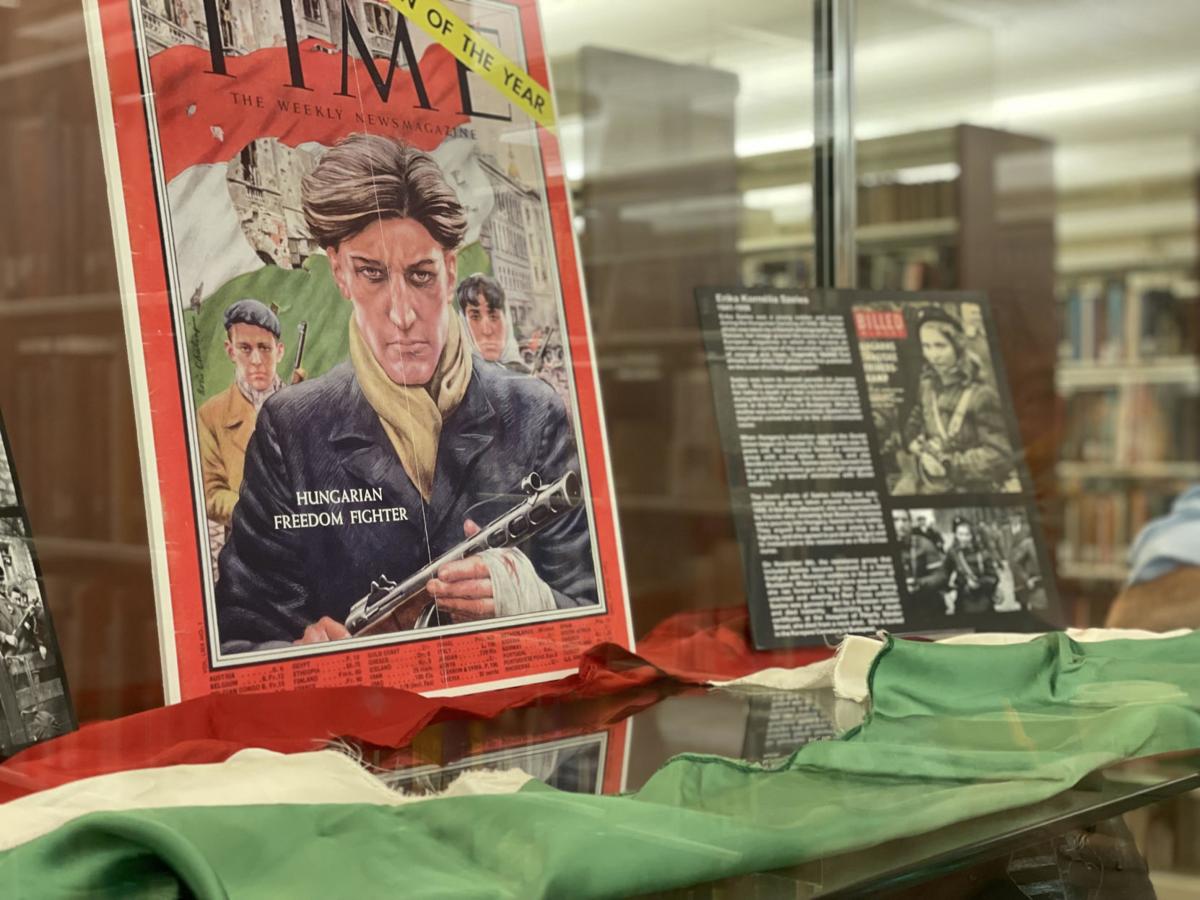 A replica of a Times Magazine cover, which showcased the "Hungarian Freedom Fighter" as Man of the Year in 1957, is on display now in Booth Library at Eastern Illinois University. 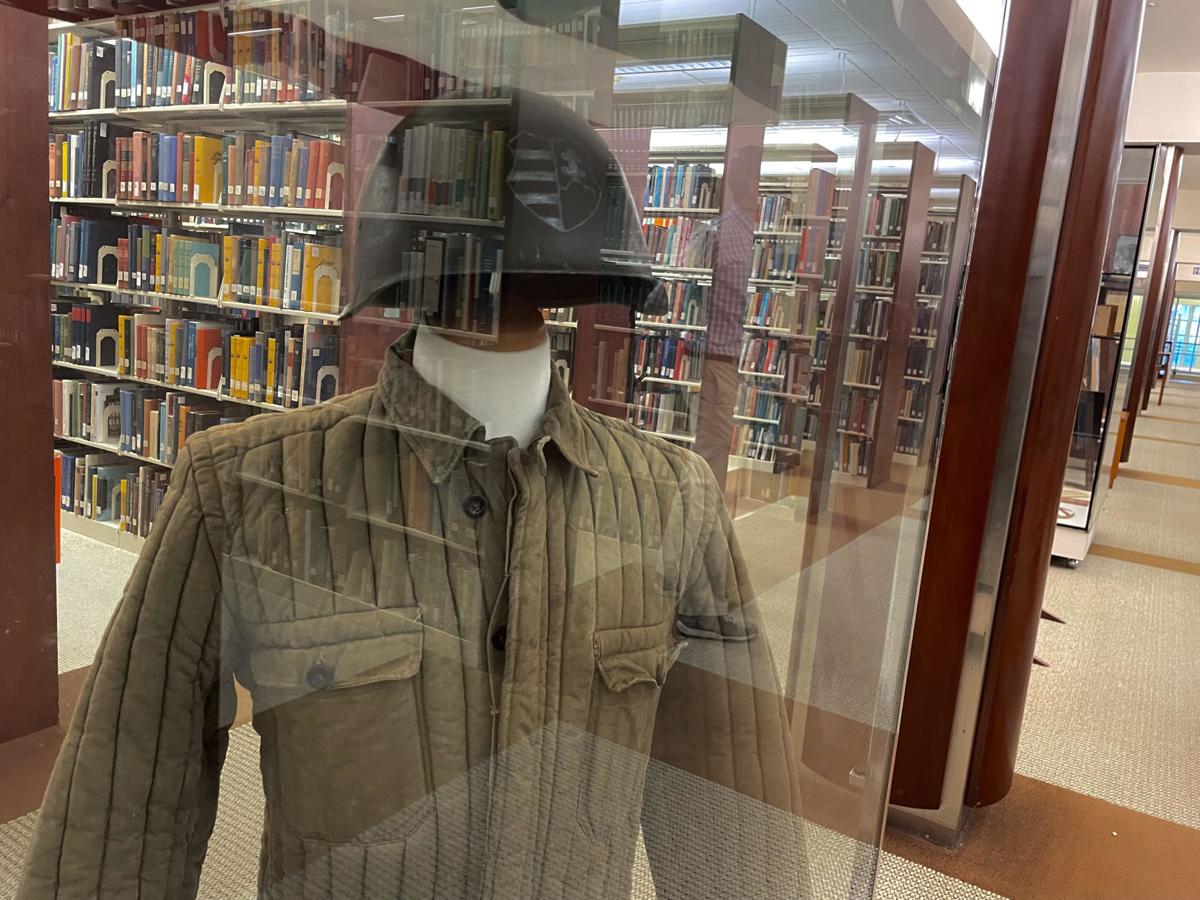 A replica of the jacket that Steven Szigethy wore when he first arrived in Canada is now available to view in Booth Library at Eastern Illinois University. 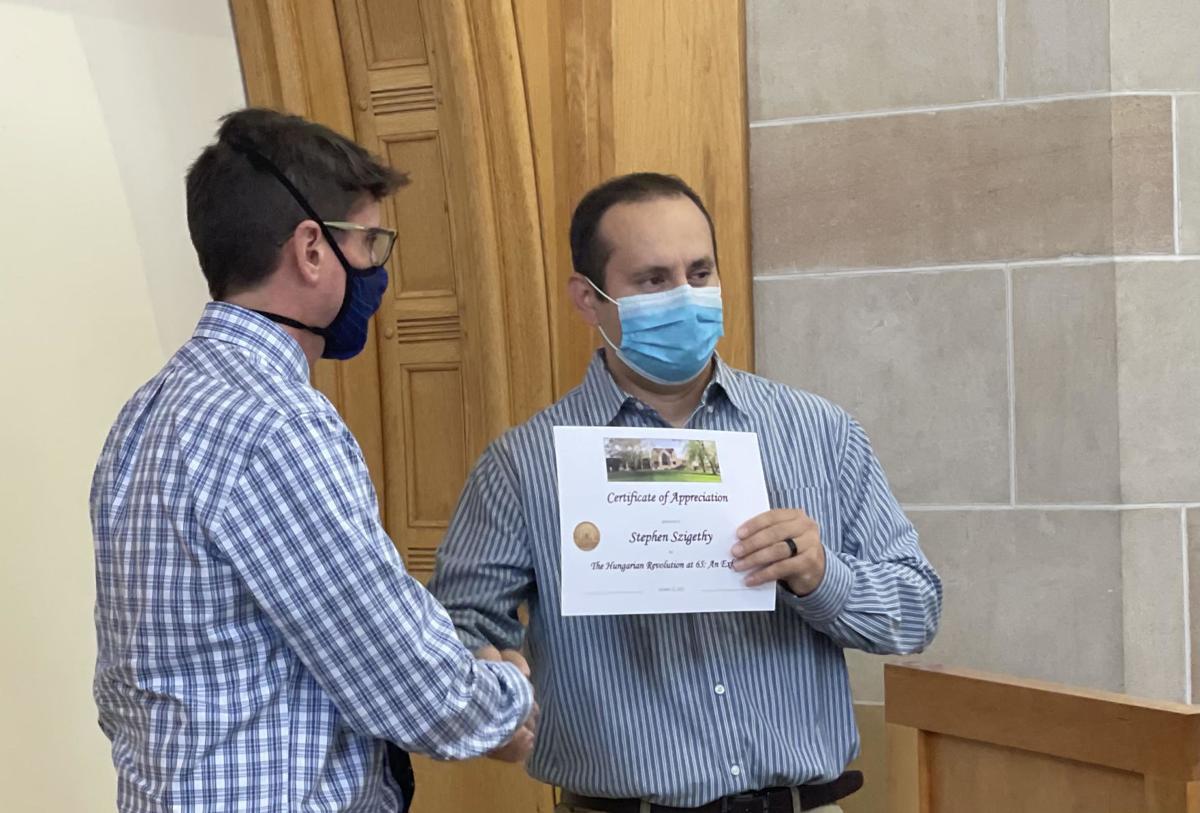