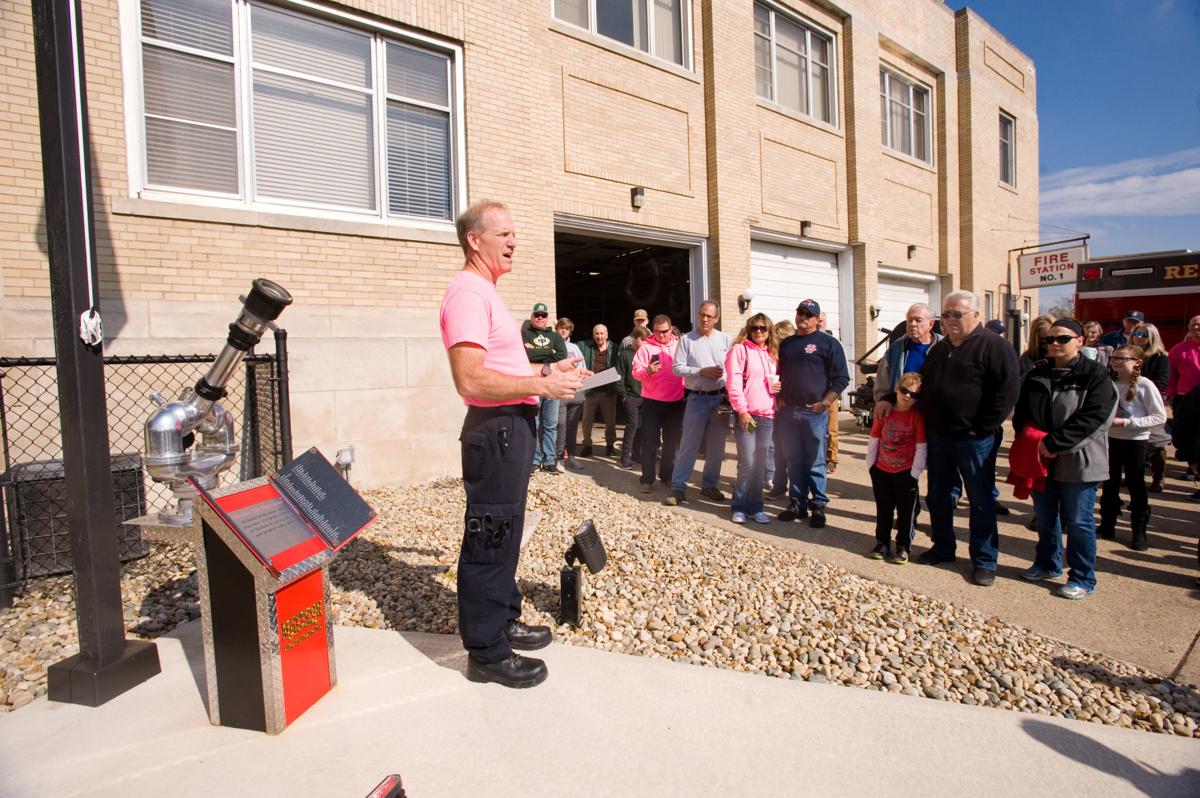 Engineer Bart Owen speaks during the dedication ceremony for the new Mattoon firefighter memorial on Saturday at the City Hall fire station. 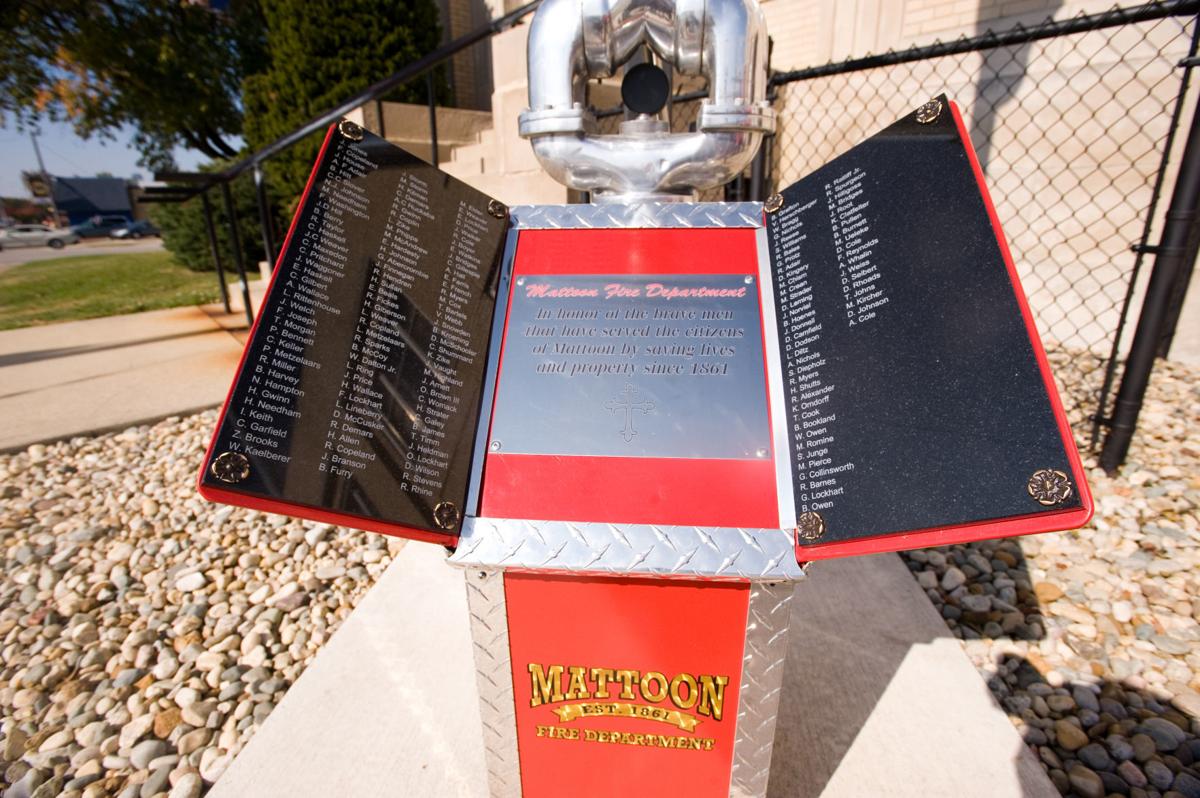 Shown is the firefighter memorial in Mattoon on Saturday.

MATTOON -- A new memorial that honors all of Mattoon firefighters from the era of horse drawn fire wagons to today's high tech fire engines was dedicated on Saturday at the City Hall station.

Many current Mattoon Fire Department personnel and retirees gathered for the dedication of this memorial on the north side of City Hall and for the cookout that followed in the fire station.

Bart Owen, president of Mattoon Firefighters Local 691, said during the ceremony that firefighters become a tight knit family while working together, sharing laughter, sadness and occasionally squabbles like other families.

"When the time counts, we come together in a way that we all rarely see outside of this profession. We feel it on the fire scene, where each person knows their tasks and everyone understands their job and why it is important," Owen said.

Two granite plaques on the memorial bear the names of more than 150 firefighters who have served in the Mattoon Fire Department since its formation in 1861.

Owen said the influence of the firefighters of the past is always there and gets passed down from firefighter to firefighter over time. He said the nature of the job is still the same -- helping people in their time of need, whether it is a fire or other emergencies.

"The community has always called on us when something bad happens. We have always been there for them and, God willing, we always will be," Owen said.

Retired firefighter Mick Highland said his service, from 1969 to 2000, coincided with blow torches being replaced by hydraulic equipment as extrication tools at car crash scenes. He said the blow torches were dangerous to use due to possible gasoline leaks at these scenes.

Highland said he also saw the number of structure fires decrease during his career with the increased use of smoke detectors and with the local ban on leaf burning. He said burning leaves often ignited fires in nearby grass, wooden fences, and outbuildings.

"People don't realize how many buildings, garages mainly, we lost during that time," Highland said.

Many family members of past and present Mattoon firefighters also attended the events on Saturday. Owen said family plays an important role in the support and encouragement that firefighters have at home that allows them to do there work. He said families know that support comes with "strings attached," including missed birthdays and holidays.

"Families know that the names on the plaque also represent them and their dedication to serving others," Owen said.

The monument at the center of the memorial was created by Capt. Keith Orndorff and donated to the department upon his retirement last spring.

Orndorff said he collects firefighter memorabilia and used some of these items, including an aluminum deck gun from a fire engine, to craft the monument. Orndorff said he has been pleased to see all the work that current and retirement firefighters have put into the memorial.

The monument, its granite panels and a new flag pole sit on a concrete pad bordered by landscaping stone and are illuminated by LED lights. The memorial area also contains the Fire Station No. 2 front door marker from the former Lake Land Boulevard fire station.

"They really went above and beyond, as firefighters always do," Orndorff said.

MATTOON -- The Mattoon Fire Department recently received a $200,000 federal grant that will enable it to replace all 30 of the aging air tank …

MATTOON -- Firefighting is Capt. Randy Myers' longtime career and recording the history of the Mattoon Fire Department is one of his favorite …

MATTOON -- Firefighters doused flames in a large trash bin full of construction debris Tuesday at the east end of the Cross County Mall.

Fire at former U.S. Grant Motel in Mattoon under investigation

MATTOON -- The Mattoon Fire Department is investigating a fire that occurred Monday evening in the unattached south section of the former U.S.…

MATTOON — The city may place a hold on issuing any new ambulance service permits through Sept. 20 while officials consider options as Dunn's A…

Engineer Bart Owen speaks during the dedication ceremony for the new Mattoon firefighter memorial on Saturday at the City Hall fire station.

Shown is the firefighter memorial in Mattoon on Saturday.