Become a Member
Read Today's E-edition
Share This
COVID-19 rates up, vaccinations down in Coles County
0 Comments
Share this

CHARLESTON — It's about two weeks after Easter and some schools' spring breaks and people socializing for those might be behind a recent bump in Coles County's COVID-19 case rates.

That's what Coles County Health Department Administrator Diana Stenger said about a "community-wide" increase in cases of the disease caused by the coronavirus.

"That's the one thing we're probably looking at," Stenger said. "I think right now we're seeing it because of get-togethers."

Symptoms of the disease can emerge up two weeks after a person is exposed to the virus. Stenger noted that the county's daily new case totals were generally less than 10 about a week ago but recently they've regularly reached double digits.

Still, Stenger added, the county's case rate percentage is fluctuating, likely because of the number of people being tested. The percentage the health department announced on Wednesday was about 8% while Thursday's was 3.2% and Friday's was 3.5%.

Stenger said "lax attitudes" toward wearing face masks and other precautions could be increasing.

There's the so-called "COVID fatigue" of dealing with the virus and its restrictions for more than a year now, and Stenger said people could start socializing and traveling more once school's out.

The number of county residents hospitalized with COVID-19 that the health department's reported has remained steady.

Sections of Illinois Route 16, U.S. Route 45 in Mattoon to be patched

She said just less than 25% of the county's residents have been vaccinated, below the statewide total of 28%. But she added that there's been a "slow down" of vaccinations throughout Illinois.

Stenger noted that when the vaccine first became available in Coles County, "phones were ringing off hook" with people trying to make appointments to be vaccinated. But a vaccination clinic that took place one evening earlier this week drew 150 people, she said.

"The groups that really want it have got their vaccinations," Stenger said, referring to one possible reason for the decline.

After the initial surge led to large numbers of vaccinations, the people left are those who might have hesitations about vaccinations or perhaps are having difficulty scheduling them, she said.

Information from SBLHC showed regular vaccinations of around 200 each during clinics the hospital has conducted the last two weeks. Higher numbers in the 600s, and reaching 800 one day, were seen in February, the hospital indicated.

Stenger said people shouldn't be discouraged by the recent suspension of the use of the Johnson & Johnson brand of vaccine, as a small number of people who received the brand developed blood clots.

There are two other brands of vaccine in use and "we have plenty of vaccine out there," she said. She added that the Illinois Department of Public Health is developing an information campaign to encourage people to be vaccinated.

Stenger said COVID-19's continued presence in the county and the state could jeopardize any upcoming loosening of restrictions, the state's "bridge" toward reopening.

"The numbers are not where we need to be," she said.

Rather than abruptly jumping to unfettered interaction as prescribed in the “Restore Illinois” plan developed last spring, Gov. J.B. Pritzker said last month the state will phase in greater flexibility for gatherings based on percentages of the vaccinated population and barring any reversals wrought by the unpredictable disease.

The newly envisioned “bridge” to Phase 5 begins when 70% of residents aged 65 or older are vaccinated. The bridge would allow greater numbers of indoor diners. Parties would still be limited to 10 or fewer people each 6 feet apart, but standing areas such as bars can be filled to 30% capacity indoors and 50% outdoors.

Other spaces limited to 50% capacity currently, including retail outlets, offices and health clubs, would be allowed 60%. Similar capacity levels will apply to amusement parks, theaters, museums, spectator events and more.

If after 28 days in the bridge program, there are no significant setbacks in terms of cases, hospitalizations or deaths, Phase 5, with normal business operations, will be re-introduced once 50% of everyone aged 16 and older is vaccinated.

WHERE TO GET A VACCINE IN COLES COUNTY

To check appointment availability, visit the links below:

Coronavirus pandemic relief funds and sales tax revenue are leading the Charleston school district to take advantage of an opportunity to boost learning and the places where students do their learning.

The Illinois Department of Conservation's Earth Day in Parks program features volunteer efforts throughout the state during the week of Earth Day.

US to spend $2.1B to improve infection control

US to spend $2.1B to improve infection control 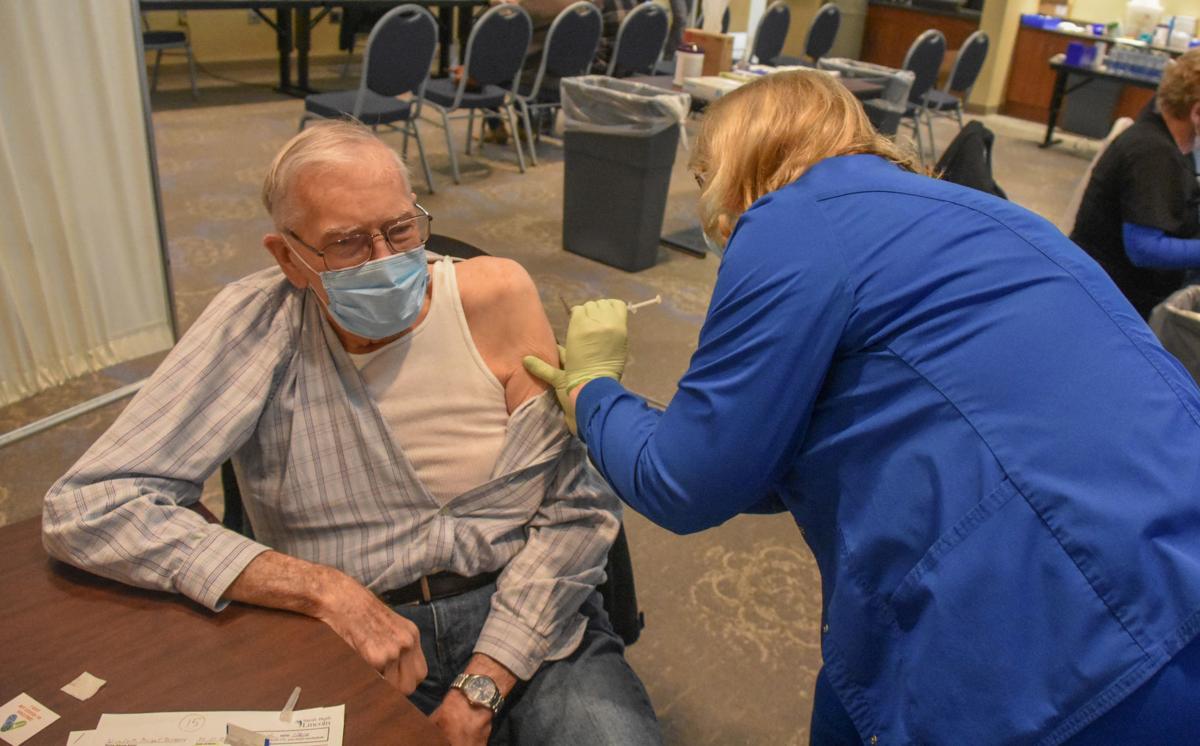 Victor Dulaney of Mattoon receives a COVID-19 vaccination from register nurse Dena Cochran during a vaccination clinic at Sarah Bush Lincoln Health Center in January. A Coles County Health Department official says the county is behind the state in its vaccination rates. 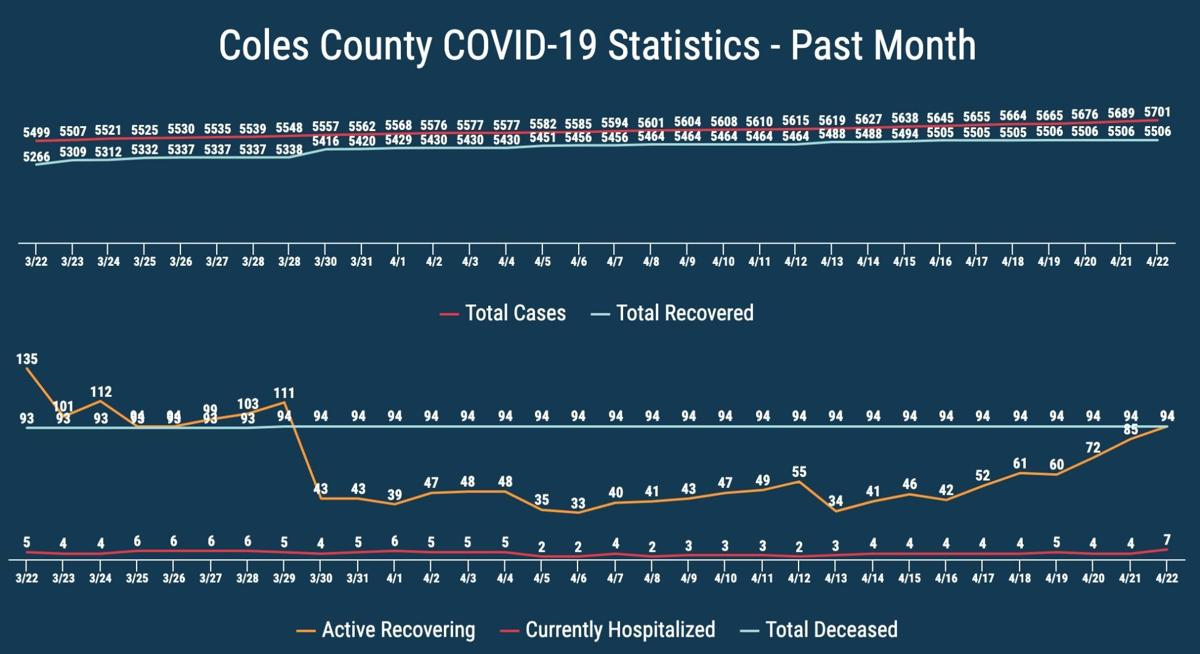