CHARLESTON — In late August, Carla Swinford noticed that her view from her office in the Coles County Courthouse was starting to look a lot different.

“It definitely looks like the roads are wider and the buildings on the other side of the street are further away,” said Swinford.

The city of Charleston was cutting down all of the ash trees around the square, causing a major change to the scenery of the area.

The trees were severely damaged by the emerald ash borer that has killed countless ash trees throughout the country, said Public Works Director Curt Buescher.

“New trees, that are appropriate for that location, will be planted back in the same locations later this year according to a plan that the Tree Committee has developed,” said Buescher in an email to the JG-TC.

“We knew it was coming at some point in time because they looked so terrible, there was so much dead in all of the trees,” said Swinford. “Hopefully they’re replaced with something ornamental or flowering.”

“If they plant more than one kind of tree, it will be better,” said McNitt. “Because there’s bound to be another blight.”

The estimated cost for the project is around $15,000 for removal, top soil placement, and tree replacement, said Buescher.

Late August also saw the start of another major project on the other side of town.

Resident Samantha Eldridge will be glad when the work is completed, but not because of any benefits the new line will bring.

The fire hydrant, left open for extended periods as part of the project, has caused water to to pool in her front yard. Her children also have to wait for the bus on a busier street.

The  water main construction will be completed by Oct. 1, said Buescher.

The sidewalk will be completed in mid-November.

10 photos of Charleston from the JG-TC archives

Congratulations to those tying the knot! 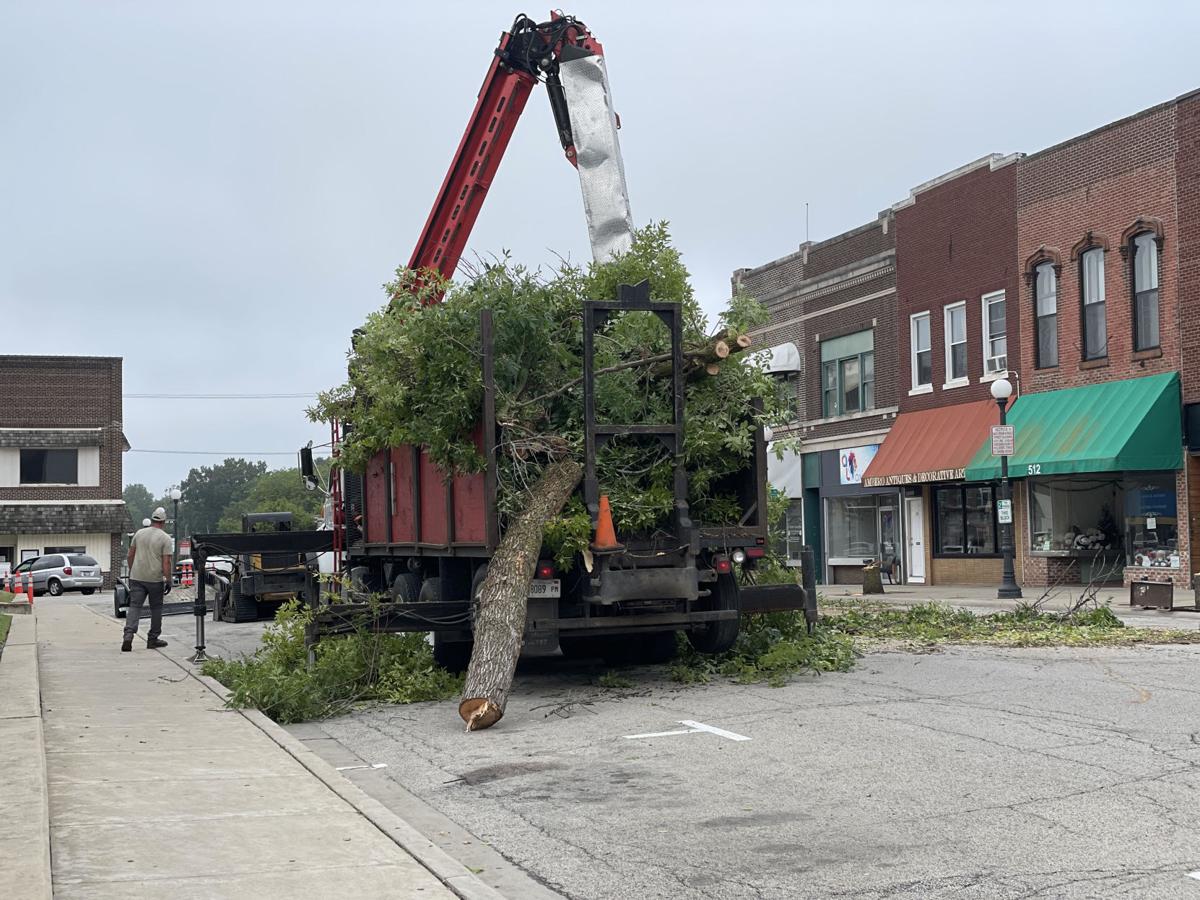 A truck is filled with ash trees that are being removed from the Charleston Courthouse Square. The trees, many showing the fatal effects of the emerald ash borers, will be replaced. 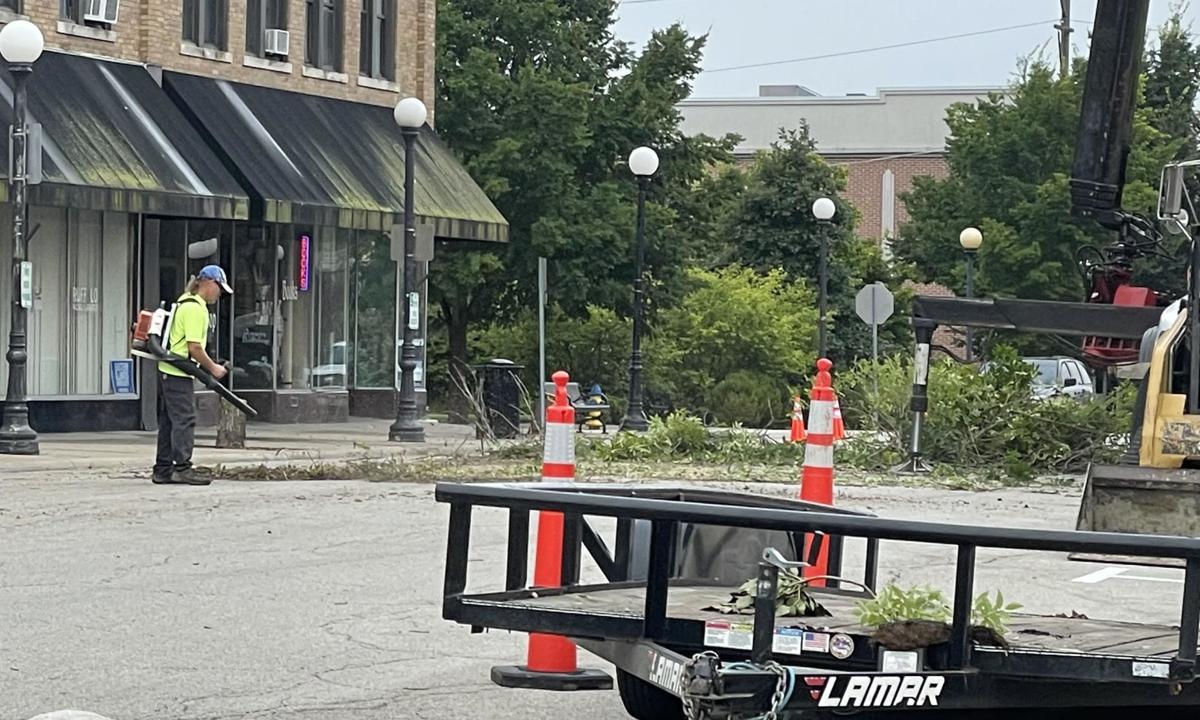 Removal of half-dead ash trees wraps-up in early September on the main square in Charleston.