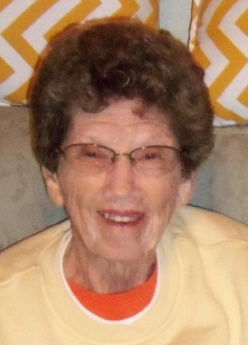 Services will be Friday, September 20, 2019, at 2:00 p.m. at the Toledo United Methodist Church, 213 E. Madison St., Toledo, IL. Visitation will be from Noon until time of the service at the church. Arrangements are being handled by Barkley Funeral Chapel. Burial will be in the Janesville Cemetery.

She was preceded by her daughter, Debra (Debbie) McMurray and one sister, Mildred Pennington.

Elizabeth was employed at the First National Bank of Lerna for 21 years before retiring in 2001. She had a life-long love of farming and being outdoors. She was a member of the Cottonwood United Methodist Church, the Cumberland Co. Home Extension and the Cumberland Rehab. Ladies' Auxiliary. Her main joy in life was her family and spending time with them.

Online condolences can be expressed at www.barkleyfuneralchapels.com 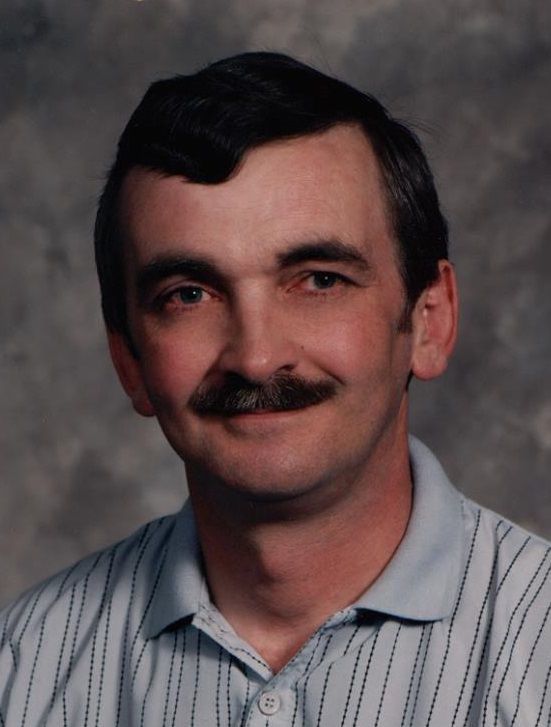 Funeral services honoring his life will begin at 11:00 a.m. on Tuesday, September 17, 2019 at Schilling Funeral Home. Burial will follow at Dodge Grove Cemetery. Visitation for family and friends will be held from 9:30 a.m. until time of service Tuesday.

Terry was born on June 21, 1948 in Shelbyville, IL the son of Kenneth Dean and Mary Marie (Mulvaney) Childress. He married Cheryl Marie Standley on April 14, 1973.

Terry was preceded in death by his father, Kenneth Dean Childress.

Terry worked at R&R Donnelleys for 30 years. He was talented at making various knives and enjoyed hunting arrowheads.

Memorial donations in his honor may be given to Davita Dialysis or the American Heart Association.

Online condolences may be expressed at www.schillingfuneralhome.net or Schilling Funeral Home's Facebook page. 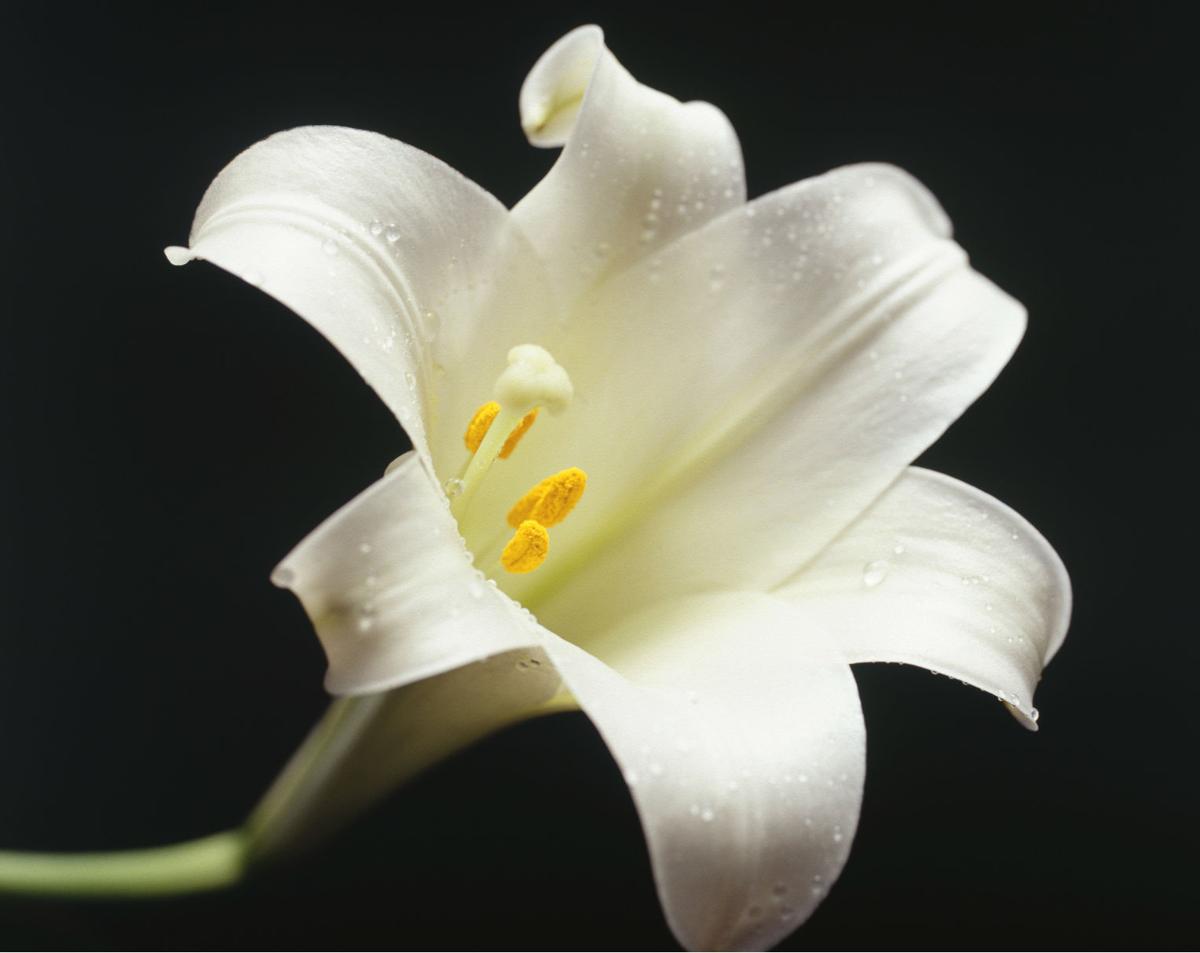 Private family ceremony will be held at a later. Mitchell-Jerdan Funeral Home, located at 1200 Wabash Avenue, Mattoon, IL 61938 is assisting the family with arrangements.

Jean retired from Blaw-Knox and was former employee of General Electric in Mattoon, IL. She was a devout member of Loxa Presbyterian Church in Loxa, IL. Jean enjoyed being outdoors, loved animals and was a conscientious protector of the environment and good steward of the planet. Above all, Jean cherished the moments spent with her family. She will be lovingly remembered.

Please visit www.mitchelljerdan.com or www.facebook.com/mithcelljerdanfuneralhome to light a virtual candle in her honor or share a memory with her family 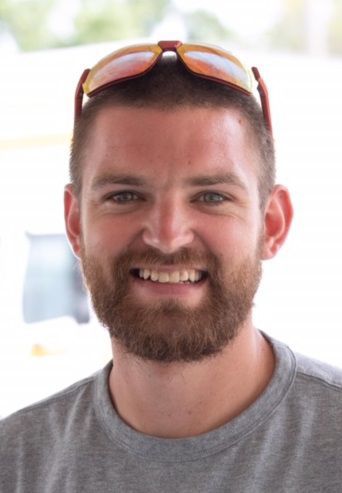 WINDSOR — Shane M. Kearney, 27, of Windsor, IL passed away on Tuesday, September 10, 2019 at Carle Foundation Hospital in Urbana, IL as a result of injuries sustained in a motorcycle accident.

Funeral Services will be held at 1:00 p.m. on Saturday, September 14, 2019 at Windsor Christian Church with Reverend Patrick Fahey officiating. Burial will take place in Ash Grove Cemetery in rural Windsor. Visitation will be from 10:00 a.m. until the time of service at the Windsor Christian Church. Memorials may be made to the Averie Kearney College Fund. Lovins-Lockart Funeral Home in Windsor is assisting the family.

Shane was born August 27, 1992, in Urbana, the son of Danny and Wanda Kearney. He was a 2011 graduate of Windsor High School, received his Associate Degree from Lake Land College and was currently employed by Mattoon Precision Manufacturing. Shane was a St. Louis Cardinals fan, loved helping others, adored children, especially his daughter Averie, niece Gracie and nephews Jase and Liam. He was known to always have a smile, was a proud supporter of St. Jude Children's Research Hospital and enjoyed playing pool, cards and many other board games.

He was preceded in death by his grandparents, Keith and Opal Kearney and Stephen and Freda Elliott.

Family and friends are invited to light a candle or share a story in Shane's honor at www.lockartgreenfuneralhome.com. 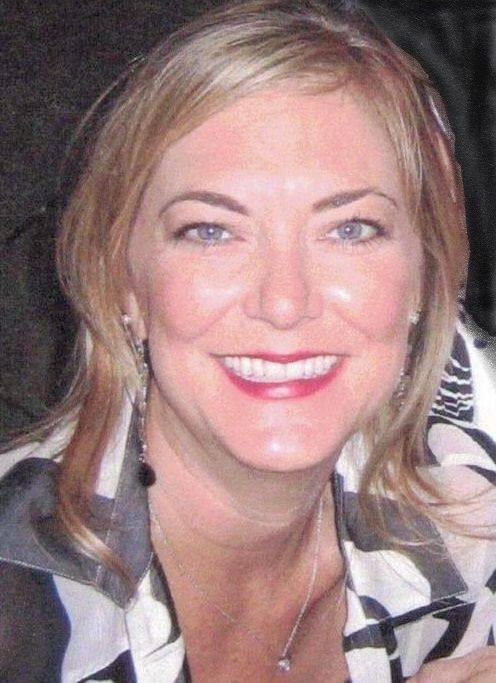 A funeral service in her honor will be held at 2:00 PM, Monday, September 16, 2019 at Mitchell-Jerdan Funeral Home, located at 1200 Wabash Avenue, Mattoon, IL 61938; Reverend Ron Dickinson will officiate. A committal service will immediately follow in Dodge Grove Cemetery. A visitation will be held from noon until the time of service at the funeral home.

Angie graduated from Mattoon High School in 1986 and was a member of Green Wave varsity cheerleading squad. She then attended the University of Illinois at Urbana-Champaign, receiving a bachelor's degree in Liberal Arts and Sciences (Economicsusiness) and was a member of Kappa Kappa Gamma sorority.

For over twenty-five years, Angie worked in insurance and risk management as a Commercial Casualty Insurance Underwriter for Aetna Casualty and Surety in the Chicago Area. She happily returned to her Mattoon roots as a Certified Insurance Counselor (CIC), Certified Risk Manager (CRM), and Certified School Risk Manager (CSRM) for First Mid Insurance Group.  She enjoyed traveling and visiting with her friends and family. She treasured the moments spent with “Ma”, her grandmother Livesay, who taught her how to be an excellent cook at an early age. Angie mastered the recipes for Texas Chili and Caesar Salad. She loved to go flying with her grandfather Ray Livesay, who was a licensed pilot and owner of a Beechcraft Bonanza. She even took flying lessons and soloed in an airplane while attending the U of I.

Angie was a loving daughter, sister, and friend and will always be remembered for her elegance and class.

Memorials in Angie's honor may be made to The National Pancreas Foundation, 3 Bethesda Metro Center, Suite 700, Bethesda, MD 20814

Please visit www.mitchell-jerdan.com or www.facebook.com/mitchelljerdanfuneralhome to light a virtual candle in her honor or share a memory with the family. 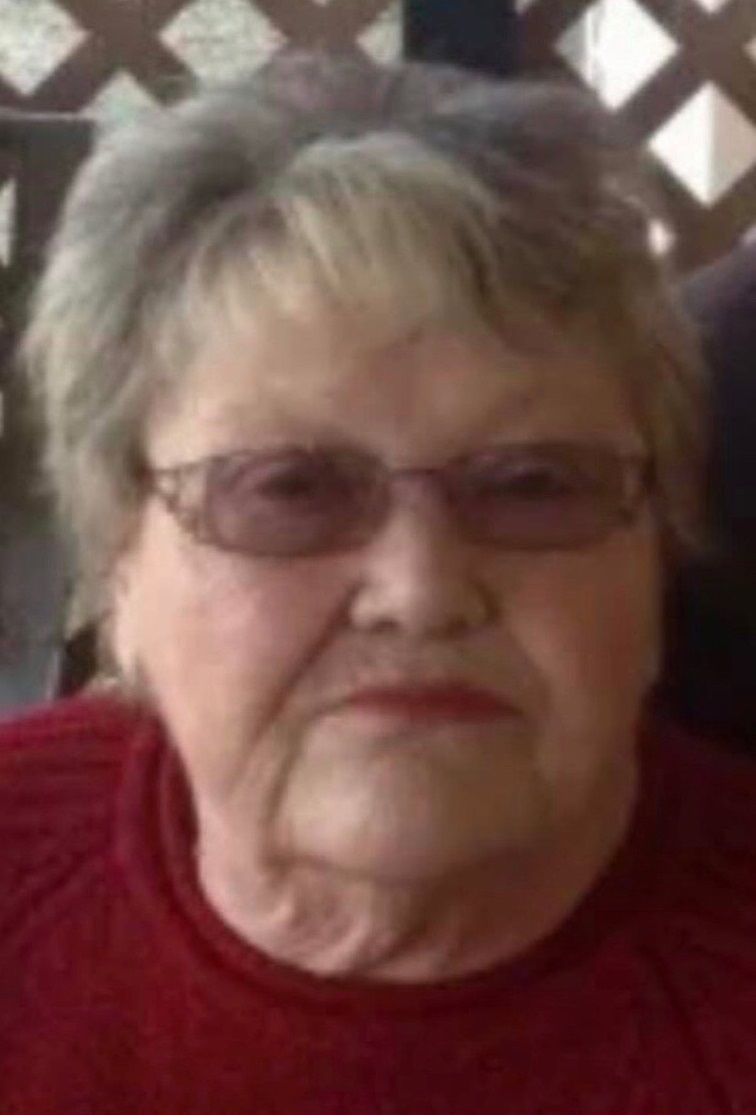 Per Louise's wishes, no services will take place.

Louise was born on September 13, 1942 in Meridian, MS the daughter of Allen Rudolph and Jesse Sula King. She married Charles Gardner in 1961 and had four daughters, Patricia Fowler, Vickie Rocamontes, Penny Youngblood and Kim Villarreal. 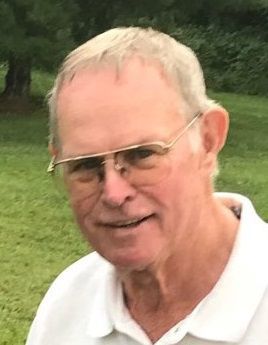 Funeral services honoring his life will begin at 11:00 a.m. on Saturday, September 14, 2019 at Schilling Funeral Home with Pastor Ian Stamps officiating. Burial will take place at a later date. Visitation for family and friends will be held from 10:00 a.m. until the time of the service on Saturday at the funeral home.

Larry worked at Central National Bank. He later worked as an insurance agent at Country Companies and Checkley Insurance. Family and golf were very important parts of Larry's life. Larry cherished spending time with his family. He enjoyed having coffee and visiting with his friends. He will be greatly missed by all those who knew and loved him.

Memorial donations in his honor may be given to Broadway Christian Church or the Sarah Bush Lincoln Regional Cancer Center.

Online condolences may be expressed at www.schillingfuneralhome.net or Schilling Funeral Home's Facebook page. 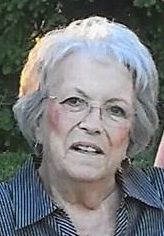 Visitation will be from 10:00 a.m. to 12:00 p.m. Saturday, September 14, 2019 at the Harper-Swickard Funeral Home, with her memorial service beginning at 12:00. Inurnment will follow in Roselawn Cemetery.

Judy worked as an office manager for Drs. Hollowell, Spaniol, Buchanan, and Houseworth, and took great pride in her work. She loved bowling, sewing, and was an excellent cook. Judy was devoted to her family, and cherished every moment she was able to spend with them. 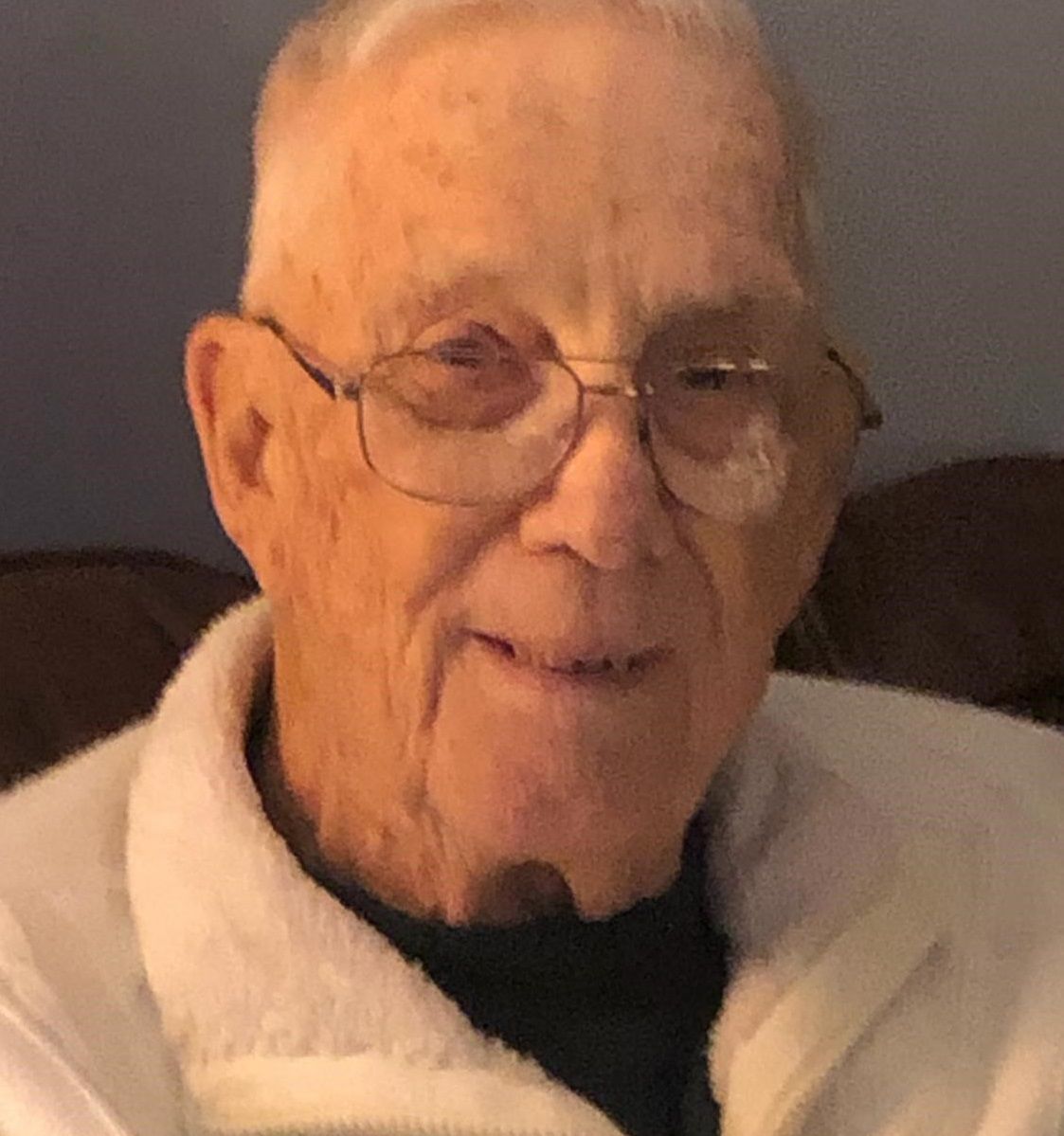 The Rev. Keith W. Brown, 85, of Shiremanstown, PA and formerly of Casey, IL, passed away Sunday, September 8, 2019 at Messiah Village.

Born February 1, 1934 in Danville, IL, he was the son of the late Max and Lela L. (Hubbard) Brown. Keith was an Elementary School teacher for Casey Westfield School District and also served as Pastor for the Melrose Church of God and the Jack Oak Church of God. He earned his bachelor's degree in education from the Eastern Illinois State Teacher College. Keith was a 32nd Degree Mason with the Hutton Blue Lodge F&AM. He enjoyed attending church, singing in the choir and spending time with his grandchildren.

Keith was preceded in death by his wife Anita R. (Hopkins) Brown.

Memorial services will be 11:00 AM Saturday, September 28, 2019 at Jack Oak Church of God. Visitation will be held from 10:00 AM until the time of service. Burial will take place at Jack Oak Cemetery. 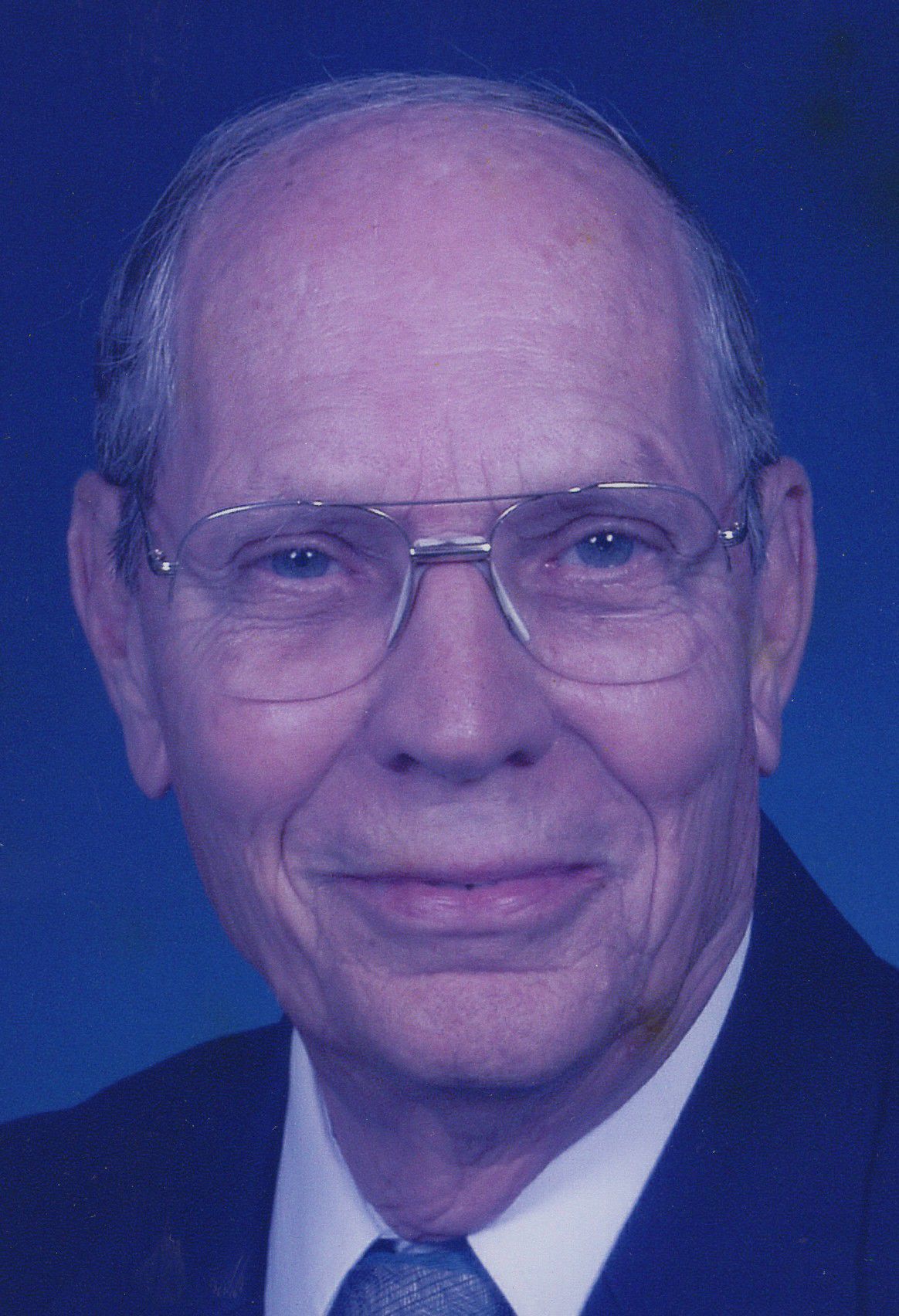 Masonic Services will be held at 3:00 p.m. Saturday, September 14, 2019 at the Arthur United Methodist Church with funeral services following with Rev. Bruce Weiman and Pastor John Stewart officiating. Burial will follow in the Arthur Cemetery. Visitation will be held from 1:00-3:00 p.m. Saturday at the church. Shrader Funeral Home, Arthur, is assisting the family with arrangements.

Bill's employment included Aschermann Ford as an accountant; U.S.I. as a bookkeeper; and Schrock Cabinets as an office manager. He later worked for VOA, a department of HUD, in Kansas City and Witchita, Kansas, where he managed apartments until retiring in 1989. He and Carol then moved back to Arthur where he worked at Oye's Hardware Store for several years.

Memorials are suggested to the Arthur EMT Association or the Arthur Public Library.

Online condolences to the family may be sent to www.hilligossshraderfh.com.

Find out What's On with our February 8, 2020 TV & Entertainment Guide!