MATTOON — The newly merged Coles and Moultrie Counties Relay for Life brought people from these two communities together on Saturday in Mattoon to raise money for the fight against cancer.

This fundraiser for the American Cancer Society took place at the Coles County Relay's regular venue at Peterson Park, where organizers had to scale back to just holding a drive-through luminaria event last year due to the COVID-19 pandemic.

"We are glad to be back at the park, live and in person," said event co-leader Kathy Beals during Saturday's opening ceremony, adding that she appreciated all the community members who turned out to support the Relay teams and vendors there.

The Relay teams included Team Lori Susan of Paris. Tabitha Osborn of Paris said the team raises money in memory of her mother, Lori Sexton, who died in 2020 after a 7½-year battle with cancer. Osborn said there was no Edgar County Relay for Life again this year due to the pandemic, so her family opted to take part in the fundraiser in Mattoon for the first time.

Osborn said they sell colorful Relay beads that participants collect after completing each lap; the beads can be strung together into jewelry. She said her mother always enjoyed working with these beads at Relay events, so they are carrying on the tradition. She said her mother also liked cooking her family recipe Italian beef for the fundraisers.

"She was the life of the party," Osborn said.

Kate Keil of Charleston and Laurel Hampton of Urbana helped staff the Clint's Cancer Crushers booth in memory of their cousin, former Mattoon resident Clint Garbe, who died in 2015 after a battle with brain cancer. They said Garbe was a family-oriented, friendly man who was very welcoming to new people.

"We tried to include some common ones and ones we have had in our family," Hampton said.

In addition to the fundraising booths, Relay for Life also offered a variety of activity booths. This included a farm animal petting zoo provided by youths with Sullivan High School FFA. The zoo included rabbits and chickens, plus a horse brought by senior John Voyles. He said he was glad to bring this laid-back, older horse, Duke, further afield after previously taking him to school petting zoos.

FFA advisor and agriculture teacher Willow Krumwiede said they were glad to receive an invitation to bring the petting zoo to the Relay for Life. She said the students like to show off their animals and help out in their community.

"We were delighted to come do it," Krumwiede said of the petting zoo.

A man has been charged in connection with the verbal and physical assault on a Charleston Parks and Recreation Department employee.

The local education community is mourning the death of Les Edwards, who served as the first principal of the Mattoon district's Williams Elementary School and the last principal of its former Humboldt School.

Watch now: Weekend in Review: Harvest of Hope, Relay for Life, Run for the Fallen held

The Relay for Life and the Run for the Fallen returned in person after being held in modified formats last year due to the COVID-19 pandemic.

The Coles County Health Department has reported the deaths of 103 residents with COVID-19 since the pandemic began.

The Mattoon youth has been fascinated by police since he was 1-year-old and wants to be an officer when he grows up.

Watch Now: Why are there more floods? 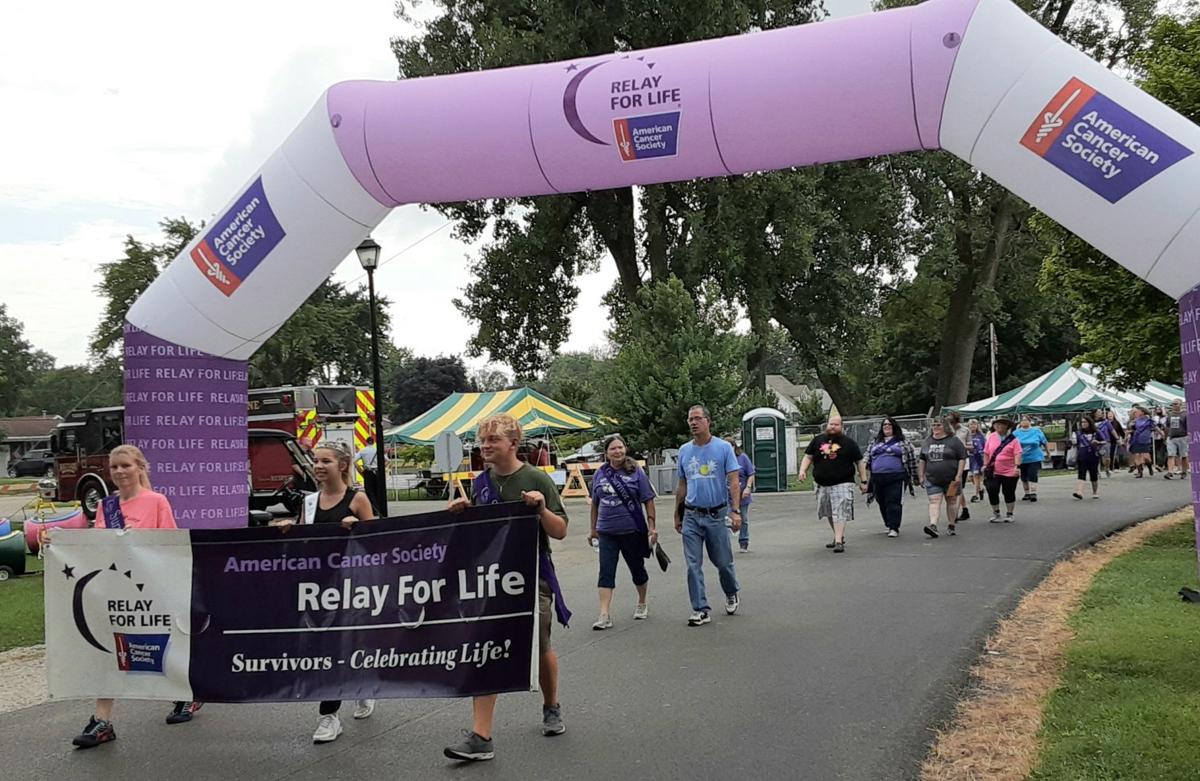 The 2021 Coles and Moultrie Counties Relay for Life on Saturday at Peterson Park in Mattoon included a cancer Survivors Walk. 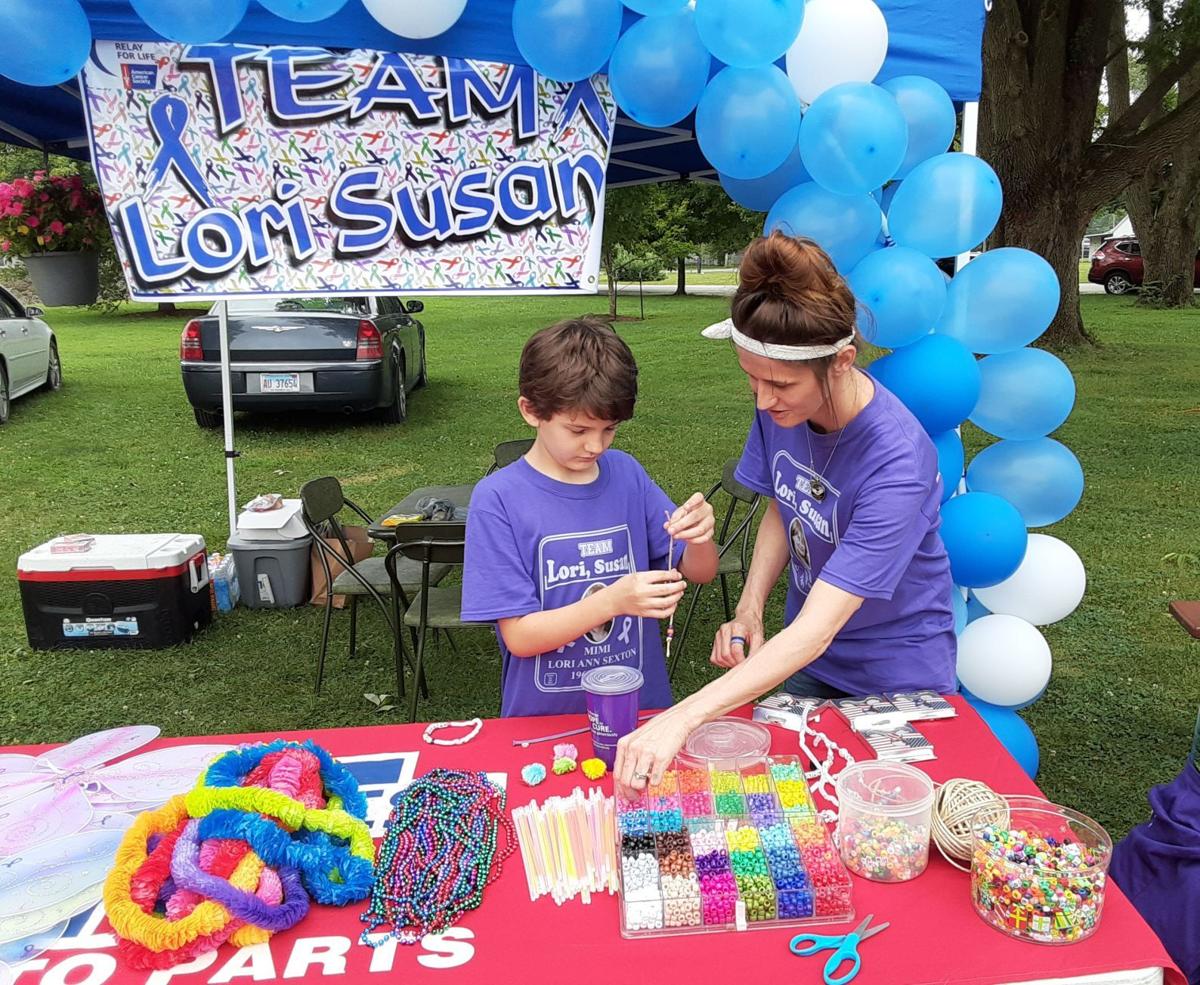 Tabitha Osborn of Paris and her 9-year-old son, Waylon, attended Saturday's Coles and Moultrie Counties Relay for Life in Mattoon's Peterson Park, where they strung Relay lap beads into jewelry at their Team Lori Susan fundraising booth. The team is in memory of Osborn's mother, who died in 2020 after a 7½-year battle with colon cancer. 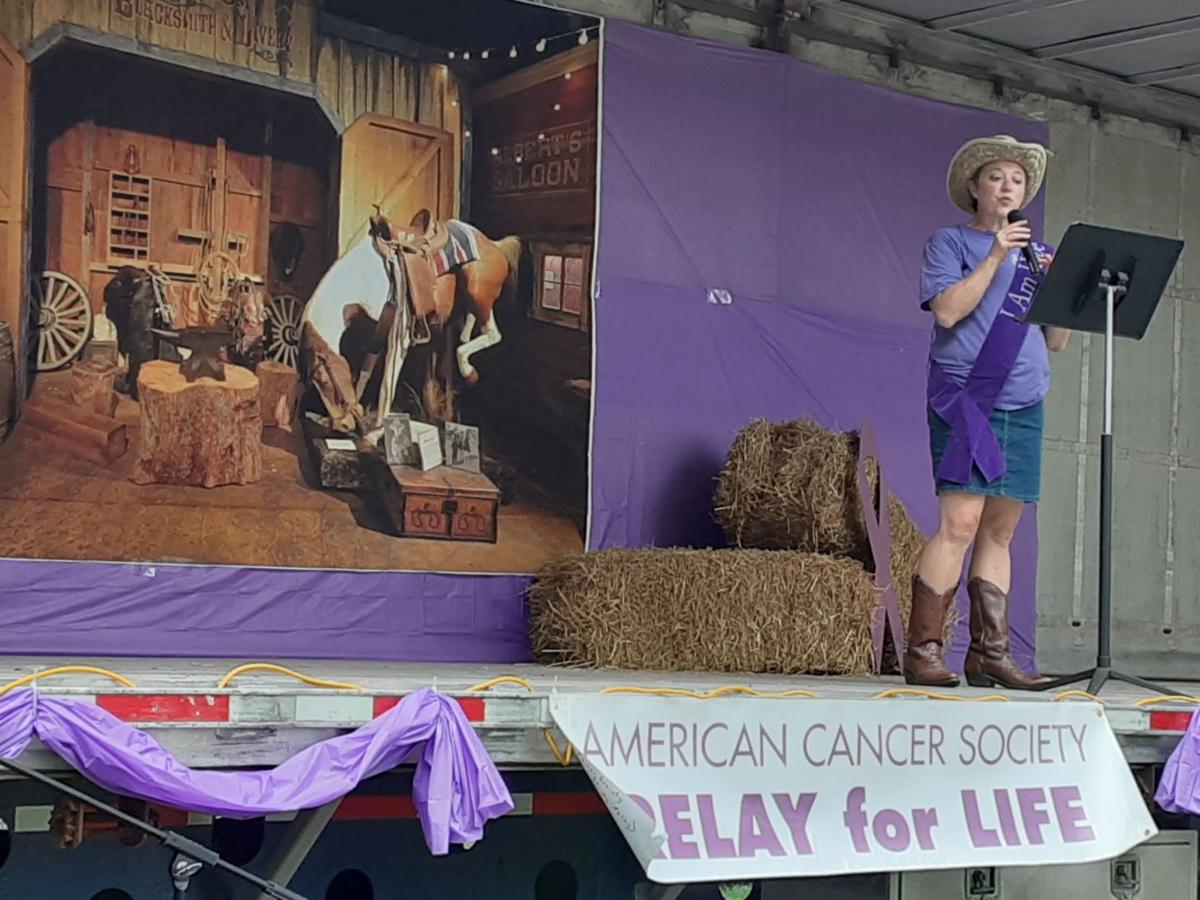 Kim Henness of Mattoon shares her cancer survivor story in her role as keynote speaker at the 2021 Coles and Moultrie Counties Relay for Life on Saturday in Mattoon. She is decked out in cowboy gear for the Relay's theme of "Saddle Up, Let's Ride." 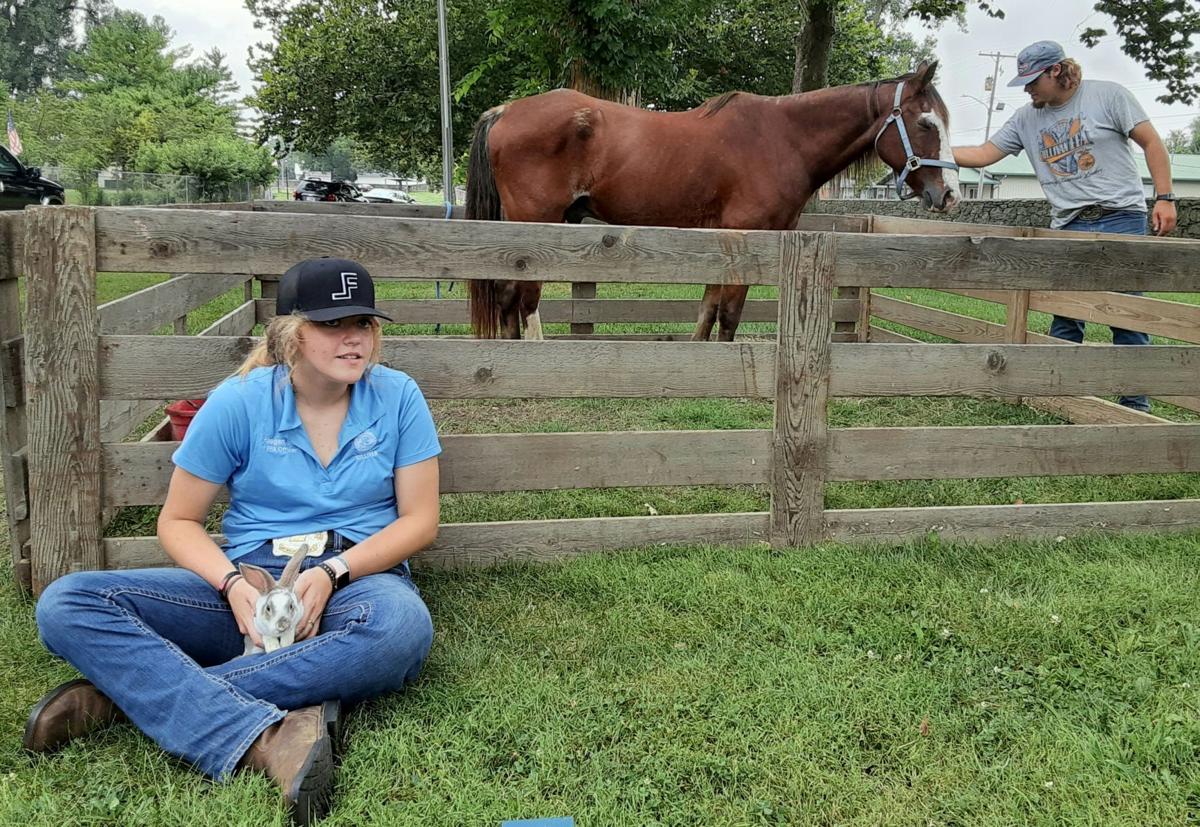 Sullivan High School FFA members Raegan Sims, holding an FFA alumni rabbit, and John Voyles, checking on his horse, Duke, prepare for their group's petting zoo at the 2021 Coles and Moultrie Counties Relay for Life on Saturday at Peterson Park in Mattoon. 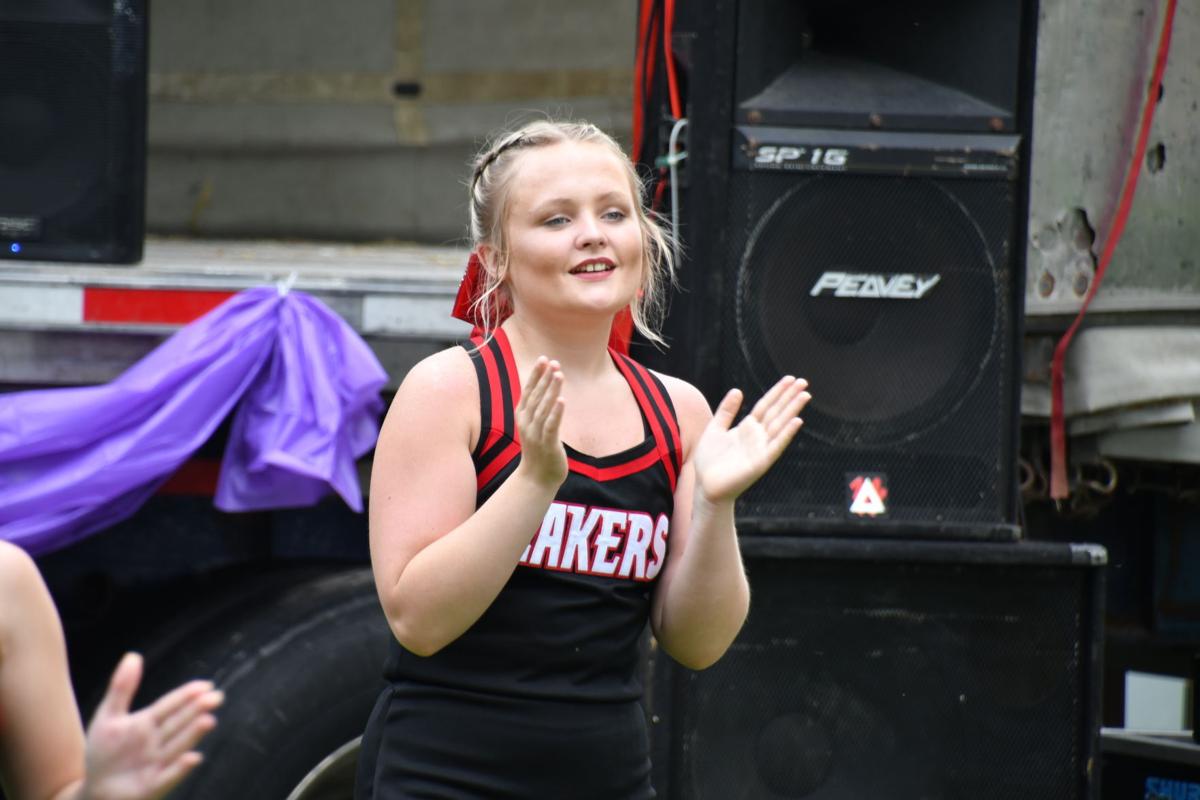 Recent Mattoon High School graduate Breezie Artis perfoms with the Lake Land College cheerleaders during the Coles and Moultrie Counties Relay for Life on Saturday at Peterson Park in Mattoon.