Here are today's top stories, celebrity birthdays and a look back at this date in history:

Officials: Many Haitian migrants are being released in US

DEL RIO, Texas (AP) — Many Haitian migrants camped in a small Texas border town are being released in the United States, two U.S. officials said, undercutting the Biden administration's public statements that the thousands in the camp faced immediate expulsion.

Haitians have been freed on a “very, very large scale” in recent days, according to one U.S. official who put the figure in the thousands. The official, with direct knowledge of operations who was not authorized to discuss the matter Tuesday and thus spoke on condition of anonymity.

Many have been released with notices to appear at an immigration office within 60 days, an outcome that requires less processing time from Border Patrol agents than ordering an appearance in immigration court and points to the speed at which authorities are moving, the official said.

NEW YORK (AP) — Former President Donald Trump on Tuesday sued his estranged niece and The New York Times over a 2018 story about his family’s wealth and tax practices that was partly based on confidential documents she provided to the newspaper’s reporters.

The lawsuit accuses the Times and three of its investigative reporters, Susanne Craig, David Barstow and Russell Buettner, of relentlessly seeking out Mary Trump as a source of information and convincing her to turn over documents. The suit claims the reporters were aware the settlement agreement barred her from disclosing the documents.

President Joe Biden is set to announce that the United States is doubling its purchase of Pfizer's COVID-19 shots to share with the world to 1 billion doses as he embraces the goal of vaccinating 70% of the global population within the next year.

The stepped-up U.S. commitment is to be the cornerstone of the global vaccination summit Biden is convening virtually Wednesday on the sidelines of the U.N. General Assembly, where he plans to push well-off nations to do more to get the coronavirus under control.

World leaders, aid groups and global health organizations are growing increasingly vocal about the slow pace of global vaccinations and the inequity of access to shots between residents of wealthier and poorer nations.

Click on the links below for full version of today's top stories. Keep scrolling for a look back at this day in history and today's celebrity birthdays:

Many migrants staying in US even as expulsion flights rise

DEL RIO, Texas (AP) — Three hours after being freed from a giant migrant camp under an international bridge, Mackenson Veillard stood outside a gas station and took stock of his sudden good fortune as he and his pregnant wife waited for a Greyhound bus to take them to a cousin in San Antonio.

NEW YORK (AP) — Former President Donald Trump on Tuesday sued his estranged niece and The New York Times over a 2018 story about his family’s wealth and tax practices that was partly based on confidential documents she provided to the newspaper’s reporters.

President Joe Biden announced Wednesday that the United States is doubling its purchase of Pfizer's COVID-19 shots to share with the world to 1 billion doses as he embraces the goal of vaccinating 70% of the global population within the next year.

COVID-19 deaths in the U.S. have climbed to an average of more than 1,900 a day for the first time since early March, with experts saying the virus is preying largely on a distinct group: 71 million unvaccinated Americans.

‘My whole life in a van’: Islanders flee Spanish volcano

TODOQUE, Canary Islands (AP) — A wall of lava up to 12 meters (40 feet) high bore down on a Spanish village Wednesday as islanders scrambled to save what they could before the molten rock swallowed up their homes following a volcanic eruption.

Beloved 'Sex and the City' actor Willie Garson dies at 57

LOS ANGELES (AP) — Willie Garson, who played Stanford Blatch, Carrie Bradshaw's friend on TV's “Sex and the City" and its movie sequels, has died, his son announced Tuesday. He was 57.

PHILADELPHIA (AP) — Ben Simmons may have missed his last playoff free throw with the Sixers.

IMAGE OF THE DAY

In 1862, President Abraham Lincoln issued the preliminary Emancipation Proclamation, declaring all slaves in rebel states should be free as of…

52 years ago, Willie Mays joined Babe Ruth in the 600-home run club. Here's a look back at sports happenings on this date in history.

The mother told police the 4-year-old was kept in the basement for days at a time and that food was also withheld from the boy, according to the documents.

It wasn't clear if the determination might lead to additional charges against Brian Laundrie, who is considered a person of interest in her disappearance and remains unaccounted for.

U.S. health advisers said Thursday that some Americans who received Moderna's COVID-19 vaccine should get a half-dose booster to bolster protection against the virus.

Police: Woman raped on Pennsylvania train as bystanders did nothing

A woman was raped by a stranger on a Philadelphia area train in the presence of other riders who a police official said "should have done something."

Millions of retirees on Social Security will get a 5.9% boost in benefits for 2022, the biggest cost-of-living adjustment in 39 years.

Advice shifting on aspirin use for preventing heart attacks

The gunman who killed 14 students and three staff members at a Parkland, Florida, high school will plead guilty to their murders, his attorneys said Friday. 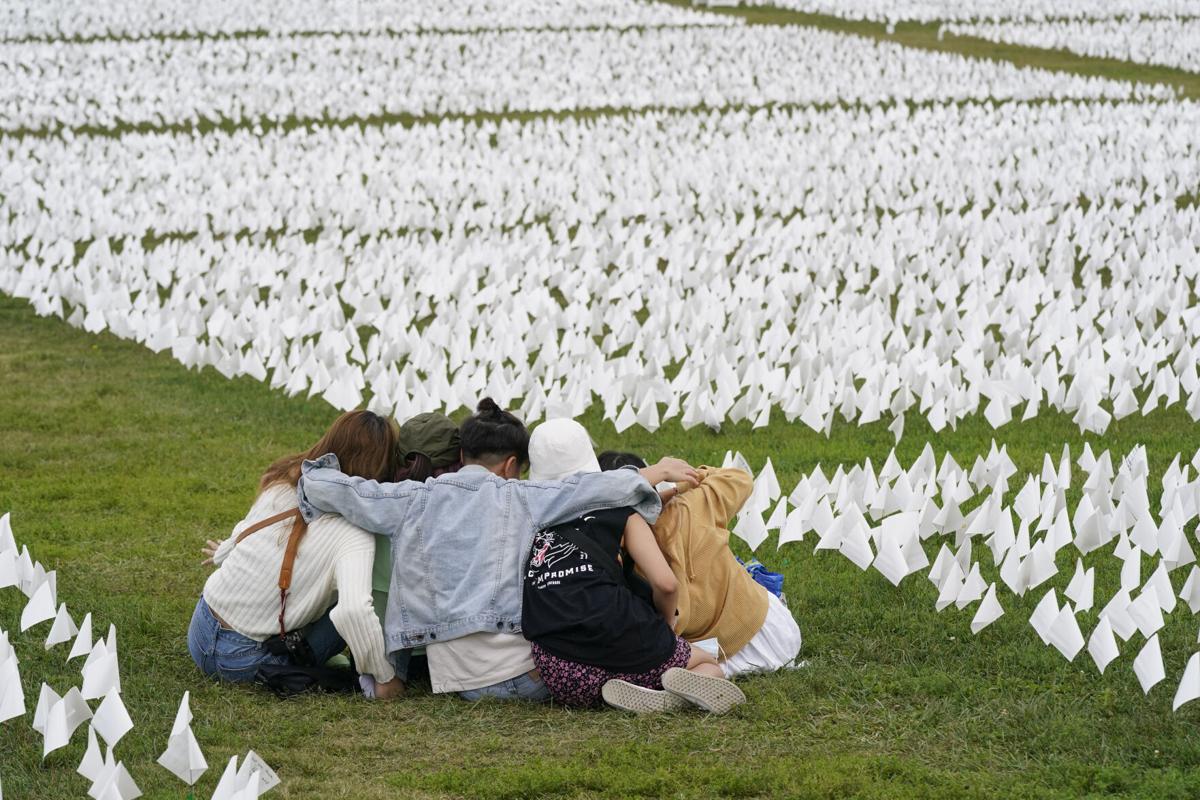 Visitors sit among white flags that are part of artist Suzanne Brennan Firstenberg's "In America: Remember," a temporary art installation to commemorate Americans who have died of COVID-19, on the National Mall in Washington, Tuesday, Sept. 21, 2021. 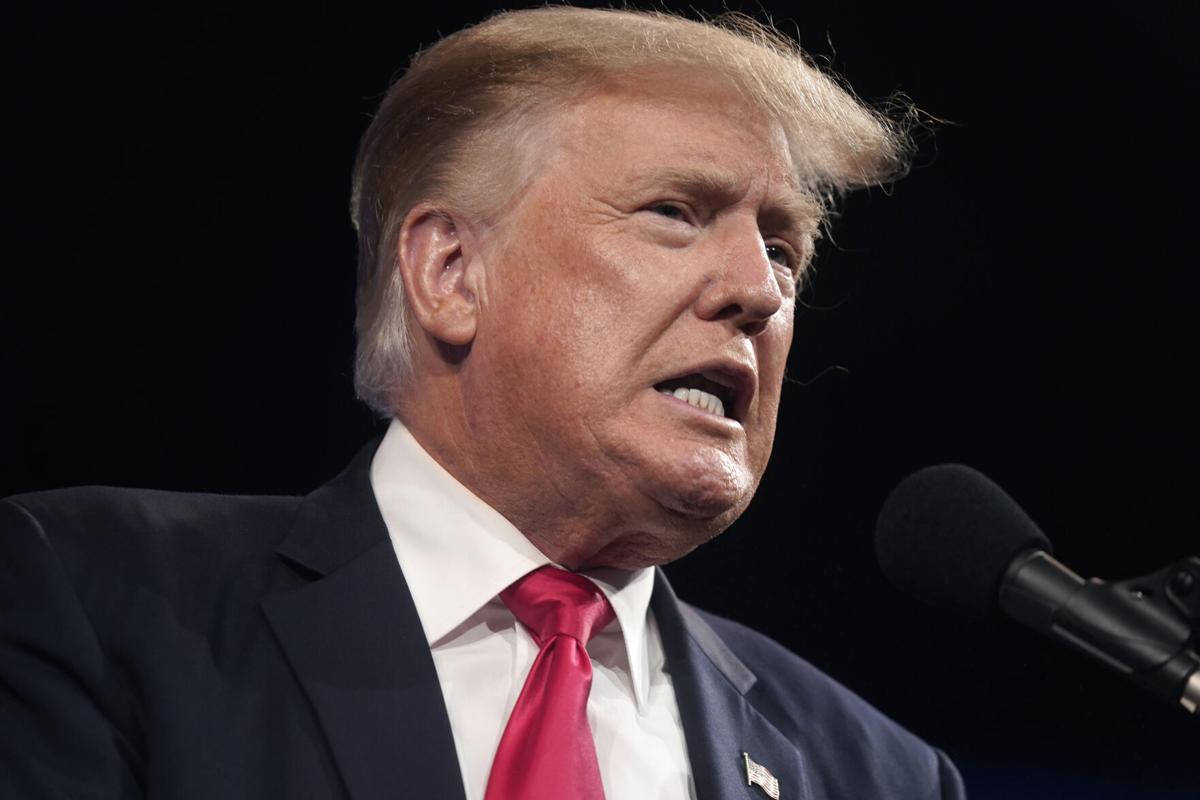 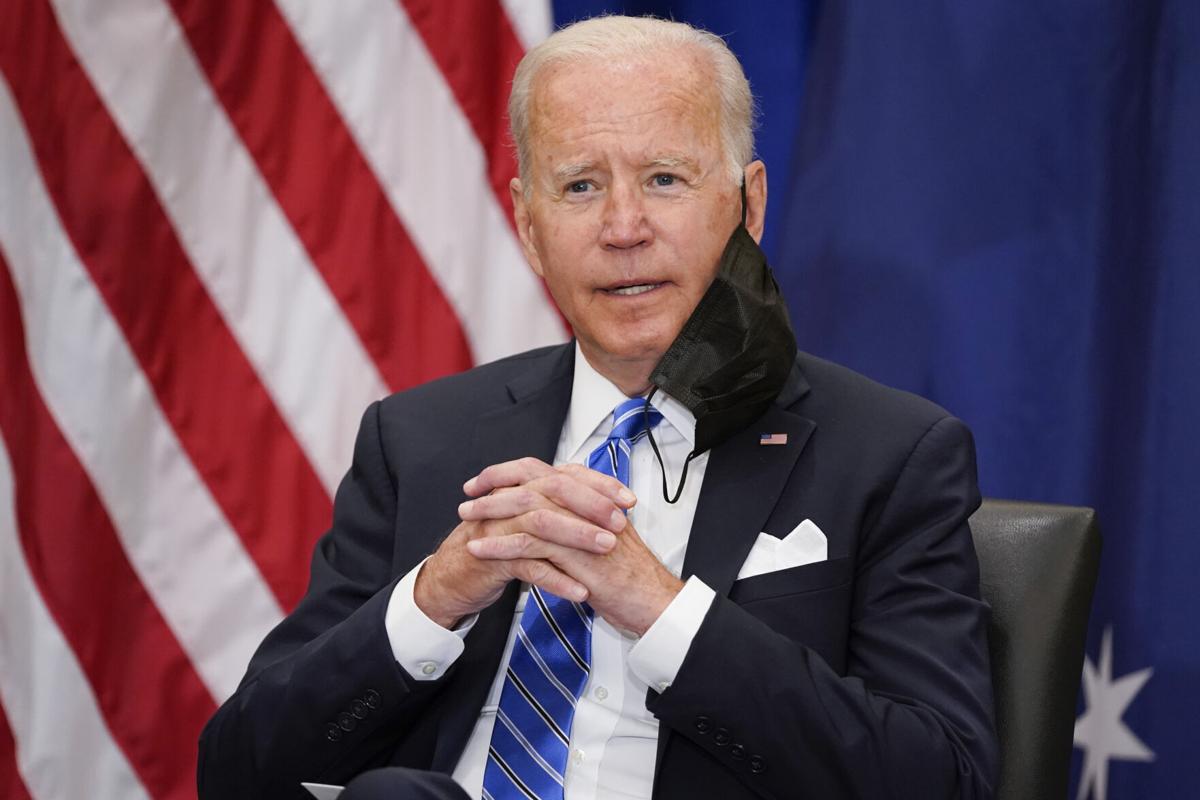