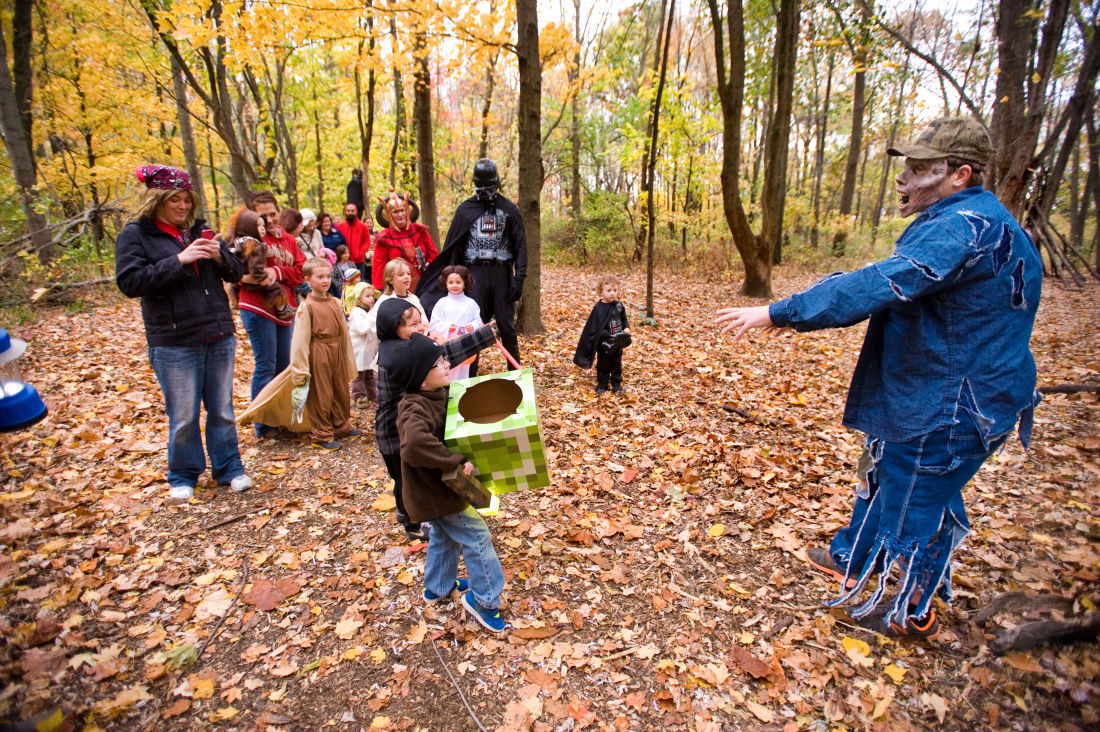 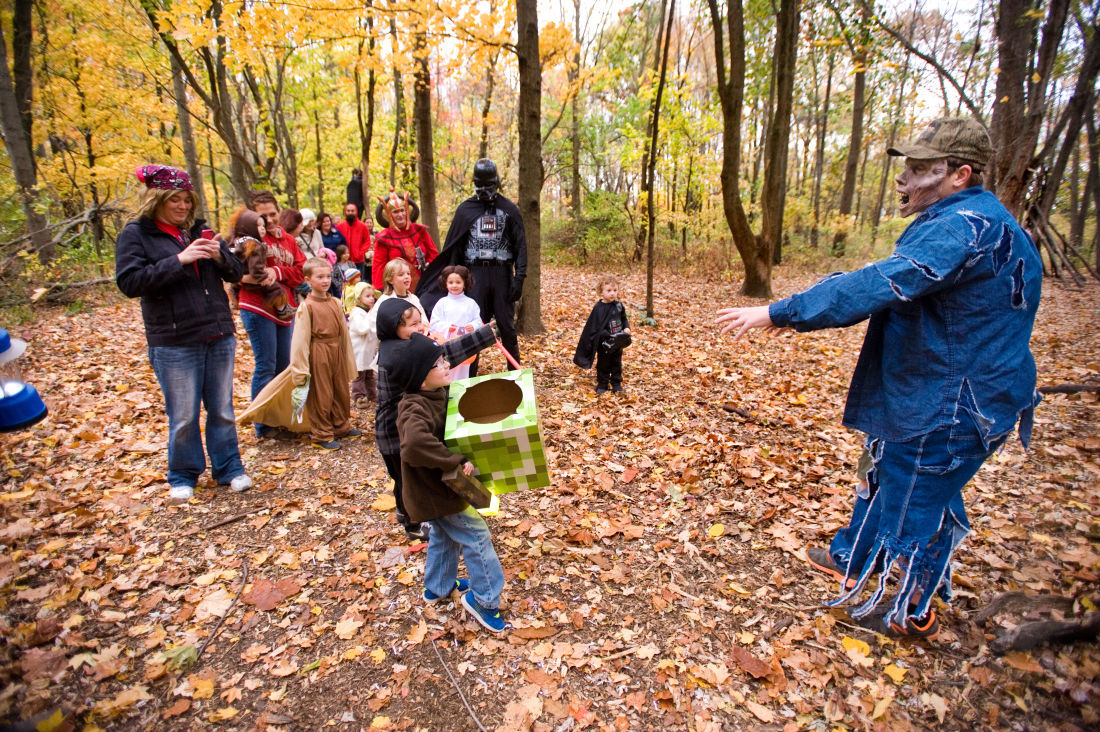 MATTOON -- The trails of Douglas-Hart Nature Center were different Friday and Saturday evenings.

While every turn and path was the same, volunteers and staff members transformed the trail into a zombie and other scary creature-infested wasteland as part of the center’s fifth annual Haunted Hike.

Groups of 20, with the help of their guides, wandered through the paths, wary of the volunteers dressed up as zombies and other dead or undead who would lurk around corners or would look to be a prop but would actually be moving.

At the end of the hike, people got a hayride back to the entrance of the center. Before reaching the center, those who attended were treated to one more scare, which ended up becoming a show: the “zombies” who dance to "Thriller" by Michael Jackson as the hayride passed.

Funds generated from the hike will be put back into the programming for the year. Education Director Jennifer Tariq said the hike is one of biggest fundraising events for the facility.

“Every program we do, anything that is charged a fee gets kicked right back into our programming,” Tariq said.

As compared to the year before, attendance doubled at least on the first night. Douglas-Hart Executive Director Gary Boske said they counted roughly 600 people attending, which was the amount of people counted from both nights last year.

Boske said the changes they made to the hike such as lengthening the time between tours and other small tweaks generated more interest.

He added the difference in the experiences on the hike also entice people to go on again and again.

Jennifer Landreth, volunteer, said the volunteers often moved around the trial and were normally never in the same place twice.

“It is just unpredictable. It’s never the same twice,” she said.

Despite being family friendly, the volunteers would get more scary and aggressive as the daylight faded into night.

Jacob Ramage, volunteer, said adults on the hike were often surprised as to how scary the trek could be. They would often be talking about things like football and then Ramage would jump out and scare them, he said.

Joey Garner, volunteer, said his tactic was just to surprise the person and be loud. He said it was often effective.

The outdoor element of the hike also added to the fear, Tariq said. Several natural noises already add an eerie vibe to the experience.

She said it offers something a haunted house can't.

“A haunted house is scary because you feel trapped,” Tariq said. “(In the woods), you think,’Oh we are in the wide open,’ but there is a serious fear of the dark and the unknown.”