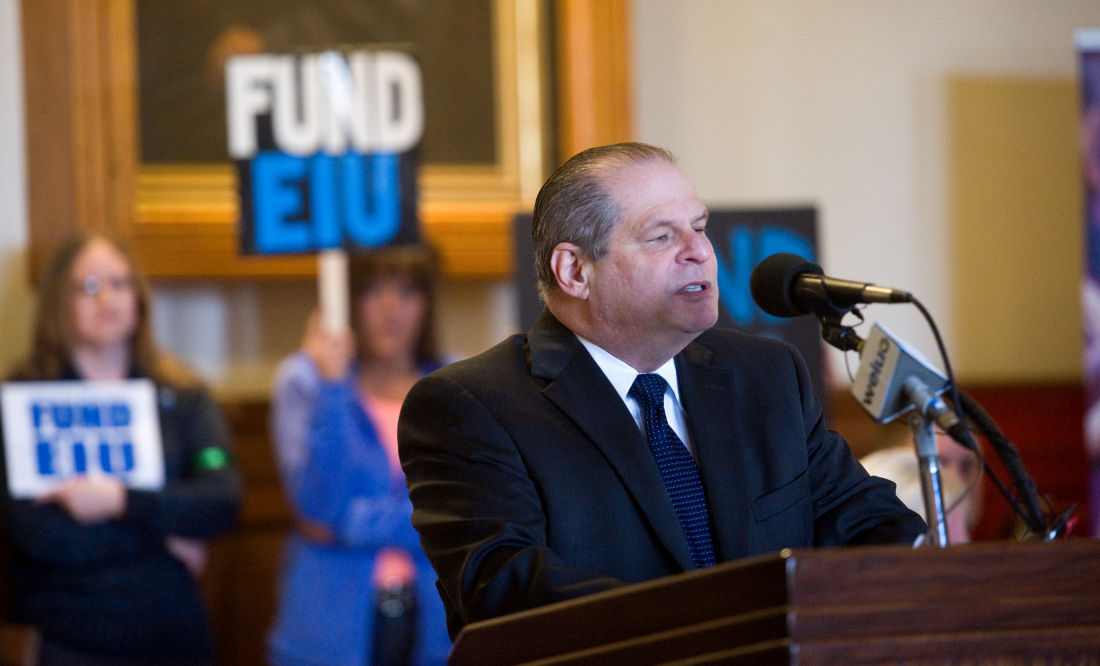 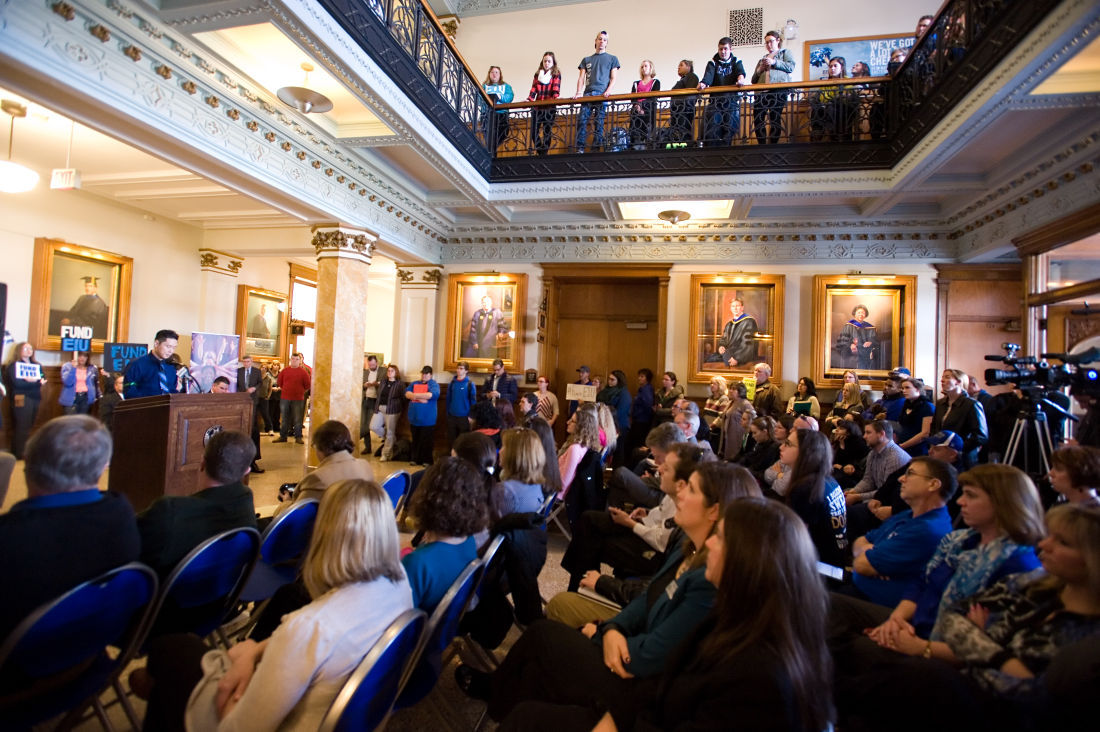 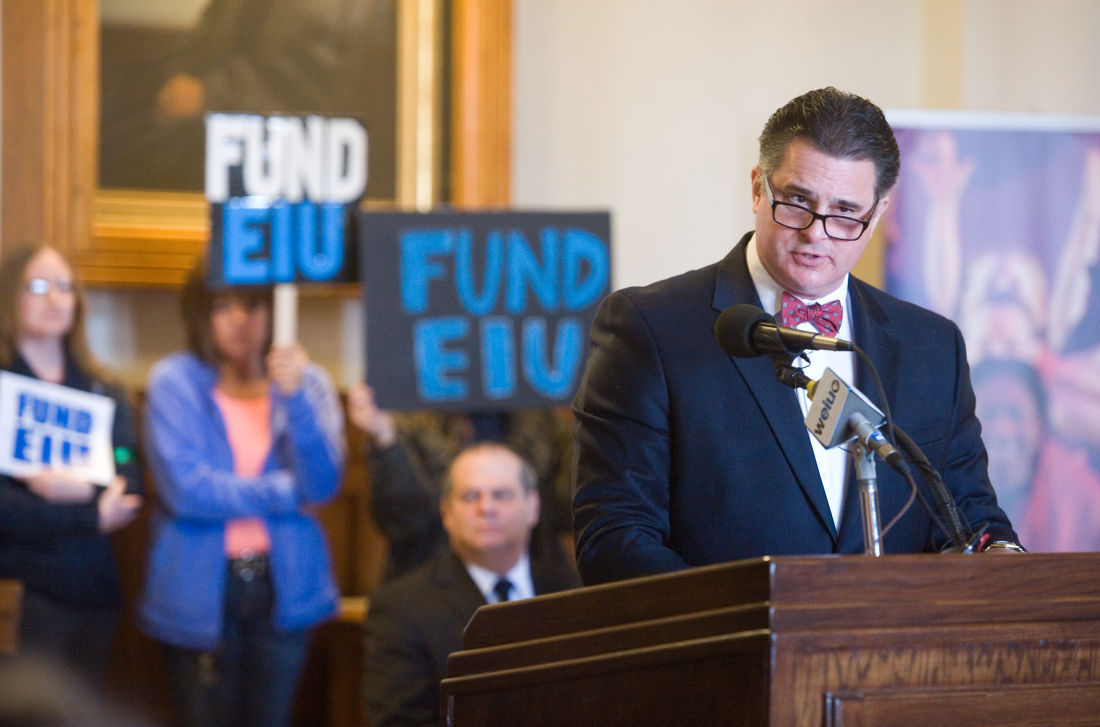 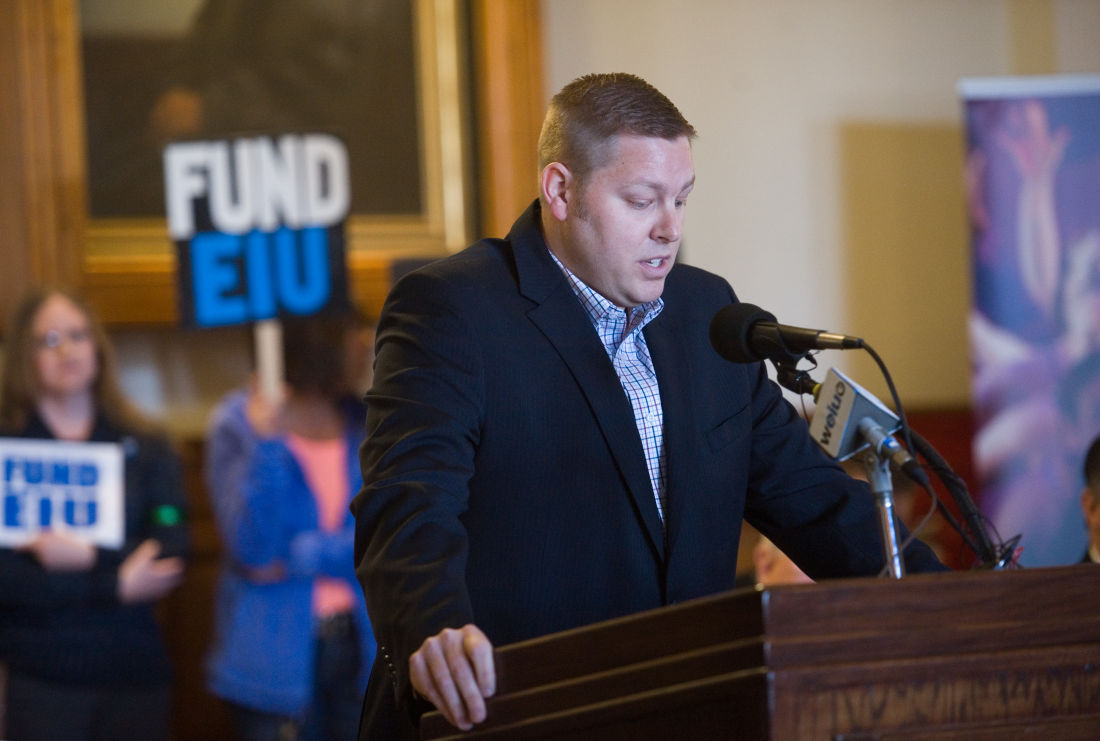 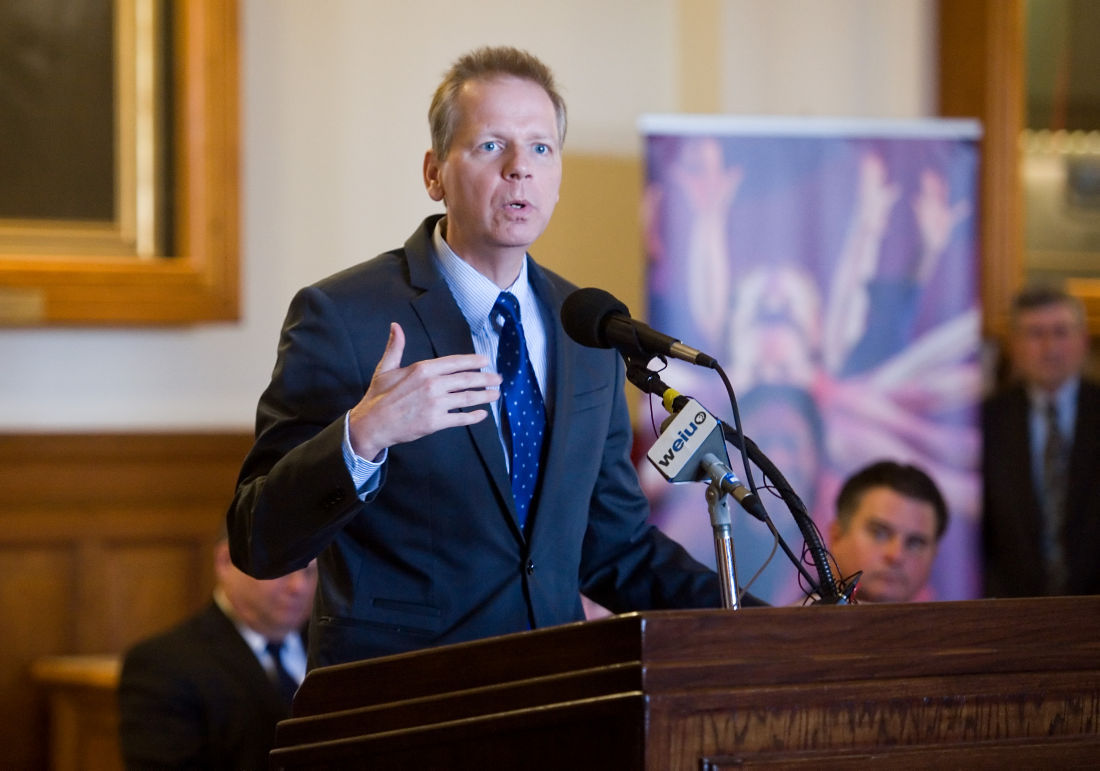 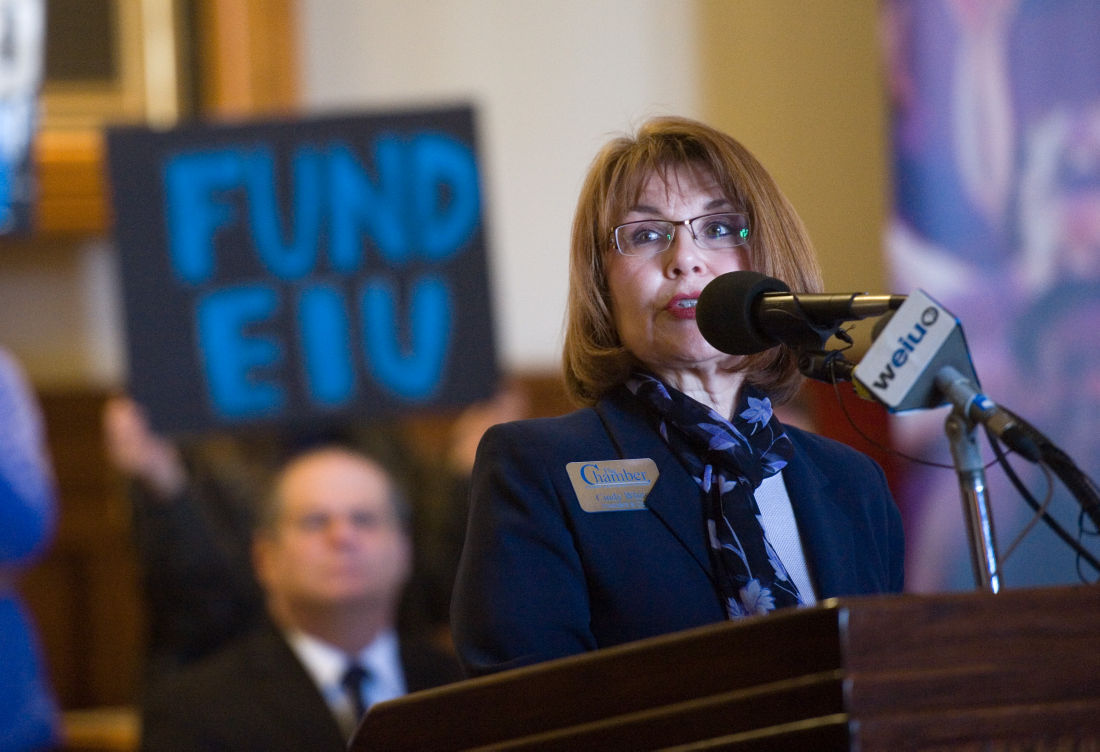 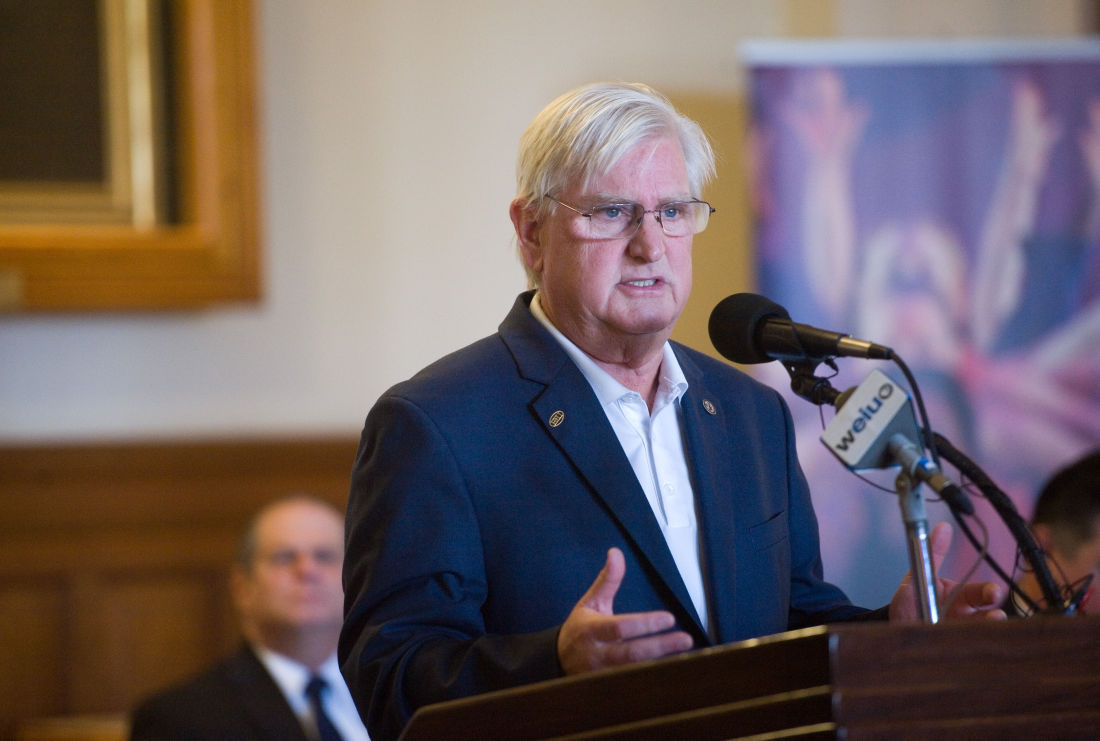 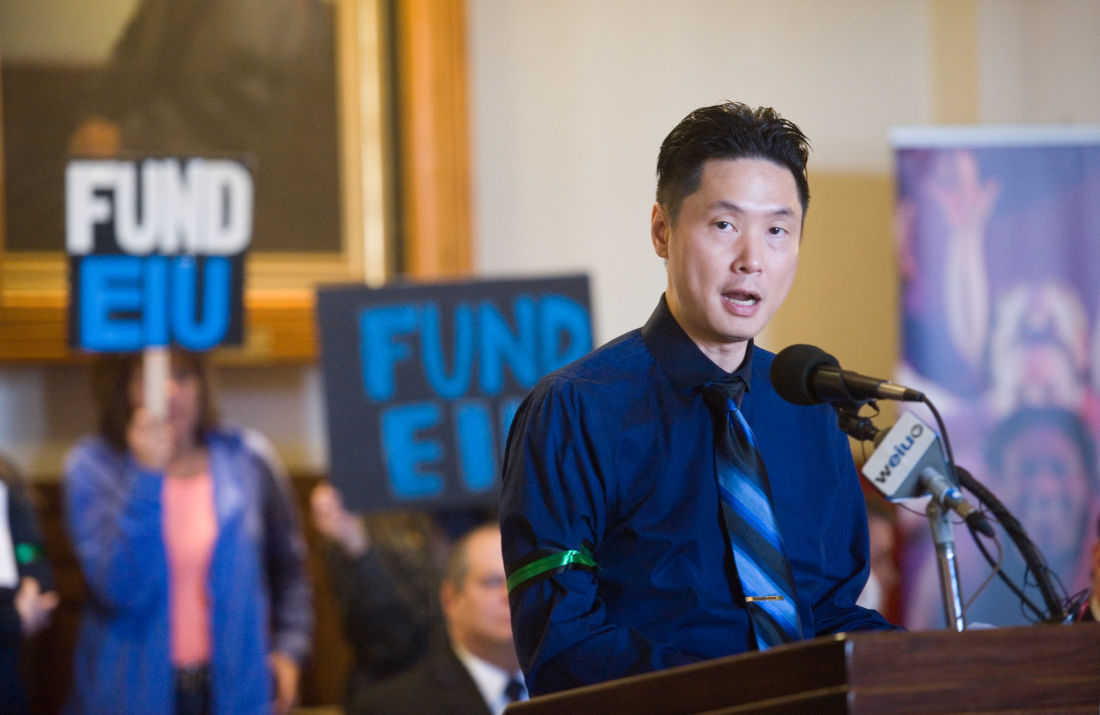 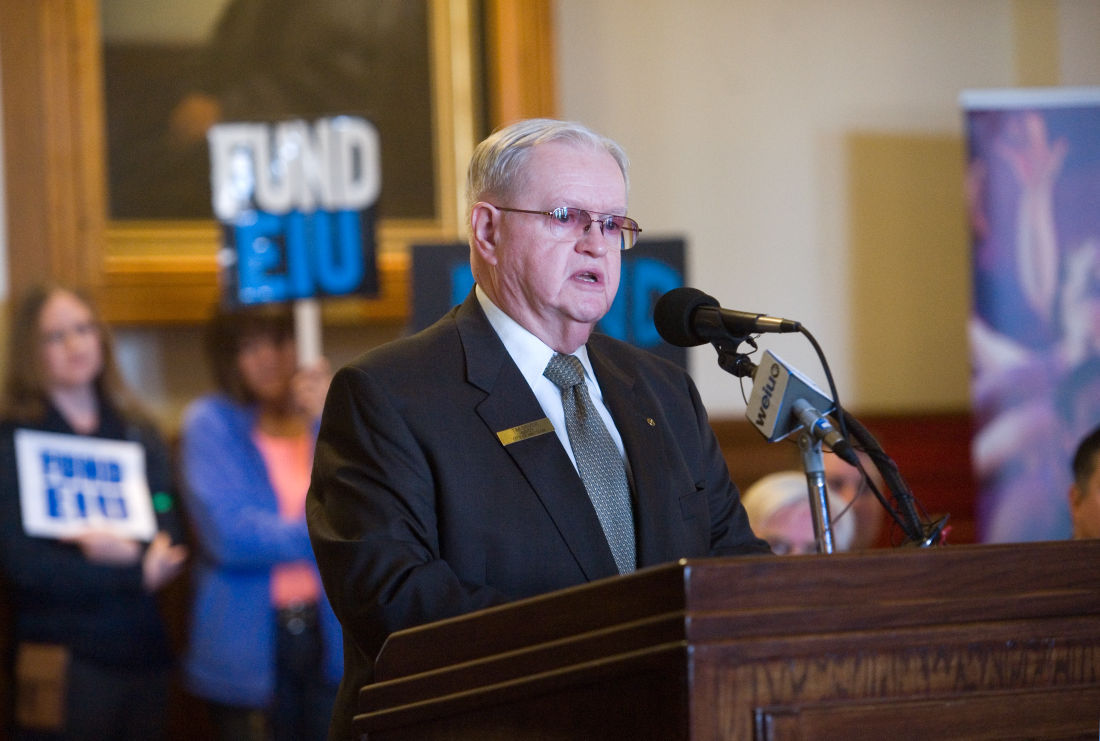 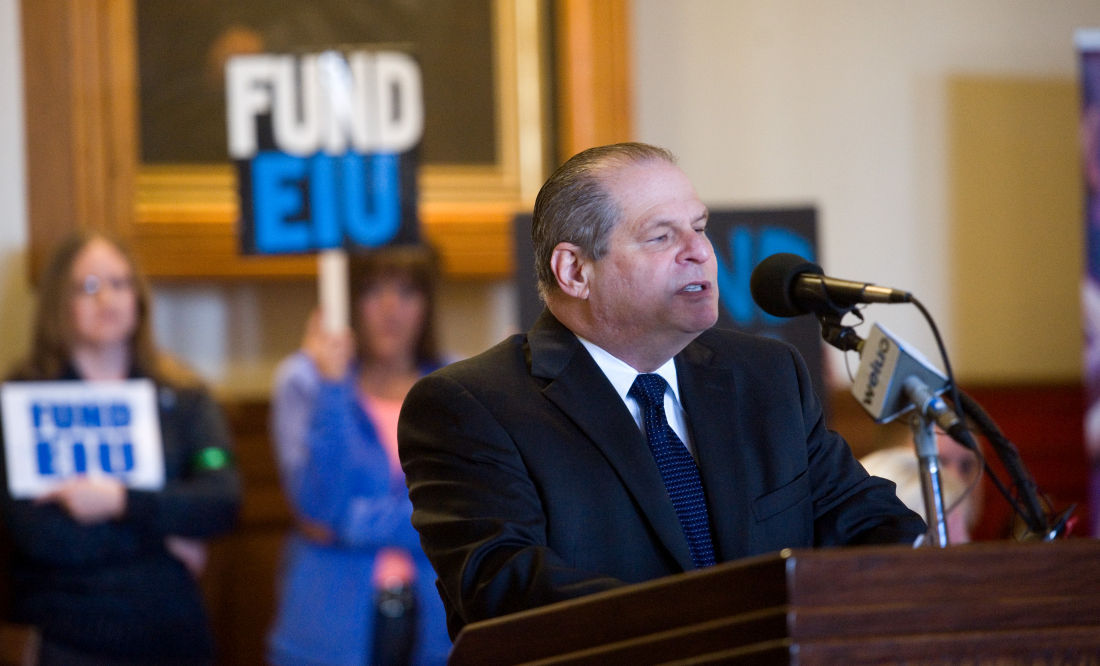 House Bill 6409, sponsored by Phillips, R-Charleston, and State Rep. Ken Dunkin, D-Chicago, would appropriate $160 million from state general funds to the Board of Higher Education for “emergency assistance to public universities,” according to the measure.

Phillips said the details as to what constitutes emergency assistance are not clear at this time. It also is not clear which universities would receive the funds.

"I can't tell you exactly who it is for," Phillips said. "It is $160 million in emergency funds to colleges facing shortages now... You are looking at those that are getting ready to close their doors."

In his eyes, Phillips expects universities like Eastern and Chicago State University will need funding now because of the dire straits they are in. Phillips said he hopes Eastern would get a good chunk of the money.

The bill would also appropriate $40 million from state general funds to the Illinois Community College Board for “emergency assistance to community colleges,” according to the bill.

This bill is also contingent on Senate Bill 3044, which amends the State Finance Act, “eliminating the requirement that funds transferred, as authorized for cash flow borrowing during fiscal year 2015, must be repaid within 18 months,” according to the bill.

Phillips said the amendment to the bill would allow the allocation of funds meant to reimburse swept funds used to pay for last year’s budget to higher education institutions in need of it instead.

The house bill does not mention MAP grant funding specifically, but it could be involved in the bill.

Phillips said this would be a quick way to get money to Eastern and other universities in need.

State Sen. Dale Righter, R-Mattoon, said he is in support of the bill. He said there should be an understanding that these are not permanent solutions to the problem.

Phillips and Righter said it is now up to Illinois House Speaker Michael Madigan and Senate President John Cullerton to allow the bills to be put to a vote.

Phillips said he has hope the emergency funding bill will land because it has co-sponsorship from a Democrat and a Republican. He also said Gov. Bruce Rauner has shown support for the bill.

Righter is still seeking support for his bill that would fund universities at 80 percent of what they received in fiscal year 2015, community colleges at 90 percent, and MAP grants at 100 percent. He said he wants his bill and any other bill made to fund higher education to be put to a vote.

Phillips said he is in support of either bill that can get to the legislature the fastest, which he believes is his bill. Phillips said Righter’s bill would not make it through the Democrats.

Phillips said both actually have a funding mechanism, though, which he criticizes previous Senate bills as not having.

Along with the announcement of the bills at Tuesday's gathering at EIU's Old Main, local community leaders and spokesmen detailed their frustrations with the lack of state funding as well as the importance of Eastern to the area.

A similar theme swept through each speech as with the rallies that have taken place recently: fund higher education. Each speaker emphasized the importance Eastern is for the financial and cultural fabric of the area, as well as the emotional devastation that comes with layoffs that will have to take place as a result of the funding issues if they remain unsolved.

Most recently, 177 Eastern civil service employees have received layoff notices and will be leaving around March 12 unless state appropriations are given out.

“This is not just a number,” said Kai “Bill” Hung, UPI EIU-University Professionals of Illinois media coordinator and associate professor in biological sciences. “These are my colleagues. These are my friends. They are our neighbors. These are the people we see at grocery stores and at church.”

According to EIU President David Glassman, currently, 1,500 full-time and part-time employees work at Eastern. He said the cuts that have been necessary, as well as how many Eastern employees might be laid off in March in response to the state budget standstill, have been disheartening.

“In some cases, both husband and wife received notices of layoff and now have to face a future with zero paychecks rather than two," Glassman said.

Cindy White, Charleston Area Chamber of Commerce president and CEO, noted that Eastern’s positive impact to the area is far reaching. White said the students and staff at Eastern generate tax money through property and sales that go into local municipalities to then be used to enhance the community; feed money into local area businesses; provide the area with well-educated people who then often work locally; and innovate and enhance the area through research done at the university.

“There is no way to justify what is happening,” Charleston Mayor Brandon Combs said.

Eastern’s financial impact is seen beyond Charleston as well, according to Mattoon Mayor Tim Gover and Effingham Mayor Jeff Bloemker.

Gover said the Eastern community produces revenue in Mattoon shops and in the municipality as well. Bloemker mirrored his sentiments.

“The loss of Eastern Illinois University would represent the loss of hundreds of hotel stays, restaurant visits, conventions and fuel purchases by those involved in some EIU function or another,” Bloemker said.

Glassman has said in an email that Eastern will survive this struggle with necessary appropriations from the state.

“We will have this resolved,” Glassman said. “What has been missing, what is missing, is our state appropriations."

The parties to the case have been asked to present proposed cleanup schedules for the property to the judge.

It took the firefighters about two hours to get the fire under control.

The Charleston Police Department reported that the stabbing victim was treated and released from the hospital.

The change to federal guidance came as cases in Illinois and around the country continue to rise as the vaccination pace stagnates and mask mandates are relaxed.

The plan was developed with input from community members. The first day of classes is Aug. 12.

The new COVID-19 cases have increased Coles County's total case count since the pandemic began to more than 6,000.

Steve Thompson was honored in June for his work on the Coles County Historical Society's Women's Suffrage Exhibit and local preservation efforts.

Watch now: Aaron and Susan DeRousee talk about working as a team at Fry Guys