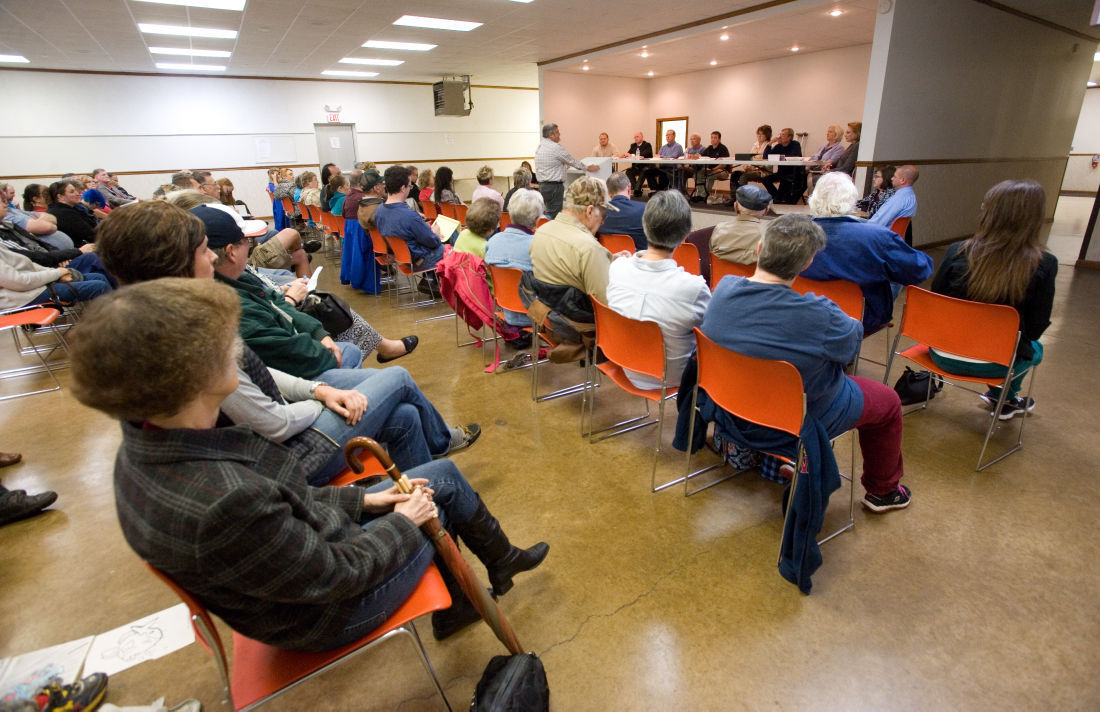 People listen during the Mattoon Planning Commission meeting regarding Mattoon Area PADS at the Demars Center in Mattoon on Tuesday. 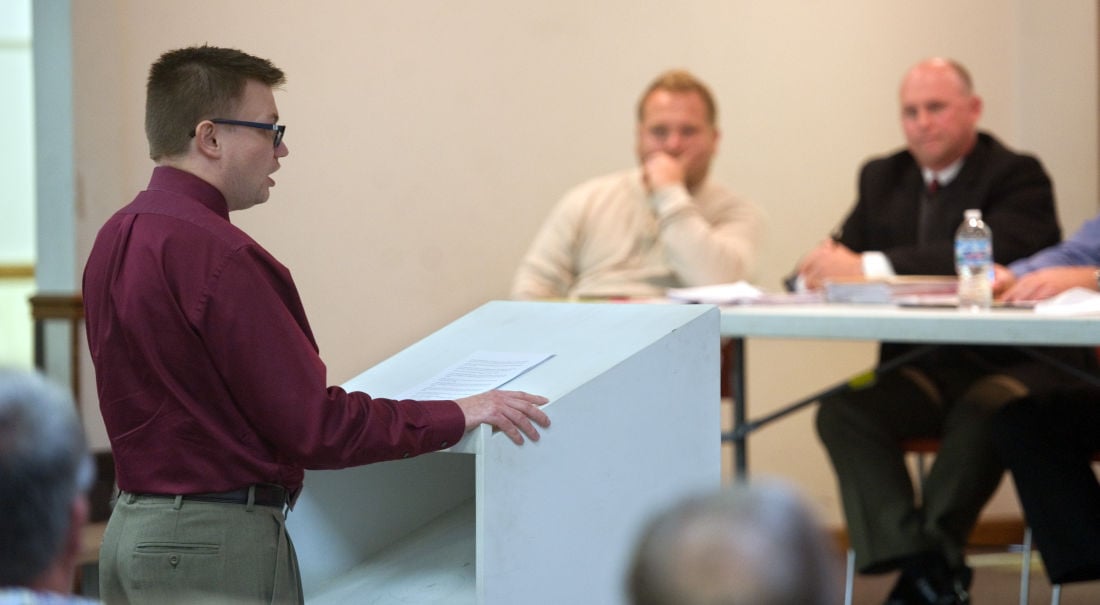 The commission took this vote at the conclusion of an often raucous nearly four-hour hearing before a large crowd of permit opponents and supporters in the Demars Center at Peterson Park.

Mattoon school district Assistant Superintendent Dave Skocy, who represents the district on the commission, said he abstained from the vote because the district's facility engineer, Kent Metzger, is one of the owners of the proposed shelter location in the former KAM Solutions building.

Skocy did read a statement saying that the Mattoon school district supports PADS' mission and appreciates that this nonprofit organization does not allow registered sex offenders to stay there.

"The concern is where do they go when they are turned away," Skocky said, echoing a worry that was also expressed by several permit opponents. He expressed concerns about the proposed shelter site being less than 500 feet away from the Mattoon High School campus to the south.

PADS was represented at the hearing by attorney Brent Holmes, who noted that the service commercial zoning at 2417-2421 Marshall allows for motels and other commercial businesses.

Holmes said PADS screens its guests so that it can bar unauthorized people, something that is not done for customers of private business or for special events at the high school, for example.

The Planning Commission recommendation is slated to go before the Mattoon City Council for final approval at a date that has not yet been scheduled.

PADS has been operating out of an 1,800-square-foot former doughnut shop building since the inception of the shelter 13 years ago. The nonprofit group is seeking a bigger facility with space to offer a larger kitchen and staff work/storage area, separate overnight accommodations for families, and on-site day programming.

This nonprofit organization provides temporary shelter for individual men and women and for families, including children. The shelter is staffed by paid employees and by volunteers, many of which are from youth groups. PADS offers a community soup kitchen program that is open to diners of all ages.

People listen during the Mattoon Planning Commission meeting regarding Mattoon Area PADS at the Demars Center in Mattoon on Tuesday.