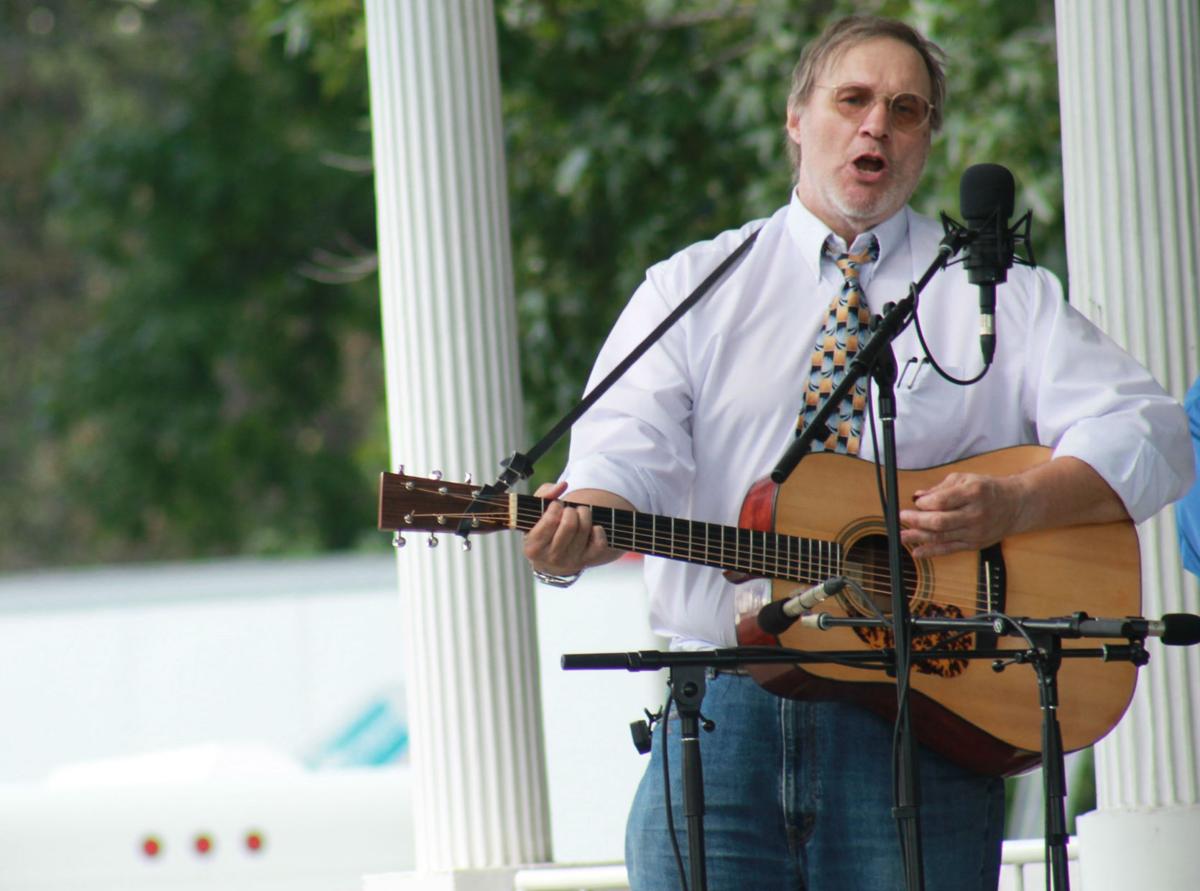 David Hanners, Casey native, performs as part of the Quarry Branch Boys at the Casey Popcorn Festival on Saturday. Hanners, a Pulitzer Prize winner, returned briefly from where he lives now, Kuwait, to perform with the rest of the band. 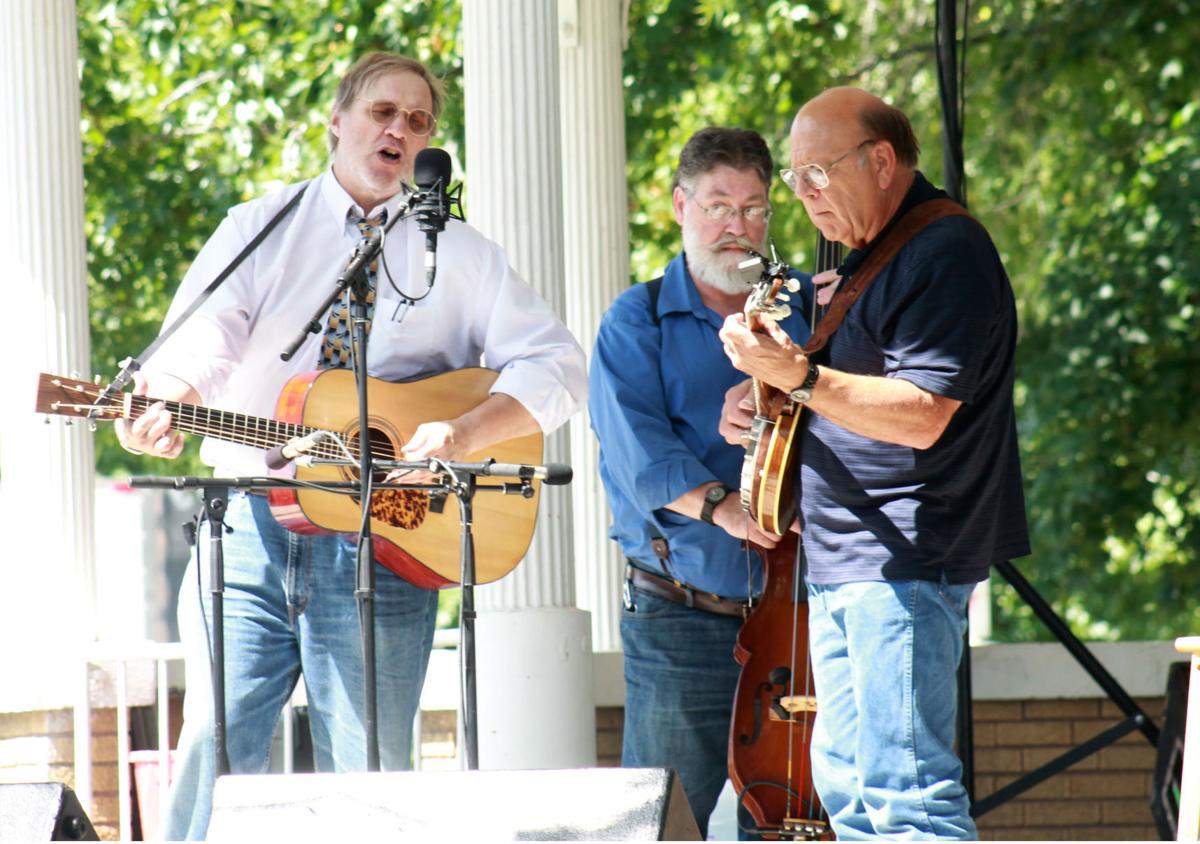 The Quarry Branch Boys perform at the Casey Popcorn Festival on Saturday.

CASEY -- It had been years since David Hanners had set foot on the bandstand in Fairview park to play his guitar, let alone Casey in general.

He remembers the first time he was on the bandstand in Fairview Park performing in public.

At a festival decades before, he was called on stage, where he performed “Rocky Mountain High” by John Denver, and “sucked,” according to Hanners. He said he remembered butchering the song.

Now, years later, the 61-year-old guitarist was able to return to his hometown Saturday and perform some songs he has penned over the years, as part of the Quarry Branch Boys, at the Casey Popcorn Festival, the last stop after numerous gigs.

“It really feels good to able to come back and right that wrong,” Hanner said. “I kinda felt like I should say, ‘Sorry, I sounded so bad all of those decades ago. I hope today sounds better.’”

The performance, which encapsulated the history of the local area through the lyrics of the songs, was only an hour or two taken out of the audience's day.

However, for Hanners and the rest of Quarry Branch Boys -- including Karl Burke on bass, Richard Hippler on banjo and Solly Burton on mandolin -- it was a passion project over a year and a half in the making.

About two years ago, Hanners had moved to Kuwait with his wife, Sharon, so that she could go back into international teaching.

“If the food is good, I am down for it,” he said when the opportunity arose to leave the country.

Hanners moved from his job in St. Paul, Minn., as a journalist for the St. Paul Pioneer Press. At the time, he also did work for the Dallas Morning News, where he did a 22-month story on airplane crashes that earned him a Pulitzer Prize.

While a journalist for decades, Hanners said performing and songwriting had been a passion of his for much of his life.

However, in Kuwait, an avenue to perform was limited.

“There are not many opportunities to play over there for a variety of reasons,” Hanners said. “I booked more gigs over the summer (in this area) than I have played the past two years in Kuwait.”

In the Middle Eastern country, he sought to play. So, a few months in, he called on three people -- Burke, Hippler and Burton -- who might be interested in combining their stringed instruments and creating a bluegrass band. To his surprise, Hanners said it was resounding “sure” across all three.

Through the two-year stint in Kuwait, the band would practice playing along with tunes Hanners recorded.

Burke said as time drew on, it had just become a build up of anticipation.

Finally, Saturday, the band -- excluding Burton, who had been involved in a car accident days before -- was able to perform together on stage, Hanners said.

“There is a sign on the outskirts of town: 'home of David Hanners, Pulitzer winner,' or whatever, and I wanted to show them, not another side of me, but that I also play music.,” he said.

They played tunes highlighting historical peaks in the local area.

Today, Hanners is back off to Kuwait after his summer-long stretch in the U.S.

Communities in Louisiana come together after disaster

Communities in Louisiana come together after disaster

David Hanners, Casey native, performs as part of the Quarry Branch Boys at the Casey Popcorn Festival on Saturday. Hanners, a Pulitzer Prize winner, returned briefly from where he lives now, Kuwait, to perform with the rest of the band.

The Quarry Branch Boys perform at the Casey Popcorn Festival on Saturday.