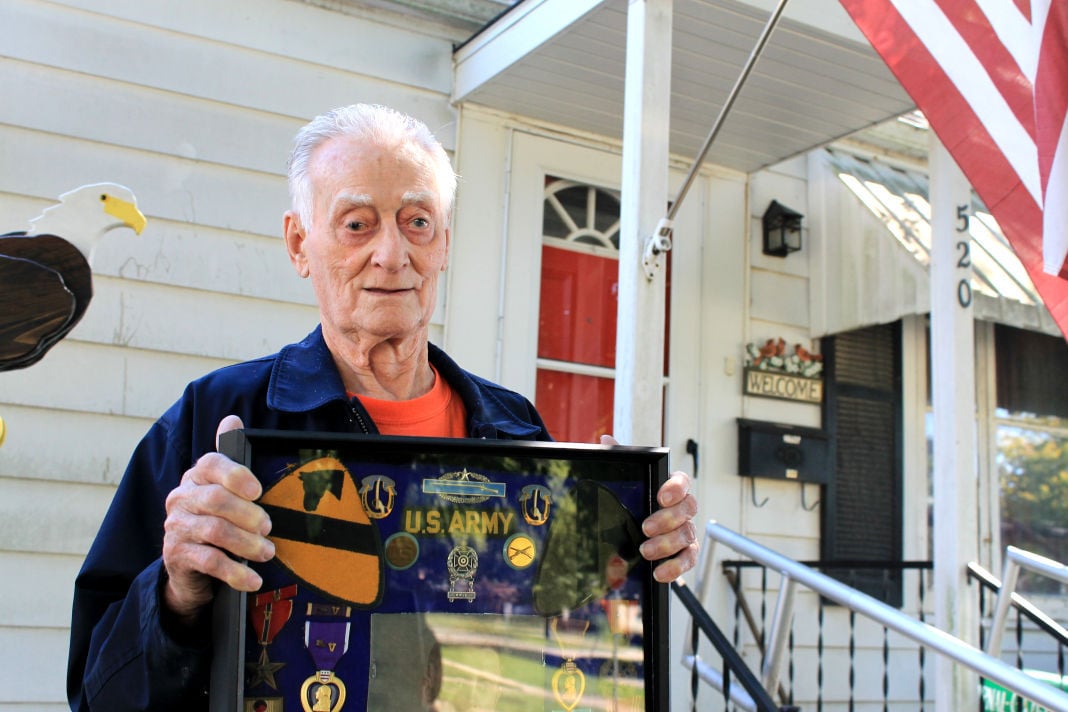 Stanford Sharp of Mattoon was an Army soldier in the Vietnam War from 1965 until 1968. He served two tours in Vietnam, as well as one in Korea during the Korean War prior to that. 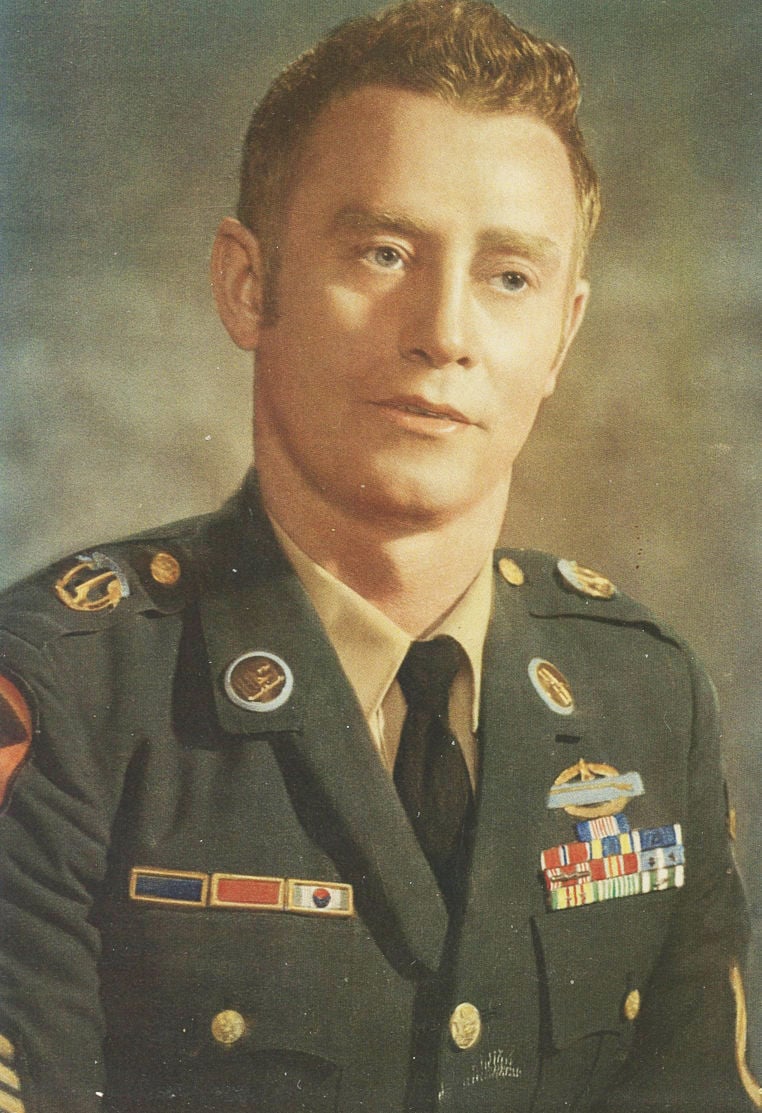 MATTOON -- For Stanford Sharp, war and combat were not new when he arrived in Vietnam.

Previously, before the two tours he served in Vietnam, Sharp was dropped into the Korean War at 18, where he served in the National Guard keeping watch on the border.

In his sophomore year of high school, Sharp and every other person in Mattoon in the National Guard were sent to Korea to fight for their country.

As the U.S.’s involvement in the Vietnam War became inevitable, Sharp enlisted again, this time into the Army. In his 40s, Sharp served in combat from 1965 to 1968 as an E6 Sergeant.

Sharp tried to stay involved with the war as much as he could in order to help and protect his fellow soldiers, many of whom were much younger than he was, he recalled.

Sharp said he felt he had an inherent need to guide those young soldiers, many of whom were terrified.

Sharp said he didn't mind combat, for the most part.

“Combat didn't bother me,” Sharp said. “I would be scared of being shot at. Sure, I was, but it didn't slow me down in what I was going to do.”

Despite his fears, Sharp went head first into combat and often was close to being one of the many casualties in the war.

Once on patrol through the thick jungles that seemed to infest the country, a shot-down American helicopter crashed near his position. Sharp, along with one other soldier, rushed to the scene seeking to remove and help anyone who may have survived.

He pulled one man out, and he heard the soldier repeatedly saying the helicopter was going to explode.

“It didn't make any difference. I was still going to get him out, regardless,” he said.

Sharp said the explosion was so large that he along with the other soldier were thrown quickly to the ground.

Sharp said close calls were a common experience in Vietnam. He was almost killed one time walking on patrol, again, when a large round of ammo came down on two soldiers, who had just come off of rest and recovery, right in front of him, killing them both.

After his first tour of duty, he was sent to a base camp where he would then have to train new soldiers. Sharp said while the job was easy, it was not for him.

“I enjoy protecting my country,” Sharp said. “I came in to fight for my country.”

After speaking with a general about his request, Sharp was then sent back to where he said he felt he could help the most.

He said he felt he needed to be there because it was a duty he needed fulfill in order to best serve his country in the best way he could.

Sharp fought with the First Battalion, Seventh Cavalry through both tours, periodically having to slosh through rice paddies.

Sharp explained they had to avoid trails and paths because they were assuredly booby trapped by the enemy. There would be pros and cons to doing this. The water-filled fields would normally be knee deep, making movement very difficult.

Without easy mobility, firefights became very challenging and dangerous. Firefights were common in these fields. The enemy forces often knew that soldiers would not take the paths, making it easier to pick them off in the fields.

Sharp said he and the 30 he was in command of were once pinned down in a rice paddy field. Despite a string of close calls, this firefight led to Sharp getting shot in the leg.

Sharp said when they were pinned down, a machine gun crew of two, one who manned the gun and one who held the ammo, got separated. Because the gunner had no ammo left, Sharp had to go and retrieve some more. While making his way over to where there was more ammo around 40 feet away, he was shot.

With only two months left in his tour, Sharp was shot in the leg and in need of medical transport from the scene. Because the area was still hot, he had to crawl to the helicopter to be taken away. No one could help, because if they did, they would have been shot as well, he recalled.

After a successful surgery in Japan and a short period of time in Fort Knox, Ky., Sharp was discharged, despite his interest in going back in.

Sharp then finished his career at home that he had started after the Korean War as a correctional officer.

At 82, Sharp is now retired and lives in Mattoon with his wife Donna Sharp.

Stanford Sharp of Mattoon was an Army soldier in the Vietnam War from 1965 until 1968. He served two tours in Vietnam, as well as one in Korea during the Korean War prior to that.