JG-TC readers: Tell us your 'one good thing' from the past year

Watch now: Michael Madigan is resigning. Here's what his annual pension amount will be.
0 comments
Share this
{{featured_button_text}}
1 of 3 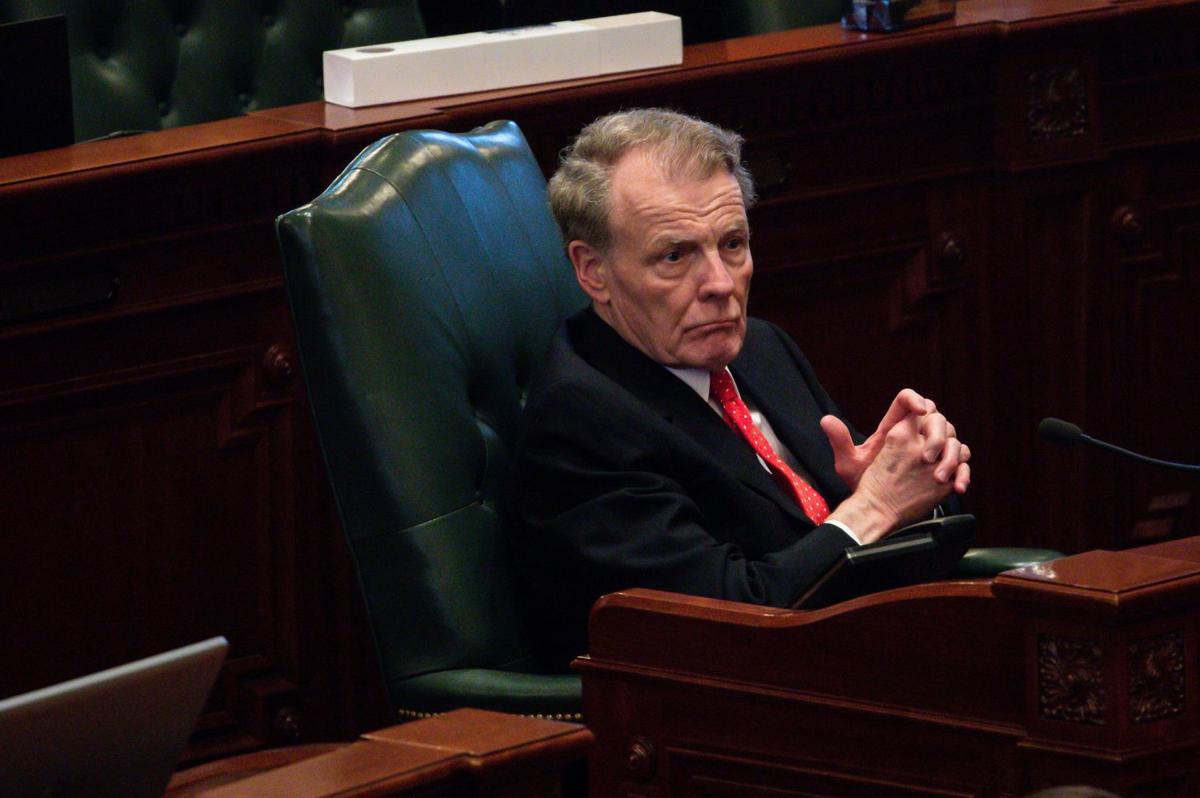 Michael Madigan listens to a debate on the House floor in 2019. The House speaker resigned Thursday after five decades in the Legislature. 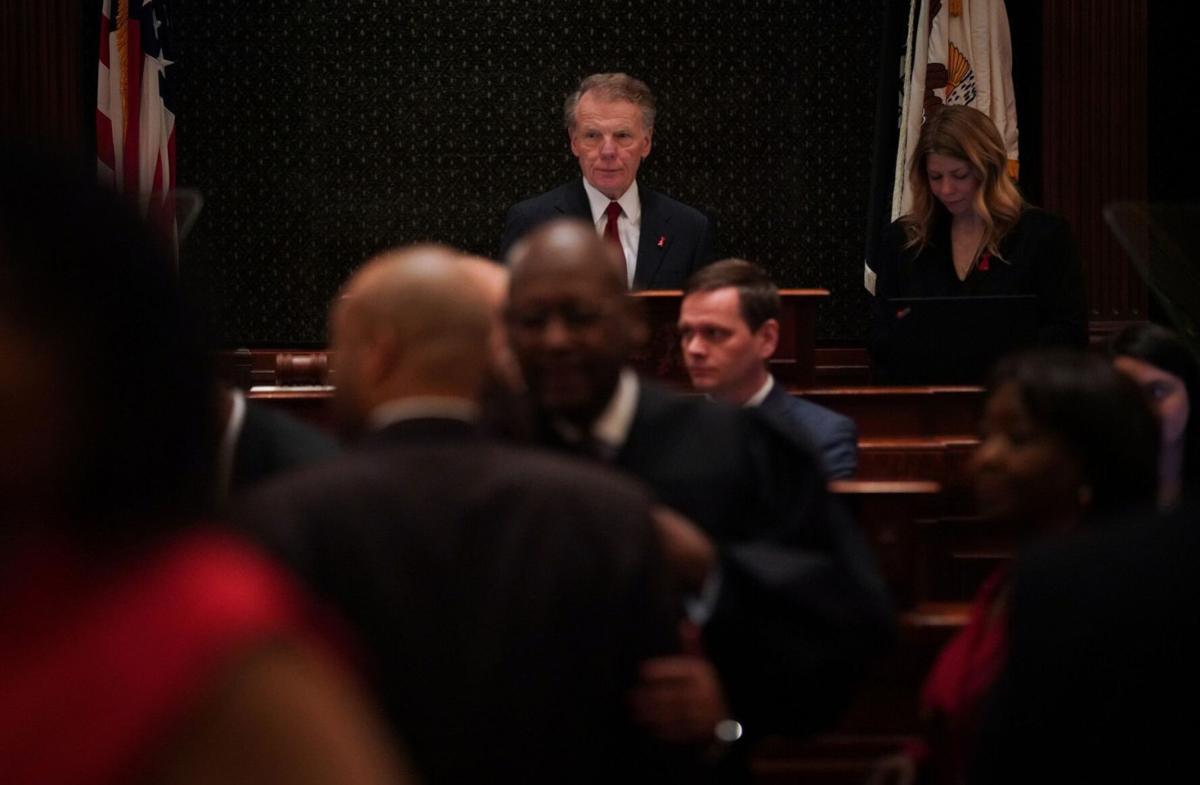 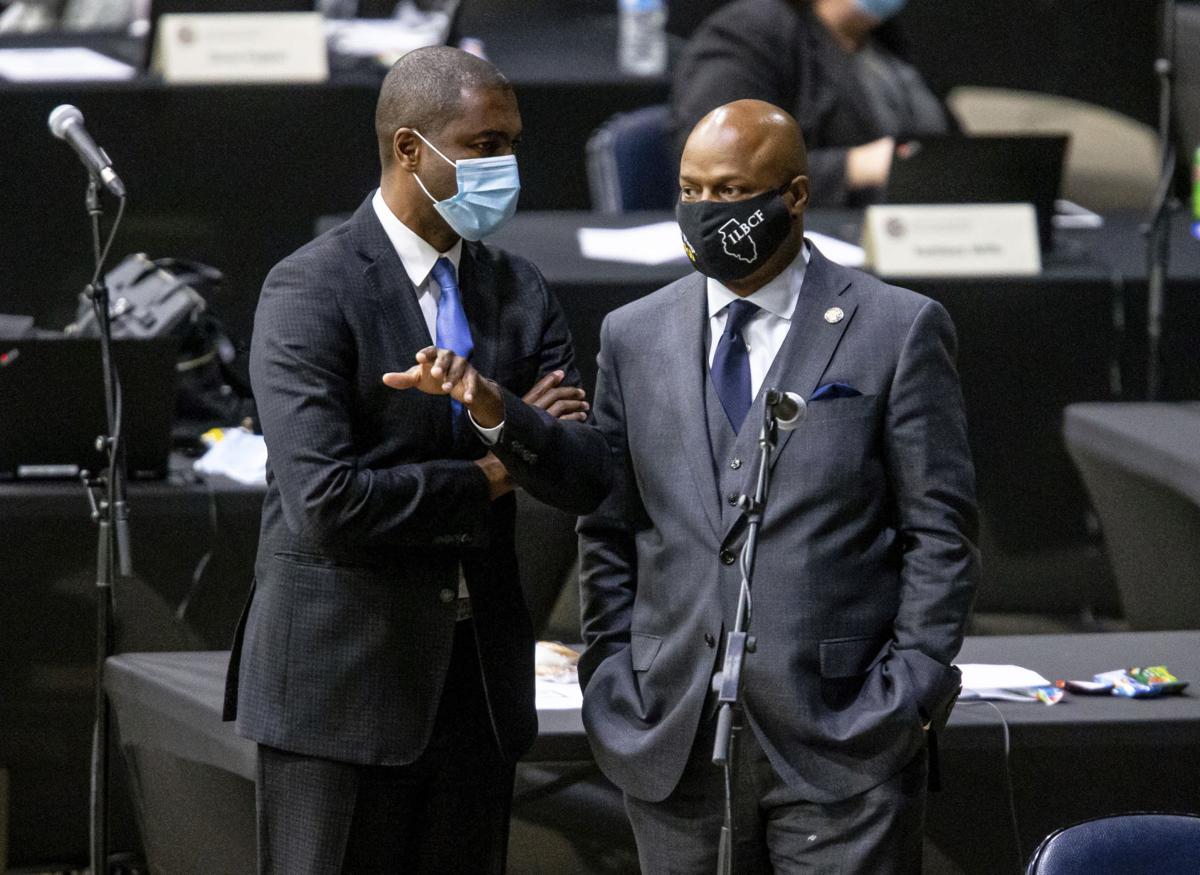 SPRINGFIELD — Michael Madigan, who rose through the Illinois General Assembly ranks over five decades to become the most powerful policy gatekeeper in Illinois government, on Thursday announced he is resigning from his seat in the House immediately, a month after he was ousted as the country's longest-serving state house speaker.

The move was expected by Madigan, 78, who is part of a federal corruption investigation in which he is denying any wrongdoing. In a lengthy statement, he pushed back on critics one last time.

“It’s no secret that I have been the target of vicious attacks by people who sought to diminish my many achievements lifting up the working people of Illinois. The fact is, my motivation for holding elected office has never wavered. I have been resolute in my dedication to public serve and integrity, always acting in the interest of the people of Illinois,” he said.

His initial statement said he plans to retire by the end of the month, but by the end of Thursday the letter he submitted to the clerk of the Illinois House said his resignation was effective immediately, a spokesperson confirmed. His current term, which he won in November, would have ended in January 2023.

Madigan failed to earn enough support to win another term as speaker, resulting in the election last month of Speaker Emanuel “Chris” Welch.

Support within the Democratic caucus began to fracture after federal prosecutors revealed last July that Commonwealth Edison admitted executives were bribing associates of Madigan in a yearslong scheme to ensure legislation favorable to the company.

Although Madigan has not been charged, Republican lawmakers launched a special committee to investigate his involvement. That committee ended with a partisan finding that Madigan did not commit conduct unbecoming of a lawmaker.

Madigan, who was raised in the Clearing neighborhood on Chicago’s southwest side, is a graduate of Notre Dame University and Loyola University Chicago School of Law. He is a partner in a Chicago tax appeal law firm.

In 1969, Madigan was elected the Democratic committeeman for the city’s 13th ward, and slated as a delegate to the 1970 constitutional convention. In 1970, he was elected to represent the 22nd district, which covers a portion of the southwest side of Chicago.

He was elected speaker of the House in 1983 and served, for all but two years, until January. In 1998, he was elected to serve as state Democratic Party chair, a position he continues to hold. That term ends in March 2022. A spokesperson for Madigan did not comment on his plans for that role.

As party chairman, Madigan remains in control of the Democratic Party of Illinois’ committee fund, which has nearly $2 million on hand.

Even after he leaves the House, Madigan will also still control two other massive political committee funds: the Friends of Michael J. Madigan, which stands at more than $13.5 million and the 13th Ward Democratic Organization, which has more than $2.6 million.

Kent Redfield, an emeritus professor of political science at the University of Illinois at Springfield, said Madigan can continue to accept contributions to the Friends of Michael J. Madigan and the 13th Ward group and distribute money from those committees to other candidates’ committees.

Redfield said Madigan’s sources of power came from controlling the legislative process in the House, and “being able to aggregate and distribute money, which gave him huge control over who ran for office, as well as his having an impact on those campaigns.”

“That was the key to the power that he had,” Redfield said. “Losing the speakership and resigning from the legislature — he’s in a significantly weakened position, and it's not clear how much influence he's going to exercise over the (Democratic Party of Illinois).”

Madigan’s oversight of an enormous campaign war chest as the Illinois Democratic Party’s chair, as well as his unilateral power over the House chamber, led some, especially Republicans, to demonize him as a corrupt machine boss who, with the support of organized labor and trial lawyers, controlled Illinois’ state government.

Former Gov. Bruce Rauner, who campaigned on busting unions in Illinois, regularly ran ads during his single term, which was plagued by a two-year budget impasse, that characterized Madigan as a power-hungry puppet master.

Republican House Minority Leader Jim Durkin, of Western Springs, who initiated the special committee investigation into Madigan, echoed this characterization of Madigan, describing the former Speaker’s tenure as an “autocratic rule” that “has not made Illinois a more prosperous nor competitive state.”

Durkin said in his written statement that Madigan’s resignation represents a “new day” in Illinois that he has been looking forward to for many years.

“I urge the Democrats in both Chambers and the Governor to reflect on how we can use this opportunity to improve Illinois,” Durkin said. “Our state is in shambles – financially, structurally and ethically. New ideas and sincere collaboration between the parties is the only pathway forward.”

'I've made a difference'

During his five decades in the General Assembly, Madigan has overseen significant legislative achievements that include the passage of a same-sex marriage law and raising the minimum wage to $15 by 2025. It was said he held more influence than those elected governor.

Madigan also came under fire in recent years for his handling of sexual harassment issues in his office.

Welch, D-Hillside, said in a written statement that he appreciates Madigan’s contributions and wishes him well.

“Under him, we’ve had strong, sustained Democratic leadership in Springfield. We legalized same-sex marriage, abolished the death penalty and solidified abortion rights. Illinois also became the first state in the Midwest to increase the minimum wage to $15 an hour. These laws gave underserved populations a new sense of hope,” Welch said.

Gov. J.B. Pritzker also expressed his gratitude for Madigan’s service, and thanked his family too.

“One thing I will say is that when you serve as long, and in as dedicated a fashion in terms of just the sheer number of hours that the man put into the job, his family can really suffer,” Pritzker said in an unrelated public appearance in Belleville Thursday.

Even as he battled to maintain his grip on the speaker’s gavel, Madigan remained a prodigious fundraiser, bringing in more than $6 million in contributions to his Friends of Michael J. Madigan campaign fund in the final three months of 2020.

Thanking Democratic House members and his supporters, Madigan said in the letter, “It is with the collective support of many that we have made Illinois a bastion of Democratic values.”

“I leave office at peace with my decision and proud of the many contributions I’ve made to the state of Illinois, and I do so knowing I’ve made a difference,” Madigan said.

The Chicago Tribune contributed to this report.

Elected office: Was the longest-serving legislative leader in American history before resigning Thursday. He served 19 terms as state House speaker.

Personal: Born in Chicago in 1942, graduate of the University of Notre Dame and Loyola University Law School.

What happens next:  Democratic committee members in Madigan's Chicago ward have 30 days to name a successor. He will remain chairman of the Illinois Democratic Party.

Here's how elected officials and public figures throughout Illinois reacted to the resignation announcement of state Rep. Michael Madigan, the…

Michael Madigan listens to a debate on the House floor in 2019. The House speaker resigned Thursday after five decades in the Legislature.