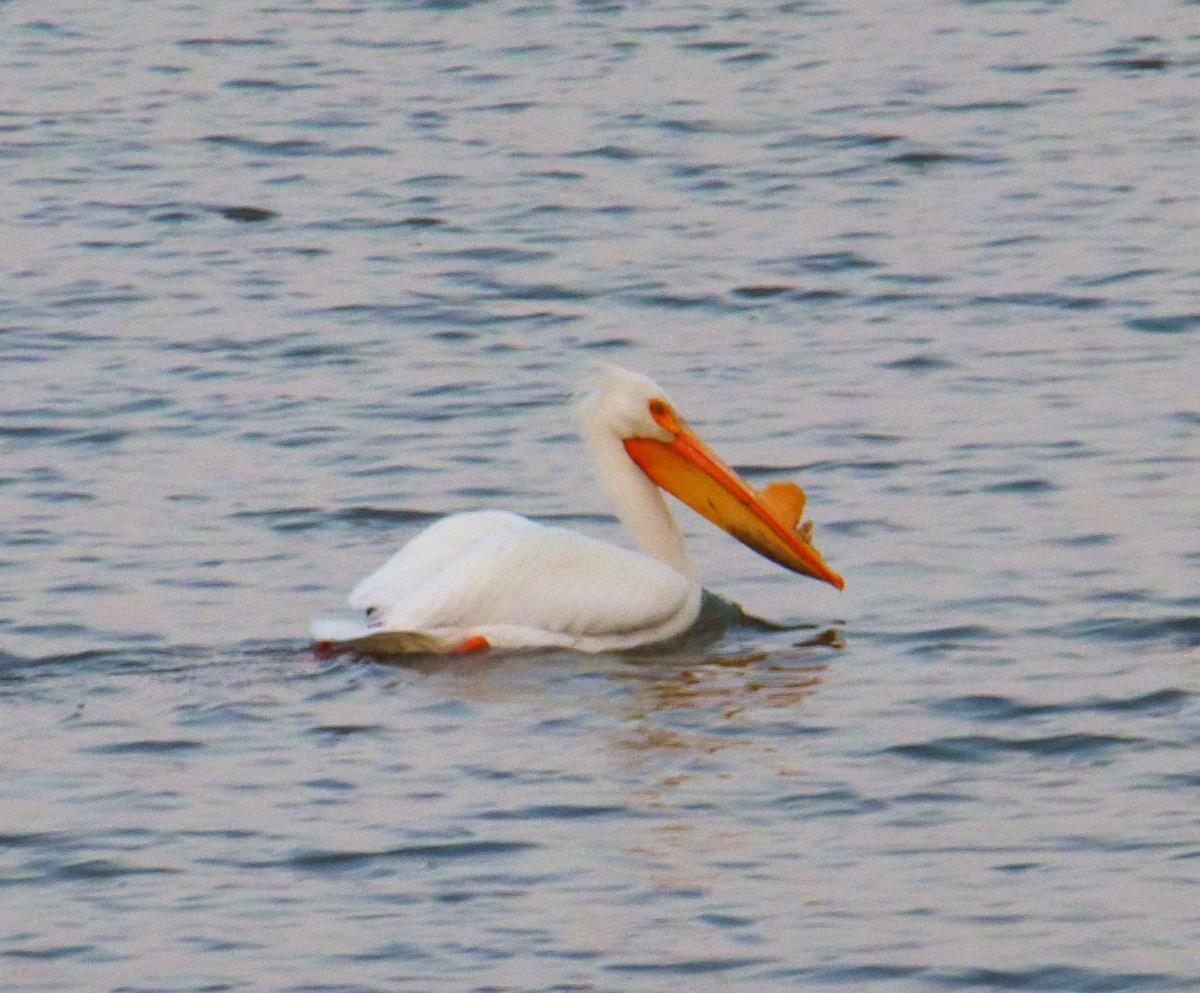 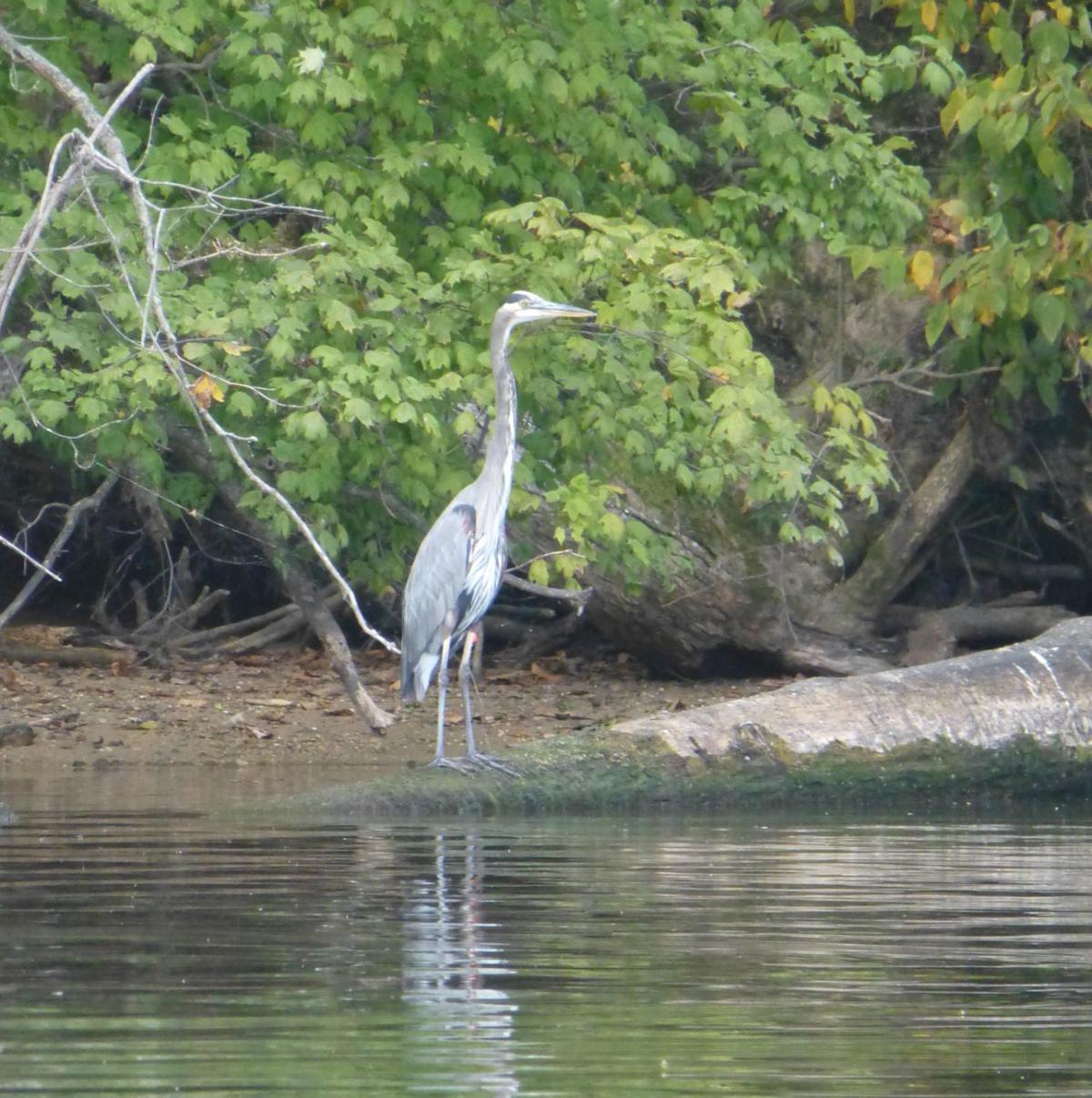 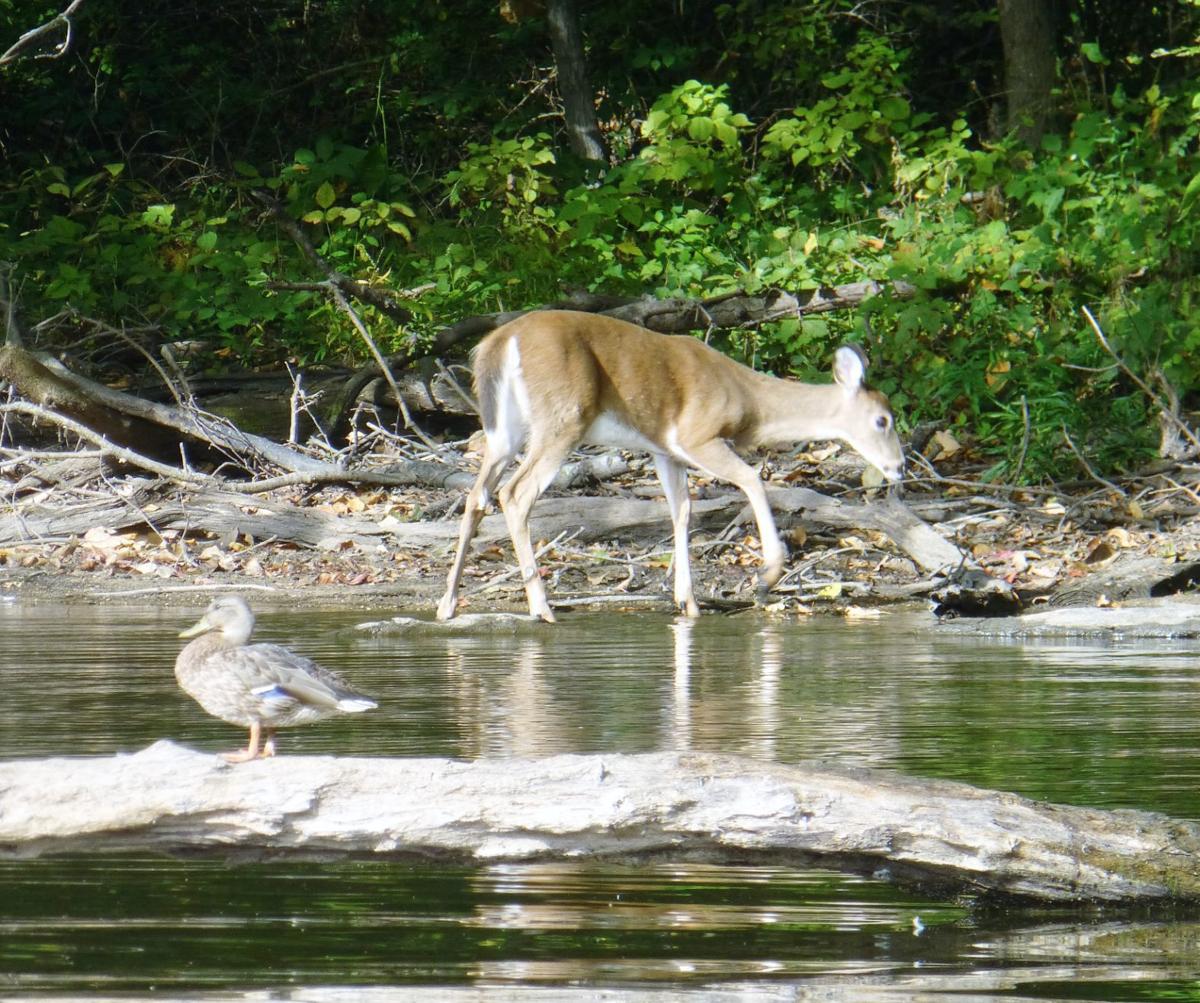 Shown is a deer getting a drink along the shore of Lake Mattoon. 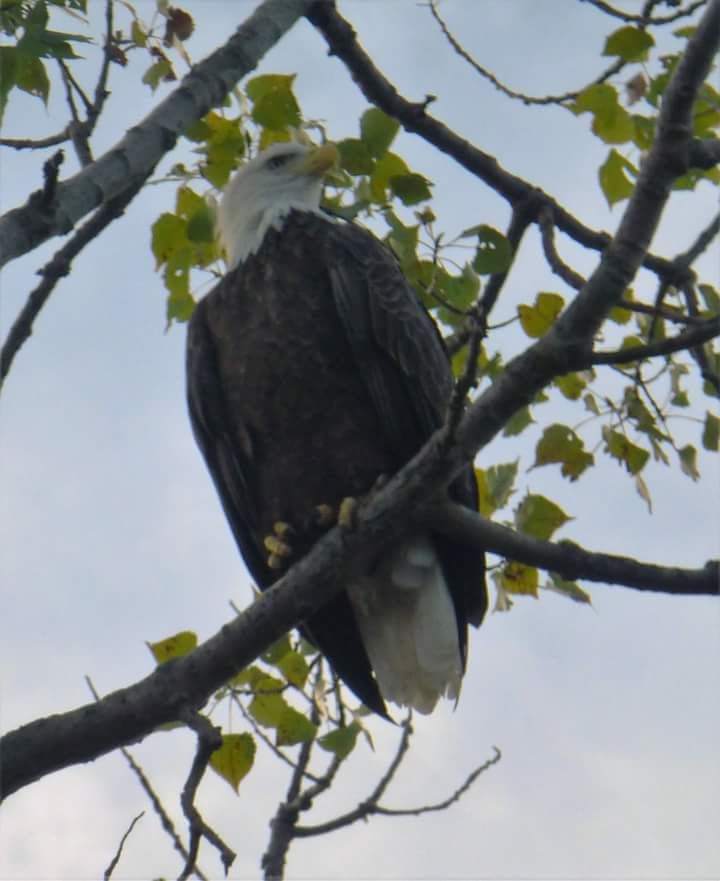 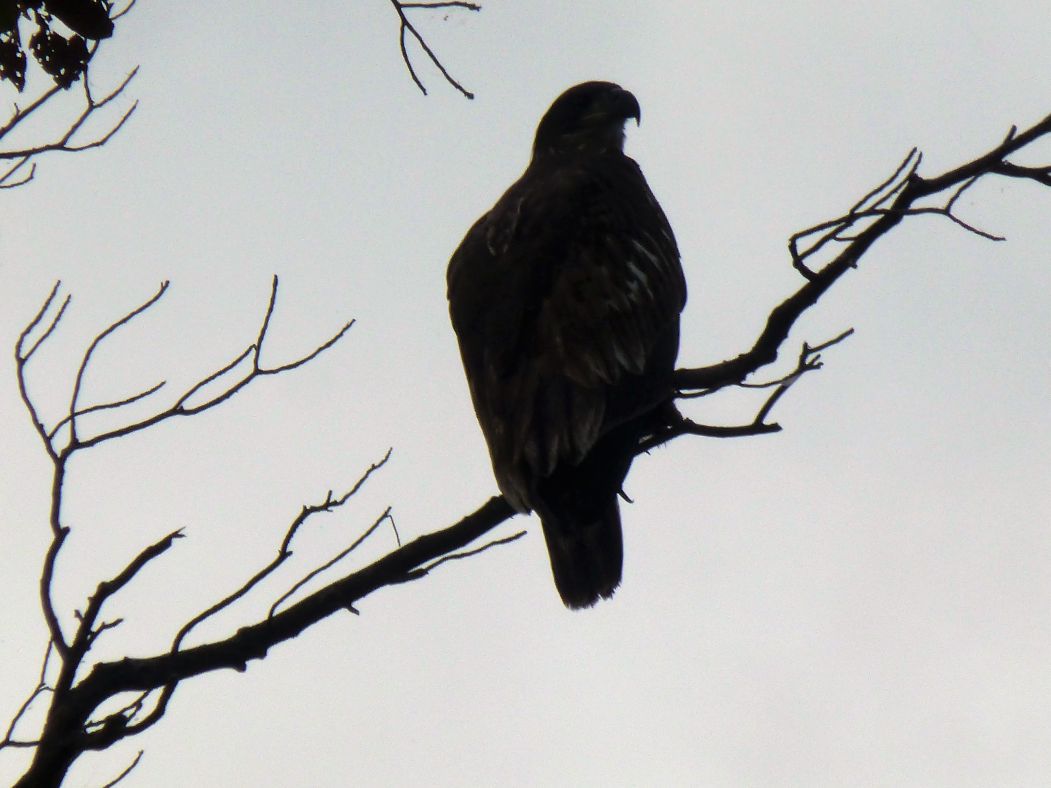 Shown is an eaglet perched in a treetop at Lake Mattoon. 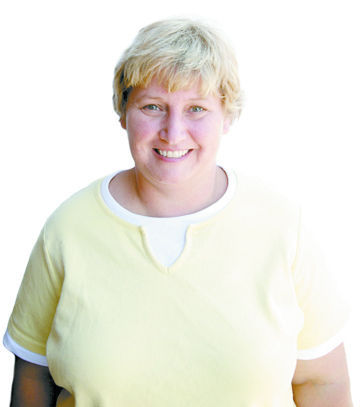 For most of us who were born and raised in Illinois, it's common knowledge that one of the most likely places to see American Bald Eagles is along the Mississippi River in the Alton, Ill., area.

Pere Marquette State Park, featuring hundreds of wintering bald eagles on its 8,000-plus acres, is one of the most popular places on the western side of the state for watching these amazing creatures.

Who knew that Lake Mattoon has this fascinating creature as well?

Monday was an especially rewarding day of work as I spent the afternoon on a pontoon boat with friends Dick and Diane Anderson, who have seen many of God's most beautiful creatures near their home on Lake Mattoon.

The Andersons chose to retire on Lake Mattoon 10 years ago and first saw the bald eagle about seven or eight years ago, Mr. Anderson said. They have also seen American White Pelicans, blue herons, and Canadian geese, as well as deer drinking from the lake along the shore.

As bird enthusiasts, they know where to routinely see bald eagles and eaglets as well as the aforementioned birds.

Mr. Anderson often gets up-close photos from his kayak. He lets the wind help him glide in closer to the subject.

The couple often take their grandchildren out on the lake, and on one occasion a bald eagle came swooping down about 10 feet above their grandson, Colton's, head. The eagle grabbed a fish out of the water and darted back to its nest high in the treetops. They could see the eagle tearing the fish into pieces for the eaglets, he said.

In April of last year they witnessed approximately 400-500 American White Pelicans on the lake. Mrs. Anderson said this is just a stopping place for them on their migratory flight. "They stop to feed and refuel," she said.

Mr. Anderson said he has seen about eight or 10 of them come in a week or two ahead of the rest of the flock. He speculates they are scouting the location to see if it's a good place to rest and regroup.

The birds stay in the shallow and grassy areas. They use their talons to push the fish to the middle of the shallow areas for the entire group to feed, said Mrs. Anderson.

Mr. Anderson recalled a time when boating and he felt the wind switch, and there were about 100 pair of the pelicans flying in a perfect 2 by 2 formation about five feet above the water.

The couple has seen a lot of blue herons and deer near their home as well.

Shown is a deer getting a drink along the shore of Lake Mattoon.

Shown is an eaglet perched in a treetop at Lake Mattoon.