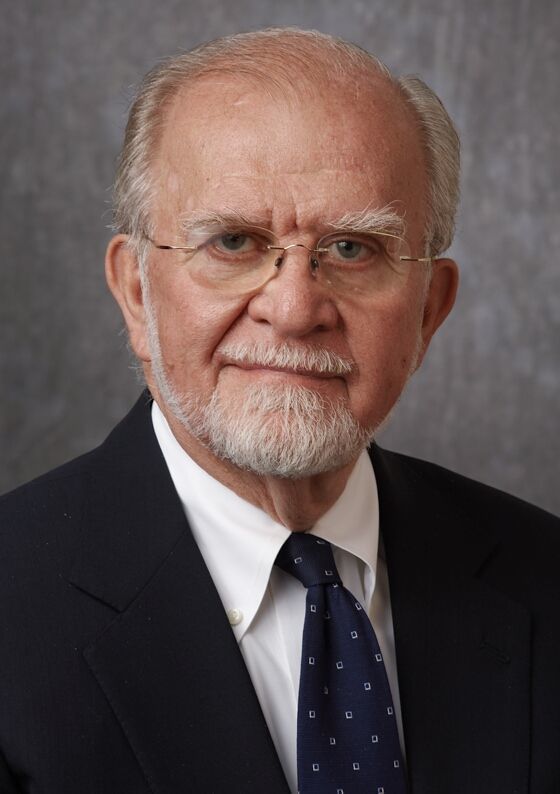 Dick, as he was known to friends and family, was born in Chicago on February 16, 1935, the third child of Mattoon residents Mary “Mollie” Lumpkin and Richard Adamson Lumpkin. He grew up in Mattoon during WWII, and often remembered his days helping other Mattoon youth collect scrap metal to assist with the war effort.

Like his father before him, he graduated from Phillips Academy in Andover, Mass., (1953) and Yale University (1957). After serving as a second Lieutenant in the U.S. Army and working for a year for Illinois Bell near Chicago, he completed his education with an MBA degree from Harvard University, awarded in 1963.

Later that year, he returned to Mattoon to begin his long career at CCI, then Illinois Consolidated Telephone Company (ICTC), a company originally founded by his Great Grandfather Dr. Iverson A. Lumpkin in 1894. Dick was named president of ICTC in 1977 and then, 90 years after the company’s founding, he became president of the newly formed holding company, Consolidated Communications Inc., in 1984.

In the years that followed, he would preside over a remarkable expansion of CCI into new lines of business, including: directory publishing, long distance and operator services, as well as the construction of a formidable fiber network connecting Indianapolis to St. Louis. Rising competitive pressures led Dick and the family to sell the company to McLeodUSA in 1997. But when McLeodUSA later went bankrupt, Dick rallied a group of investors to buy back the historic CCI business in 2002, in part to ensure that jobs in Coles County and elsewhere would not be lost. Today, Consolidated Communications Holdings, Inc. is a leading broadband and business communications provider with operations in 23 states. It employs 3,600 people.

From his earliest days with the company, Dick recognized an opportunity to change the culture from the traditional top-down management style of his father’s generation to a much more inclusive and open management style. He instituted regular meetings for managers (there had been none before he arrived), and pushed year after year toward a model of shared decision making. The more employees were free to take the initiative, offer ideas, and take direct responsibility for performance, he believed, the more the company and its customers stood to gain.

Dick was truly in awe of the CCI family and loved nothing more than to brag about their skills, generosity and commitment, not just to the company, but to the communities in which they lived. When employees came to him with the idea for the Special Olympics Family Festival in the early 1980s, as a way for CCI to give back to the community, Dick knew it was the beginning of something big. In the 35 years since the festival’s founding in 1984, Dick never missed one. Today it is the largest festival of its kind in the United States, drawing some 700 Special Olympic Athletes and 1,200 volunteers each year.

Dick was always committed to giving back to the community he felt had given him and his family so much. Under his leadership, The Lumpkin Family Foundation, formed by his grandmother Besse A. Lumpkin in 1953, has grown into a major regional philanthropic enterprise.

One of Dick’s proudest accomplishments was his role in helping to found Sarah Bush Lincoln Health Center. Beginning in the 1960s, the medical communities in Mattoon and Charleston began to recognize a pressing need for updated medical facilities. In 1969, Dick joined the Charleston-Mattoon Area Medical Planning Council, the board that would oversee the development, design and construction of Sarah Bush Lincoln Hospital. As a tribute to his many years of leadership within the Health System, Dick received the Soaring Eagle Award from the Sarah Bush Lincoln Health Foundation in 1992.

Dick was also a passionate supporter of the Lumpkin School of Business at Eastern Illinois University (EIU) and its mission of educating the business leaders of tomorrow in East Central Illinois. In recognition for his lifetime commitment to East Central Illinois and many contributions to EIU, an Honorary Doctorate in Public Service was conferred by the University.

Dick served on numerous business and civic boards over the course of his 56-year career, including First Mid-Illinois Bancshares, Inc., Agracel, Inc., Ameren Corp., The Illinois Business Roundtable, the College of Commerce at the University of Illinois, the Illinois State Chamber of Commerce, National Telecommunications Network, Rehabilitation Institute of Chicago, and Teldata Corp. He served as board Chairman of Illuminet Holdings, Inc. and Sarah Bush Lincoln Health Center, as President of the Illinois Telecommunications Association, and President & Treasurer of the USTelecom Association, where he received the Distinguished Service Award. He served on the Yale University Council Committee on Information Technology and as trustee of Millikin University and Concord Academy.

After the death of his beloved wife of 36 years, Gail Gawthrop Lumpkin, Dick relocated to Carmel Valley, Calif., where he married Virginia Hawes in 2007. Dick continued to serve on the CCI board, attending his last board meeting shortly before his death, but he also enjoyed launching a new business in Carmel Valley, the Cima Collina Winery and Tasting Room. During the final years of his life, he was something of a fixture at his tasting room, regaling visitors from around the world with his many stories. But he was never happier than when some of those visitors hailed from Mattoon, Ill., the one place nearest to his heart.

Richard was a loyal friend, a loving parent and a generous person with a passion for life. He will be dearly missed.

There will be a memorial service and celebration of life for the man who touched so many people on Saturday, May 11 from 2-4 p.m with a program at 2:30 p.m. at Lake Land College in Mattoon, Ill. Arrangements will be handled by Mitchell-Jerdan Funeral Home.

Memorials in lieu of flowers are suggested to Sarah Bush Lincoln Foundation where a fund has been set up to assist with medical services for those who are unable to pay.