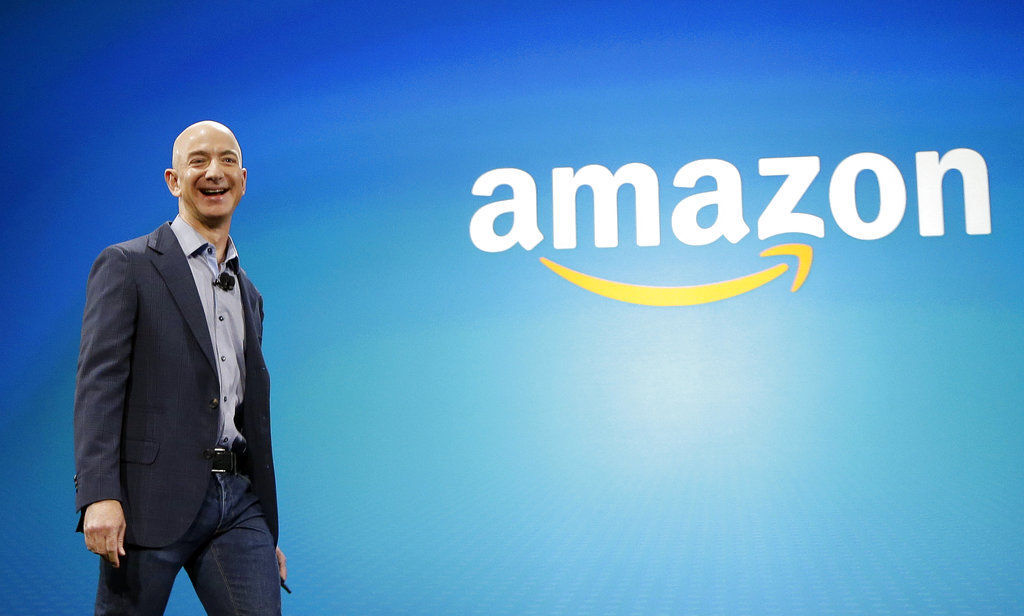 In this June 16, 2014, file photo, Amazon CEO Jeff Bezos walks onstage for the launch of the new Amazon Fire Phone, in Seattle. On Tuesday, Sept. 4, 2018, Amazon became the second publicly traded company to be worth $1 trillion, hot on the heels of Apple. The company's blowout success made its founder and CEO, Bezos, No. 1 on Forbes' billionaires list this year. (AP Photo/Ted S. Warren, File) 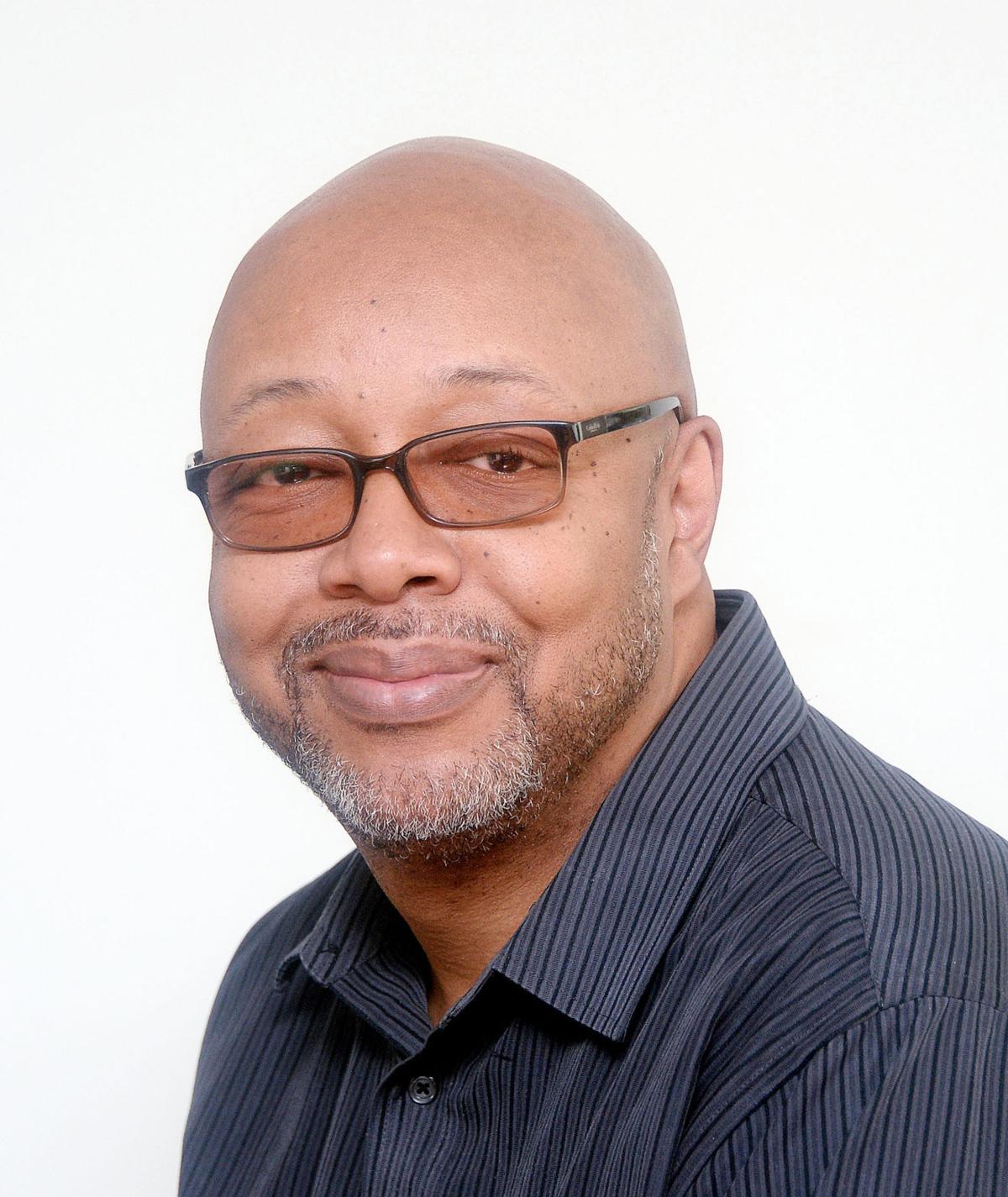 A few words about the makers and the takers.

That, as you may recall, was the formulation once favored by Fox “News” and other organs of the political right to describe the dynamic between those at the top of the economic pyramid and those at the bottom. The poor — characterized as scavenging animals by more than one conservative — were said to contribute nothing to our society, while mooching off their financial betters.

But it is worth re-examining the whole “makers and takers” paradigm in light of last week’s jarring report from ProPublica, the nonprofit online newsroom. It was based on a trove of IRS information provided by an anonymous source, and it laid out in granular detail the strategies used by the wealthiest people in America to get away with paying little or nothing in taxes.

Take, for instance, Jeff Bezos, Amazon founder and world’s richest man with a net worth estimated by Forbes at $192 billion. We are told that he paid nothing in taxes in 2007 and 2011 and a relative pittance in other years.

Not to pick on Bezos. Elon Musk, Michael Bloomberg, Warren Buffett and other ginormously rich people all reportedly employ the same strategy to avoid taxes. Which is to say, they pay themselves minimal salaries — as little as a dollar a year in some cases — and keep their wealth in the form of stocks, bonds and other financial instruments, which the IRS does not consider income and taxes at a much lower rate.

For comparison, ProPublica says the median American tax rate in recent years is 14 percent. But it calculates Bezos’ “true” tax rate between 2014 and 2018 — i.e., factoring the growth of his assets in with his reported income — at under 1 percent. It says that when people like him need actual cash, they simply borrow against their massive assets. Interest on such loans runs in the single digits, and the proceeds are not considered income and therefore are not taxable.

All of this is perfectly legal, by the way. Also, perfectly infuriating.

But I also believe something is wrong when CEO pay rose by about 1,000 percent between 1978 and 2018, while worker pay edged up just 12 percent.

Something is wrong when working full time doesn’t put a roof over your head or food on your table.

Something is wrong when an Amazon driver complains of 14-hour shifts and peeing in bottles to make his delivery quotas.

Something is wrong when employees at Tyson and other meat packers report wearing diapers to work because conveyor belts are relentless and bathroom breaks denied.

I also believe that paying taxes is a patriotic duty. Onerous? You bet. But patriotic, just the same. It’s how we fund our governments, local and national, and the services they provide: everything from road maintenance, fire and police to military defense, food safety and environmental cleanup. We all benefit from those services, whether ginormously wealthy, pitiably poor or somewhere in between. Any tax code that allows the rich to freeload on that which is paid for by the rest of us is morally bankrupt and in need of overhaul.

Moreover, it gives the lie to the right wing’s lavish contempt for the poor. In the wake of ProPublica’s report, maybe we should reconsider who the “makers” really are.

And who is taking what from whom.

Leonard Pitts Jr. is a columnist for the Miami Herald. Email  lpitts@miamiherald.com.

Grappling with a persistent pandemic would be hard enough in a society made up of citizens who are willing to cooperate in service of the common good.

In American politics, long periods of political order and stability are regularly followed by shorter bursts of significant political change.

Irvin may not make it through the primary, but if he does win, he has a shot at giving Pritzker a run for his money. And so he will likely be vetted much more closely.

Biden seems to have had this idea of becoming the greatest president in history by sticking years’ worth of Democratic ambitions in the most expensive bill Congress has ever dreamed of.

Richard Kyte: Tolerance of profanity is a cultural failing

Commentary: We should not be complacent about the way the words we use shape our perception of the world around us.

Commentary: The Supreme Court’s vaccine mandate ruling is the start of something far worse

The Supreme Court’s recent decision to block the Biden administration’s vaccination-or-test requirement for large private businesses will threaten the safety of hundreds of thousands of workers. But the damage it could do goes well beyond the pandemic.

Malcolm Russell-Einhorn: The myths of the past no longer represent our world view

We live in an age of discord and distrust, much of it fueled by the splintering of our media landscape and the sheer volume of circulating information — and misinformation. But there is also a deeper fracturing of what we used to think of as national historical truths.

A better approach might be a retail industry campaign that outlines the environmental and financial costs associated with product returns.

(The Conversation is an independent and nonprofit source of news, analysis and commentary from academic experts.)

In this June 16, 2014, file photo, Amazon CEO Jeff Bezos walks onstage for the launch of the new Amazon Fire Phone, in Seattle. On Tuesday, Sept. 4, 2018, Amazon became the second publicly traded company to be worth $1 trillion, hot on the heels of Apple. The company's blowout success made its founder and CEO, Bezos, No. 1 on Forbes' billionaires list this year. (AP Photo/Ted S. Warren, File)