December 3 is celebrated in the Land of Lincoln every year as Illinois Statehood Day. It commemorates President James Monroe’s signing the Congressional Resolution in 1818 making Illinois the nation’s 21st state.

Formerly part of the Northwest Territory, Illinois became its own federal territory in 1809. President James Madison appointed John Boyle of Kentucky as its first territorial governor and then a month later fellow Kentucky resident Ninian Edwards. (Boyle never came to Illinois but collected his salary for the position for 21 days before resigning.)

Another Kentuckian, Nathaniel Pope, a cousin of Edwards, was appointed by the president as the first territorial secretary and led the infant government until the chief magistrate arrived.

During the territorial period, Gov. Edwards had printing work done in Kentucky by Matthew Duncan, the older brother of future Illinois governor Joseph Duncan. Duncan moved to Kaskaskia, the seat of government, in the spring of 1814 and established The Illinois Herald, the first and only newspaper in the territory. In 1816, Daniel Pope Cook, nephew of Nathaniel Pope and future son-in-law of Ninian Edwards, moved to Illinois, bought the newspaper and changed its name to The Western Intelligencer. Beginning in November 1817 Cook used the paper to push for statehood stating that it was “the first wish of the people” of the Illinois Territory.

The Territorial Assembly took up this issue and on December 10, 1817, approved a statehood memorial and sent it to Washington, D.C.

Nathaniel Pope, now Illinois’ non-voting delegate to Congress, presented the statehood memorial to the House on January 16, 1818. Over the next four months he shepherded the proposal through the House and Senate getting changes to the bill which provided for special educational funding and moved the proposed northern boundary from the southern extreme of Lake Michigan at 41° 44' to 42° 30' North latitude, thus adding the port of Chicago, lead mines of Galena and thousands of square miles to the future state.

(Various historians stated this added either 41 or 51 miles to the proposed state boundary. In 1994, in the first issue of Illinois History Teacher, Michael D. Sublett and Frederick H. Walk clarified that 60 miles were added north from the boundary prescribed in the Northwest Ordinance of 1787.)

On April 18, 1818, President James Monroe signed "An act to enable the people of the Illinois territory to form a constitution and state government, and for the admission of such state into the Union, on an equal footing with the original states…."

Illinois now had to convince Congress that it had a population of at least 40,000 people, create a state constitution which met the “no slavery” requirement of the Northwest Ordinance, and elect state officials. During this period, Daniel Pope Cook continued to promote statehood in articles in the now-named Illinois Intelligencer. Compliance with the Congressional dictates was accomplished by the fall of 1818 and the evidence provided to the federal government which took up the matter in November. With few negative votes the House and Senate approved the statehood resolution within three weeks and sent it to the president for his signature.

News that “Illinois has been declared to be one of the United States of America and has been admitted into the Union on an equal footing with the original States in all respects whatever” reached Kaskaskia by December 22, 1818 and immediately newly elected state Governor Shadrach Bond called for the Illinois General Assembly to meet in session on the third Monday in January 1819.

News of Illinois’ admission into the Union was published in the “Eastern” papers six days after President Monroe signed the statehood resolution.

Illinois entered the Union with the fewest inhabitants (possibly 40,258) of any of the 50 states. Because of the pro-statehood editorial efforts of Daniel Pope Cook in Illinois and the political skills in Washington, D.C. of Nathaniel Pope in moving the proposed state’s northern boundary, there exists today the Huskies of Northern Illinois University and not Southeast Wisconsin State University.

Mark W. Sorensen is a past president of the Illinois State Historical Society and a Prairie State citizen for 75 of its 203-year existence.

Dick Cain talks about this time as owner of Tom's Grill in Decatur. 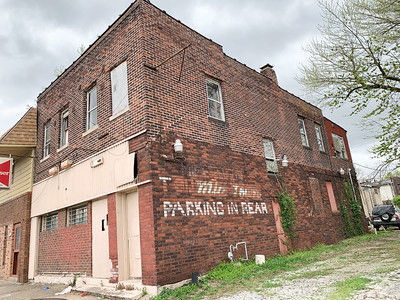 A contemporary Underground Railroad of sorts, many “Green Book” sites are often unassuming private homes or buildings that catered to Black travelers. Many have already been lost to demolition or redevelopment, and any number of structures could suffer the same fate without owners even knowing of their historic significance. The group is working with Route History to document the history of “Green Book” sites along Illinois’ historic Route 66, but seeks a larger-scale documentation and preservation effort. 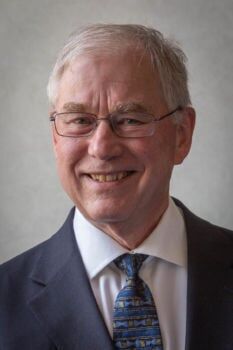