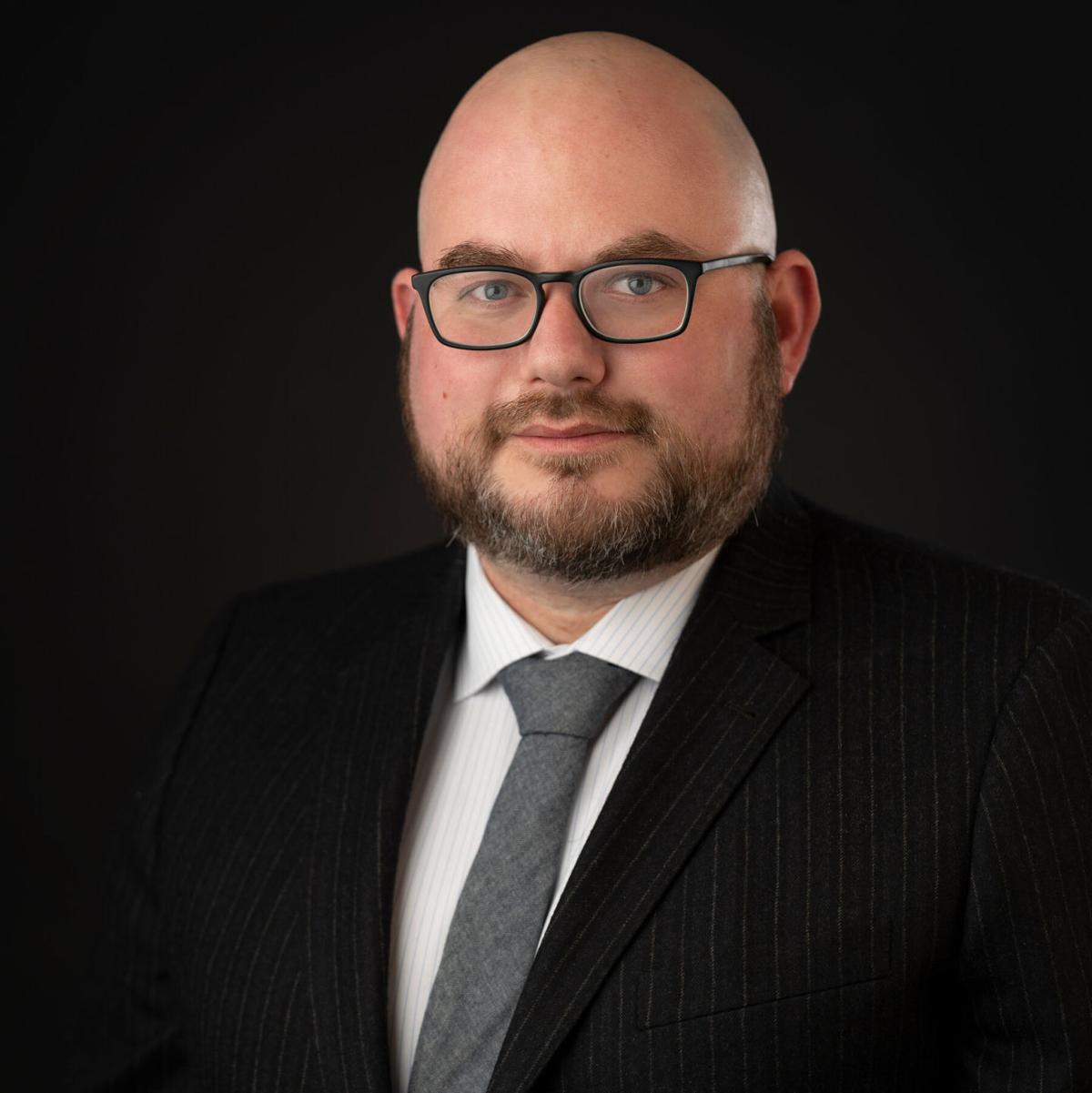 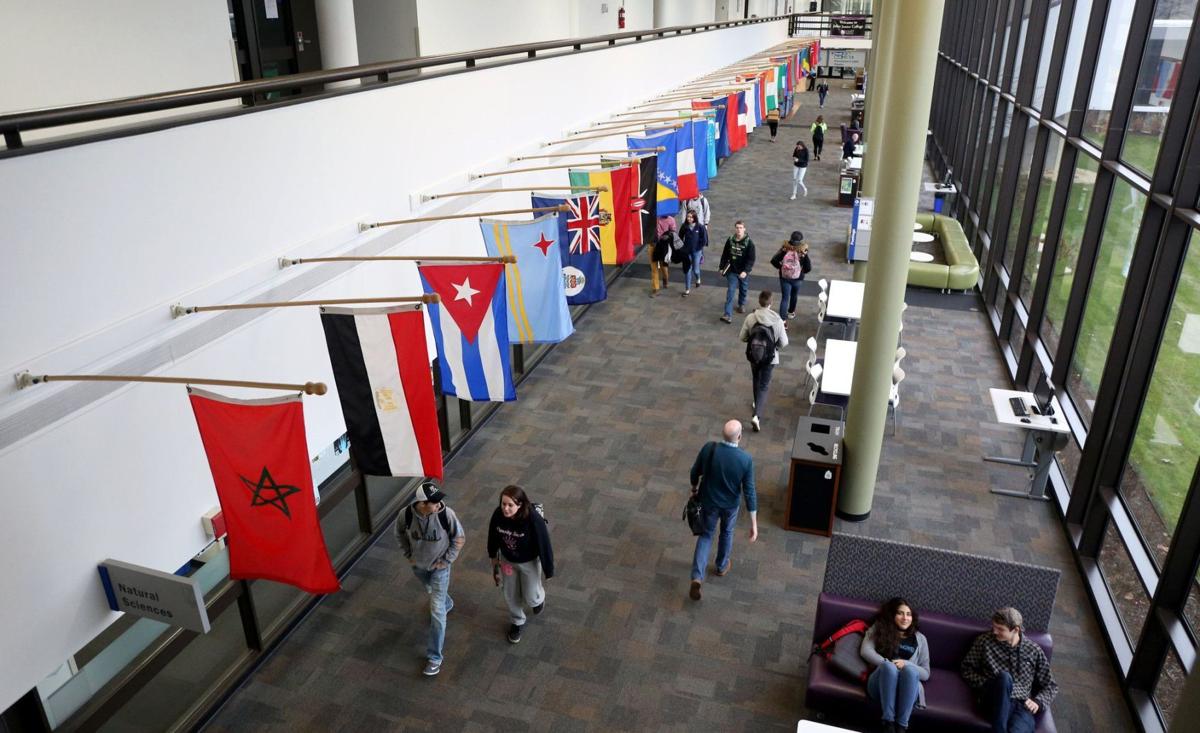 Students and staff at the Joliet Junior College campus in Joliet in 2016. Spring enrollment is down 14% this year, according to Robert Morris, dean of enrollment management.

The University of Austin, a new academic institution created by a group of donors and intellectuals unhappy about the increasingly left-wing tilt of Anglophone academia, was unveiled last week. Many faculty at existing universities, including several who are not especially left-wing, were unimpressed.

This is hardly surprising, and not just for political reasons. Incumbents do not generally welcome new entrants to a market. And the core challenge facing U.S. colleges and universities is economic: An increasingly robust labor market is now competing with them for a dwindling number of young people.

College enrollment fell 3.2% this year after a 3.4% decline last year. Some of that is about the pandemic, with some potential students turned off by the risks of university life and others unwilling to abide by the health regulations that many schools are imposing on their students. But enrollment has been falling, albeit more gradually, since as far back as 2012.

To a large extent this is a straightforward consequence of the American demographic pyramid. There are more people between the ages of 25 and 29 than there are between the ages of 20 and 24. The 15-19 cohort is smaller still, as is the 10-14 cohort, the 5-9 cohort, and so on. So any turnaround in America’s supply of college-aged people is a couple of decades in the future, and even that seems unlikely, since the U.S. fertility rate has been falling rapidly in recent years.

In other words: Colleges are running out of customers. So they are in for a difficult future even without new politically motivated competition.

The real whammy for higher education, however, is a greatly improved labor market for workers with minimal experience. As much of the U.S. economy is roiled by inflationary pressures and labor shortages, with many older workers opting to retire rather than roll the dice with COVID-19, the employment-to-population ratio for teenagers has risen to a level not seen since 2006. Soaring wages in the food-service sector will continue to tempt young people to choose earning money over accumulating debt.

And in a very large share of cases, this will be the right choice. The evidence that a college degree is worth the time and expense is very strong. At the same time, about 40% of the people who start studying for a bachelor’s degree fail to graduate within six years. Some of those students finish their degrees eventually. But many end up saddled with debt from incomplete coursework, having achieved very little to improve their job prospects.

Under the circumstances, there’s little tension between a belief in both the enduring value of higher education and the notion that lower enrollment rates will be beneficial. The marginal student has very low odds of graduating, and the marginal educational institution is just not doing a very good job of serving its clients.

In many ways this asymmetry is the fundamental driver of the problem with U.S. higher education: Students only benefit if they graduate, whereas schools benefit so long as they keep collecting tuition.

Most people, unfortunately, believe they can defy the odds and graduate. And the schools themselves have strong incentives to encourage that belief. In 2015, the administration of Barack Obama tried to address this problem by adding a gainful employment rule to the federal student loan program.

The basic idea was simple: Schools with too many students who didn’t end up earning a high enough income to repay their debts would be cut off from federally subsidized loans.

Obama, bowing to the political power of the higher education lobby, limited the rule to for-profit schools. They were the worst actors in percentage terms, but nonprofit and public institutions are by no means immune to these issues. Under Donald Trump’s administration, the federal government cited this bias as a reason to repeal the rule altogether.

The combination of demographic pressure and a strong labor market, however, may deliver what neither disruptive innovation nor top-down regulation could. Today’s employers are increasingly dropping college degree requirements as they search for affordable labor.

For the first decade of this century, college administrators could count on plenty of customers regardless of the quality of the product. Those days are gone — and the country will be better off for it.

As a result in a significant drop in enrollment in the program, Eureka College is ending its major and minor in theater arts & drama.

Students and staff at the Joliet Junior College campus in Joliet in 2016. Spring enrollment is down 14% this year, according to Robert Morris, dean of enrollment management.