CHARLESTON — The rim shrank for the Eastern Illinois men's basketball team against Morehead State on Thursday at Lantz Arena as the Panthers lost 87-61.

EIU senior Mack Smith entered the game with an NCAA Division I record of 91 consecutive games with a 3-pointer made but he couldn't connect against the Eagles. Smith was 0-for-10 and finished the game with one point from a free throw.

"The record was a lot of fun while it lasted and it lasted a long time. I'm not sure how you respond when you have 91 in a row and then it doesn't go your way. It is probably hard to take but I think he will be fine," EIU head coach Jay Spoonhour said. "It is an unbelievable accomplishment and it was great while he was doing it. Now he gets to enjoy it for a while."

EIU last lead was 7-5 in the first half and faced an 18-point disadvantage, 41-23 at intermission.

The Panthers shot 9-for-29 (31%) in the first half and were led by Sammy Friday IV's eight points. Panthers leading scorer Josiah Wallace (17.5 points per game) did not play Thursday.

The Eagles' Johni Broome scored 14 points in the first half on 7-for-8 shooting and grabbed six rebounds. He finished with a game-high 20 points.

Midway through the second half, Morehead State's Jaylen Sebree grabbed a lose ball, took it the length of the court and slammed it home to put the Eagles up 62-40. EIU couldn't bring the lead under double digits the rest of the way.

"Marvin has been playing really well and especially without Josiah in the lineup, Marvin gets it in his hands a lot," Spoonhour said. "He did fine tonight and we are going to need him to play really well on Saturday."

"(Eastern Kentucky) throws a lot of guys at you and their game is really fast. You have to manage the ball and not let the game get too crazy," Spoonhour said.

Snow to pile up in Northeast as winter storm barrels through

Snow to pile up in Northeast as winter storm barrels through

Tough defense and some hot 3-point shooting by the Eastern Illinois women's basketball team helped the Panthers build a comfortable lead and they cruised to a 65-50 win on Thursday at Lantz Arena.

The Ohio Valley Conference announced Tuesday's contest between Eastern Illinois and SIUE scheduled for the First Community Arena in Edwardsville was postponed due to OVC COVID-19 protocols.

Former Eastern Illinois quarterback Tony Romo became the first Panthers player to be selected for the College Football Hall of Fame Monday when the 2021 class was announced by the National Football Foundation (NFF) & College Hall of Fame during “SportsCenter” on ESPN.

The Eastern Illinois men's basketball team and Southern Illinois University Edwardsville will try for the third time to play a game this season.

Eastern Illinois will wrap up its five-game homestand on Saturday, hosting Eastern Kentucky at Lantz Arena.

Michael Moreno hit a 3-pointer for Eastern Kentucky with 2.3 seconds remaining in regulation to force overtime on Saturday afternoon at Lantz Arena.

As a junior, Wahl leads the team in points and rebounds per game. She typically draws the toughest defensive assignments against the Ohio Valley Conference’s best players, and she is fine with that.

Following a challenging one-win first season for Eastern Illinois head coach Adam Cushing, he is ready for his second go-round more than a calendar year after the first season ended. 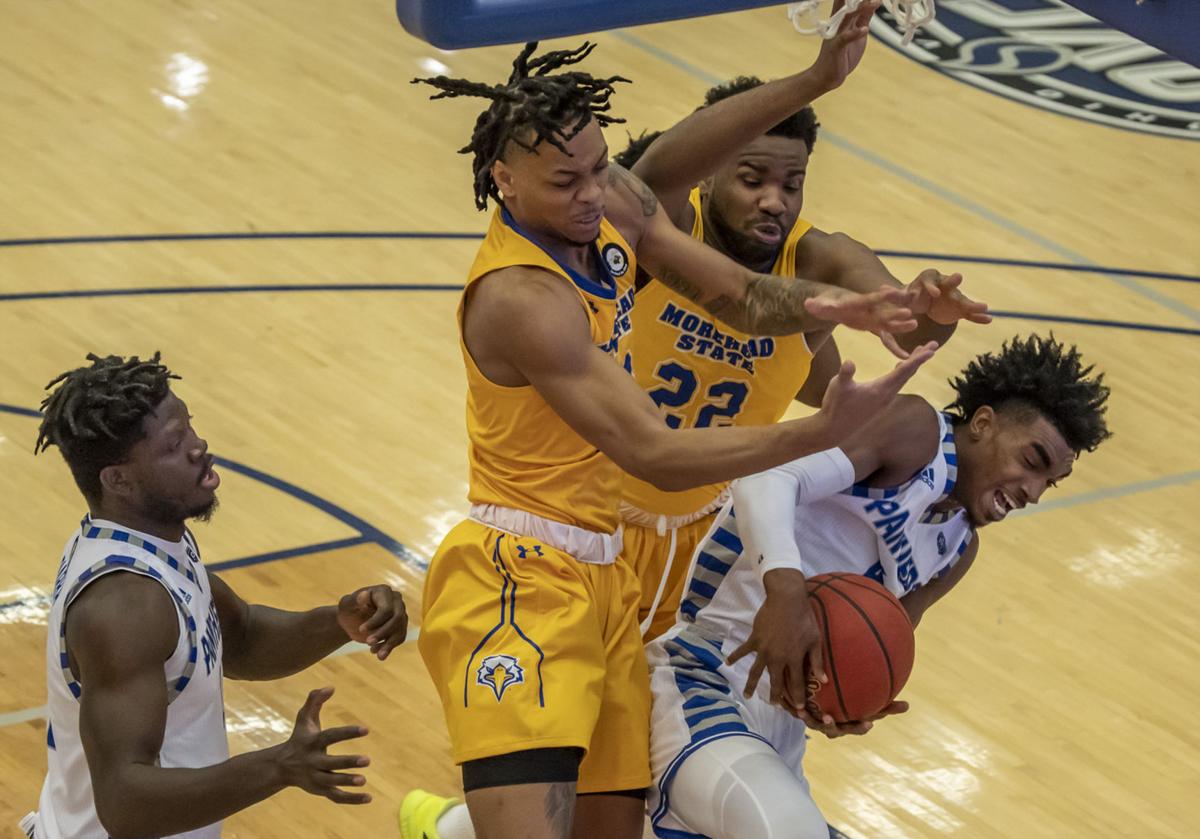 Eastern Illinois guard Marvin Johnson grabs a rebound against Morehead State in the first half on Thursday at Lantz Arena. More photos at www.herald-review.com 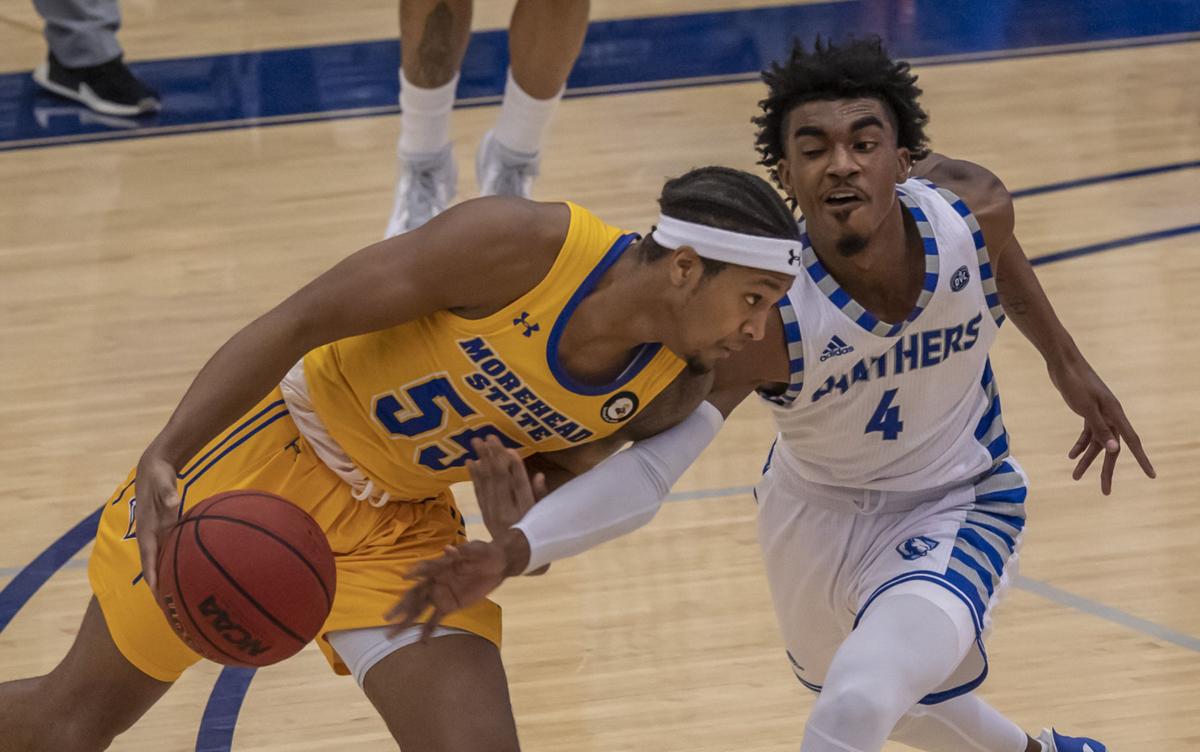 Eastern Illinois guard Marvin Johnson (4) gets a steal from Morehead State guard Ta'lon Cooper (55) in the first half on Thursday at Lantz Arena. More photos at www.herald-review.com