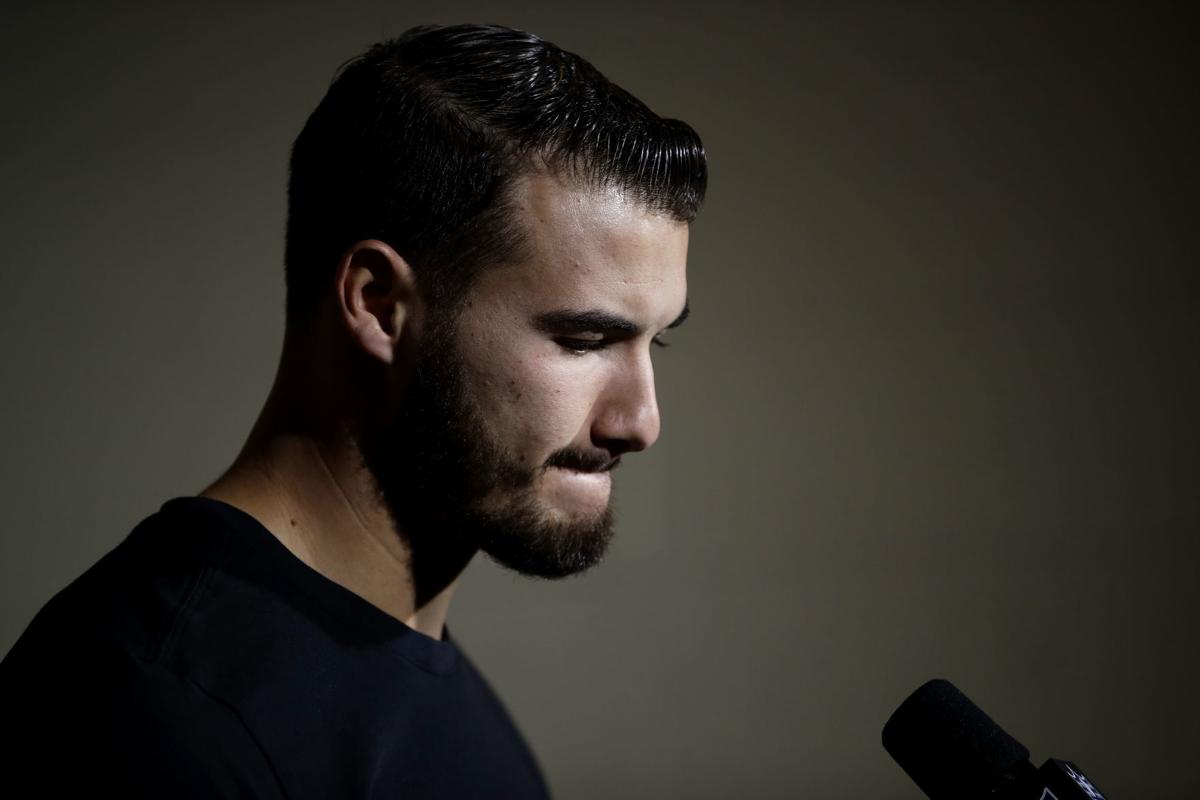 Bears quarterback Mitch Trubisky keeps his jaw clenched in frustration as he speaks during a news conference following a 22-14 loss to the Eagles on Sunday in Philadelphia. 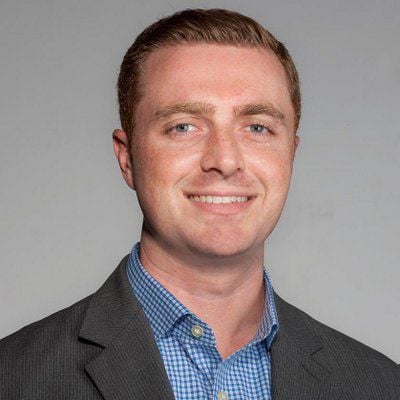 Bears quarterback Mitch Trubisky keeps his jaw clenched in frustration as he speaks during a news conference following a 22-14 loss to the Eagles on Sunday in Philadelphia.

PHILADELPHIA — It has become a weekly ritual, a professional obligation Mitch Trubisky continues to handle with grace amid deepening frustration. The Bears quarterback trudges to the lectern in defeat and earnestly answers questions about the latest wave of offensive futility and a season spiraling further downward.

Sunday's session after the Bears' 22-14 loss to the Eagles was standard, save for a few details. He wore a black T-shirt with a white Nike swoosh on the chest instead of his usual dapper suit. And for all seven and a half minutes that he fielded questions, his jaw remained clenched.

After Trubisky had finished and followed his teammates to the bus, it was clear that ineptitude has bred anger among them. This time, the Bears have pissed off themselves.

The Bears finally know how their fans feel. At the halfway point, the season is in ruins, reduced to rubble by their blundering offense.

It's not that the Bears (3-5) lost to the Eagles. They were five-point road underdogs in the rematch against last year's playoff nemesis. The outcome was no surprise.

But there's despair in the gory play-to-play details on offense. In their feeble state, the only game they're fit to win is limbo. They just keep going lower every week.

"It's heartbreaking and crushing to this locker room," wideout Taylor Gabriel said.

Sunday's first half was a new level of bad. Call it unwatchable. That the scoreboard read "Eagles 12, Bears 0" was a virtual love note to Chicago considering how lopsided the play was. It wasn't just Trubisky, either. It was all of them.

The first-half totals were gross.

Total yards: Eagles 202, Bears 9. Nine! It was the Bears' lowest first-half yardage total in 40 years, according to the Elias Sports Bureau.

First downs were 14-2. The Eagles led time of possession by 10½ minutes.

Negative plays on first down killed the Bears, per Nagy and Trubisky. Not that the play on other downs was much better, but first down undermined anything the Bears hoped to accomplish.

On seven first-and-10 snaps in the first half, the Bears moved backward 9 yards. That breaks down to 6 positive yards on five plays and two penalties totaling 15 yards.

"When you hurt yourself and you don't create positive plays, you put yourself in a tough position," Trubisky said. "Good defenses are going to tee off with the rush, challenge you with man coverage, which they did. And we just didn't make enough plays."

The inclusive list of culprits amounted to an indictment of the Bears' entire operation. Faulty run blocks by offensive linemen and tight ends. Misfires or misreads by Trubisky. Drops by running backs and receivers.

In other words, more than a midseason or midgame quarterback switch could fix.

The Bears needed 17 plays to record their first first down. It came on a Trubisky scramble with 48 seconds left in the first half. Of course, they punted four plays later.

"We just couldn't get it going, and it snowballed," Nagy said. "It was one thing after the next ... and it can't happen."

It keeps happening, though, and it's just ghastly. It wasn't supposed to be like this. Not with Nagy bringing the Chiefs' proven scheme to the Bears. Not with continuity at 10 of 11 offensive positions entering the season. Not with Trubisky supposedly understanding the system at a higher level.

The Bears did show a pulse in the second half. Trubisky's 53-yard completion to Gabriel was a relative bright spot, the best part of a dismal stat line that read 10 of 21 for 125 yards and three sacks.

Off of play-action, Trubisky rolled out while Gabriel ran a corner-post behind safety Malcolm Jenkins. It was the majestic deep-ball completion this offense has lacked all season.

That sparked two touchdowns in a span of three possessions which, while the defense stiffened, pulled the Bears to within 19-14 in the fourth quarter.

With 9 minutes remaining, the Bears had the ball at their 48-yard line with momentum toward a go-ahead score. But rookie running back David Montgomery dropped a screen pass on second-and-9. It was blocked well, too, with center James Daniels and receiver Allen Robinson on their assignments.

Montgomery, who already had two 1-yard touchdowns, had acres of space down the Bears sideline. How far would he have run?

No wonder everyone is angry. Self-inflicted problems will do that to a prideful group.

What they do with that emotion, though, is up to them. There are eight more games to go, and they can always botch the next first-and-10.

Matt Nagy is guarding against burnout and dejection as the Bears’ losing streak stretches to 4: ‘I’m all about positivity and that’s the way we attack it’

Celebrate your milestone with the JG-TC!