Edwards was announced as the team's new coach Thursday in a statement by Arcola athletic director Nick Lindsey.

"We are really excited to have Taylor back and not only is she one of our more successful people that we've had come through (Arcola) but her off the field and court success, it is something that we are so excited about," Lindsey said. "She is a great person and a great leader and I hope that she can share her passion with our girls and that's what our program needs. I'm excited to see where she can take it."

Edwards was the Herald & Review Area Girls Basketball Player of the Year in 2014 in her junior season and the multi-sport star pitched four seasons with the University of Illinois' softball team before joining the basketball team for her final season of eligibility.

Lindsey is confident the transition from player to coach will be seamless.

"If there's anyone that can do it it is (Taylor). She doesn't fail and she has succeeded in everything she's done and that's exciting. I know she will do well and the girls will love having her," he said.

Edwards helped softball to three NCAA Regional appearances in her four seasons, including a regional final appearance as a sophomore in 2017, and closed her softball career among the Illini all-time leaders in earned run average (3.41, ranking seventh), victories (37, seventh), pitching starts (61, seventh) and most appearances (101, sixth).

In addition to her athletic and academic accomplishments, Edwards logged hundreds of hours of community service and campus leadership involvement throughout her Illini career and was Big Ten Medal of Honor winner and was a nominee for the NCAA Woman of the Year Award.

Edwards' accomplishments off the court were also important for Lindsey.

"The moment you start a conversation with Taylor, you can see how great of a leader she is. The opportunities that she's had playing at the University of Illinois are just outstanding and being nominated for NCAA Woman of the Year. She is someone that I know we can trust to instill that into our girls," he said.

Watch now: Packers add talent on both sides of the ball with deep draft class

With last week's news that the IHSA expanded the boys and girls golf playoffs to include a sectional round, the pressure is on for golfers to …

Riley McInerney practically grew up around the sport. His father John, was a former All-American cross country runner at Eastern Illinois before becoming a successful high school and college cross country coach (also at EIU).

Benson: High school football in the fall has been lost. Can we handle no hoops this winter?

Life without high school football has been difficult for coaches, players, fans and even the media. But it could be worse. Just think no winter with prep hoops.

Reinhardt: One blink and it's gone, postseason baseball in Central Illinois

The Cardinals, Cubs and White Sox all qualified for the Major League Baseball playoffs. But their stays were brief.

The Mattoon boys golf team shot a 330 to win the Paris Regional by 18 strokes over the host Tigers on Tuesday.

Taylor Edwards, a 2015 Arocla graduate, who played four years of softball and one year of basketball at Illinois will Arcola's new girls basketball coach next season. 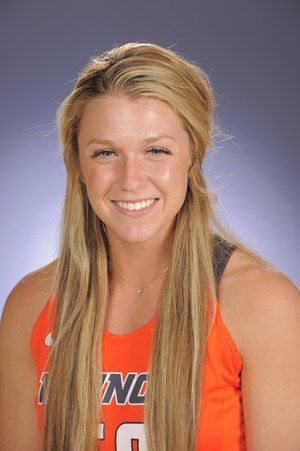