After two months of meets, it comes down to the 47th annual Illinois High School Association girls state track meet.

Fifteen girls from the JG-TC area will compete in the 11th annual of the three-class system. The 15 are on six teams and are in 14 of the 17 events to run on Thursday in the state preliminaries at O'Brien Field on the campus of Eastern Illinois. The 3,200 does not have preliminaries and runs on the day of the finals, Saturday. Only five of the 15 are making their first trip to state.

Of the 15, four are seniors. There are four juniors, six sophomores, and a freshman.

Finishing her career going state in all four years is Casey's Faith Frye, who is in the long jump, 100 and 200.

"To have an athlete make it to state is an incredible thing for a coach to experience," said Casey coach Kevin Currey. "Having an athlete make it all four years is amazing for both the athlete and the coach. Athletes like Faith are few and far between, so I just want to enjoy this week and see how she finishes her career."

"We are very excited that she is seeded first in both hurdles and tied for in high jump," said A-L-A-H coach Michaela Ponstein. "I think this will help with her confidence and showing improvement from last year."

Nettle is back for more medallions, but first she has to qualify for the finals. The junior already has six as she was third in the high jump and sixth in the 100 hurdles.

Last year she became just the third girl in the JG-TC area to medal in all four events, joining Amanda McClain who competed for Sullivan/Okaw Valley and is a 2015 Okaw Valley grad. 1993 Negoa graduate Julie Walk is the other one.

"I think Kenli's biggest improvement from last year was her willingness to run and train for a variety of events throughout the season," said Ponstein. "Running the 400 and 200-meter dashes has helped her with speed in both hurdle races. She is also a lot stronger this year, which has helped her improve in all of her events."

Nettles and Rock Island Alleman's Kiah O'Neal are tied with sectional jumps of 5-6. Nettles is third in the state overall behind two Class 2A student-athletes. Her 100 hurdle time at the sectional was .45 seconds better than Decatur St. Teresa's DaeLin Switzer, who is headed to Northern Illinois.

"Kenli handles pressure well because she has experience competing against high levels of competition," said Ponstein. "She is also able to stay focused and strives to meet her own personal goals. Her experience from competing at state the last two years has helped her to feel more relaxed and know what to expect."

"Her sectional distance was not great, but the results don't show that rain was pouring down and the wind was gusting sideways on all of her sectional jumps," said Currey. "Two weeks earlier at the Cumberland Invitational she had three scratches by less than an inch and all three were over 18-6. She has big jumps in her so we will see how this week goes."

"Experience at EIU is very important," said Currey. "Faith knows exactly what to expect in all three of her events. She has had great performances at the state meet and she also had very disappointing performances at this meet. I think this year she goes in very strong because she knows what she is capable of doing and she wants to finish this season big."

Katelyn Yaw also was in state last year in the pole vault and triple jump. She finished 25th last year going 33-3. This year she is in the triple jump again and is seeded 41st.

Elizabeth Bowyer is the lone senior out of six Lady Rams headed to state. She is on the 4x800 relay team, along with Rachel Throneburg, Ailey Mitchell and Gabrielle Spain. The four ran a 10:27.97 at the Central A&M sectional and are seeded 17th.

Spain and Carson Beyers are in the pole vault and rank 12th and 17th at 9-6 and 9-0 respectively.

Esther Miller, a senior, and sophomore Zoe Walton are making their second straight appearance, while senior Natalie Drury and sophomore Emily White are in the 4x400 relay with Miller and Walton.

"Esther's goal is to get to the podium," said Sullivan coach Kali Taylor. "We wanted to break 35 in the triple jump going into state so she could get that out of the way and just focus on moving up from there. Last year she went right from the triple jump to the 400 so hopefully, she has a little break this year. In the 400 we want to break 60 and that is probably what it is going to take to get to the finals."

"We have played around with the order a little for most of the season," Taylor said. "Our goal obviously is to move on to Saturday, but we are just taking one race at a time. We have two seniors that we want to send off on a high note so that will give them a little extra motivation knowing it is their last time in that Sullivan uniform."

Taylor said all four have worked hard this season and have persevered through some very tough weather conditions.

"I always tell them that not too many people get to end their season on the blue track at Eastern," said Taylor. "So just go out and have fun and do your best and know that you are representing your school and community in such a positive manner."

Sophomore Kaylenn Hunt is making her second straight appearance at state after placing fifth in the triple jump, going 35-11.

ASSUMPTION — Arthur-Lovington-Atwood-Hammond's Kenli Nettles qualified for state in all four her events, while Decatur St. Teresa, who is assi…

The Green Wave's powerful pitching duo carried them to a spot they all thought they could reach.

MATTOON – Mariah Ball arrived at the track one day late in the summer of 2015, an adventurous freshman with bountiful ability unsure of where … 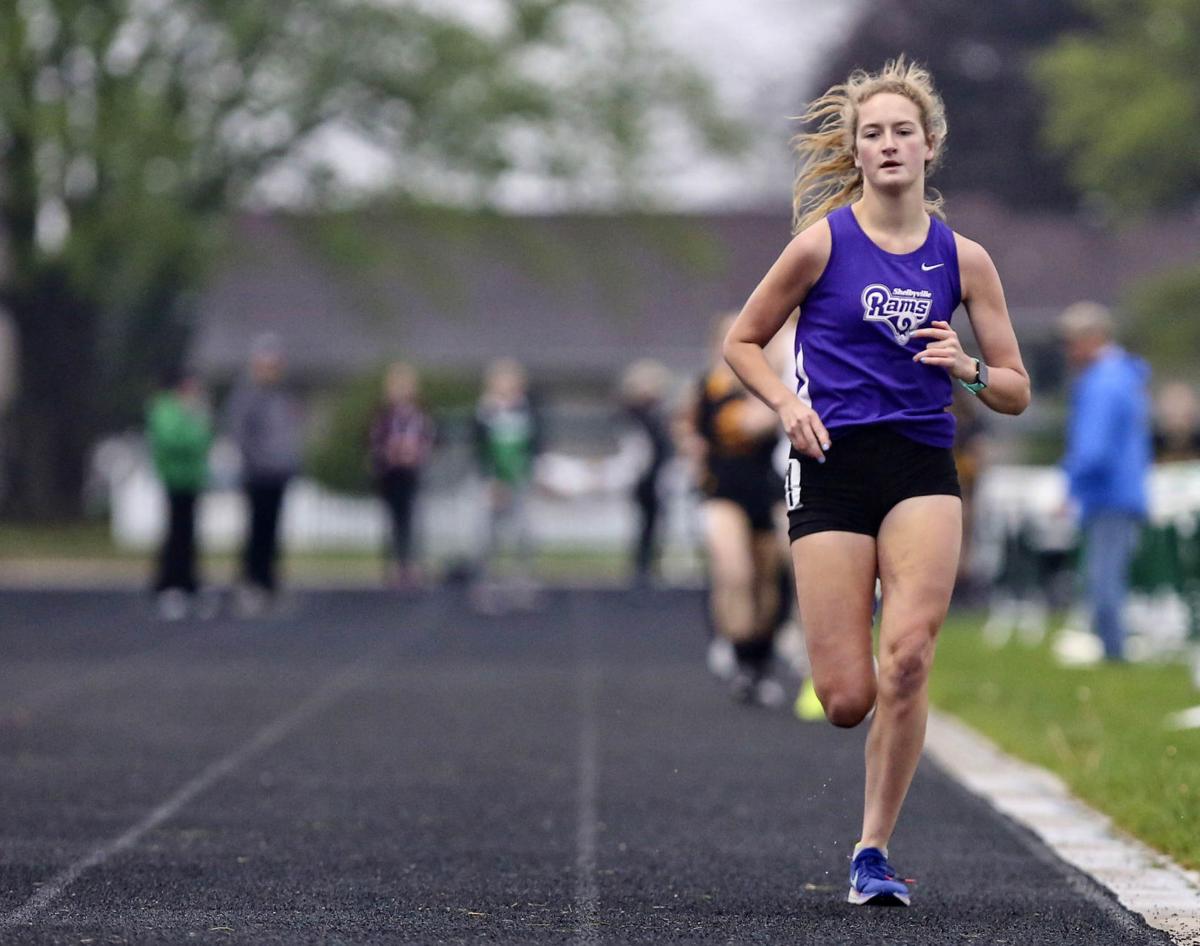 Shelbyville's Ailey Mitchell is in the 1,600 and 3,200 at the state meet. The 3,200 does not have preliminaries and is to run Saturday. Other Lady Rams competing are Gabrielle Spain, Olivia Durbin, Rachel Throneburg, Carson Beyers and Elizabeth Bowyer. 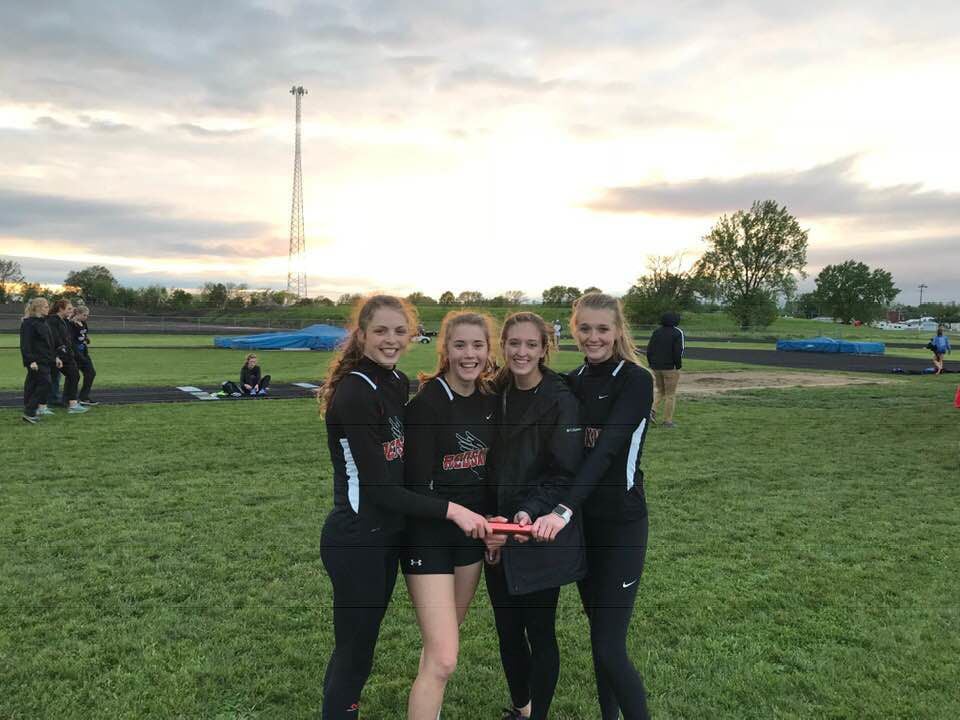 Sullivan has four set to participated in the annual Illinois High School Associated Class 1A state girls' track meet. The preliminaries are set to start at 10 a.m. Thursday at Eastern Illinois Universities O'Brien Field. Pictured are Zoe Walton, Esther Miller, Natalie Drury and Emily White. Miller is in the 400 and triple jump and all four are in the 4x400 relay. 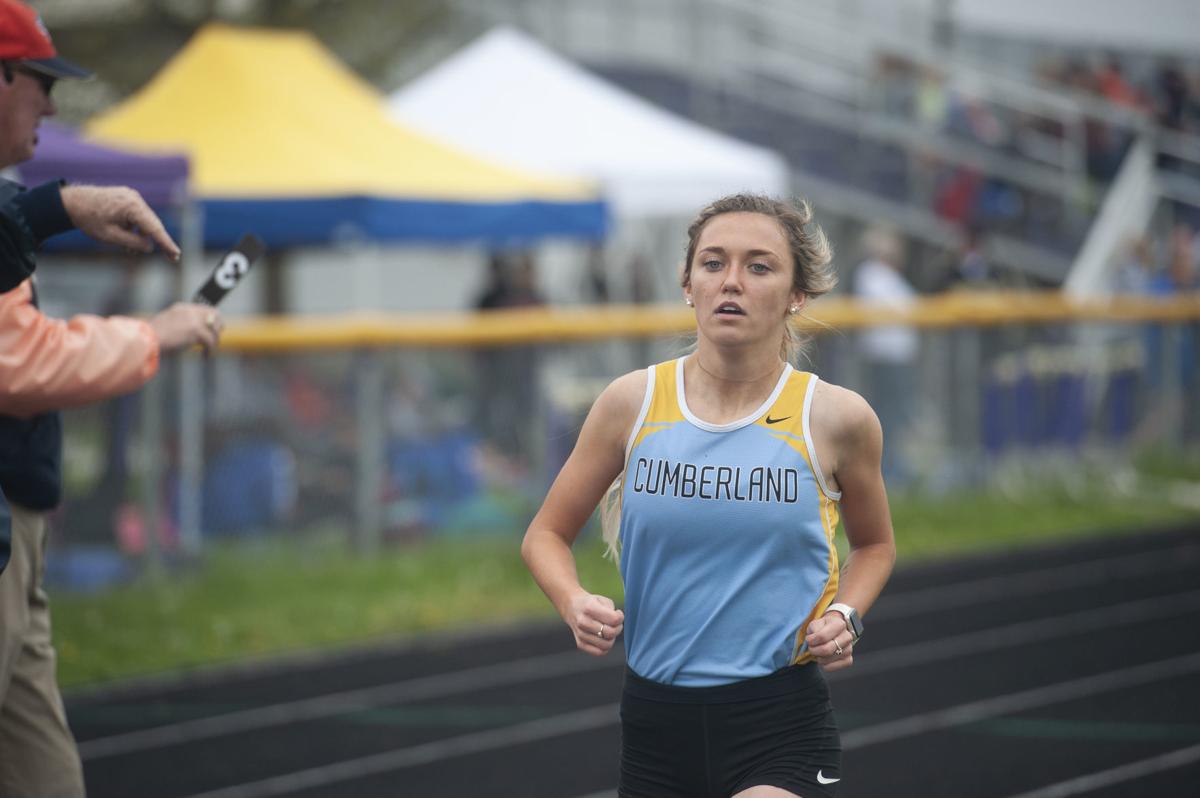 Cumberland's Jasmyn Dittamore runs in the 3200 meter run of the Little Okaw Valley Conference track meet. Dittamore is to be in the 1,600 preliminaries Thursday at the Class 1A state track meet and is in the 3,200 Saturday, an event that does not have prelims. Katelyn Yaw is also in the triple jump prelms Thursday. Both are sophomores. 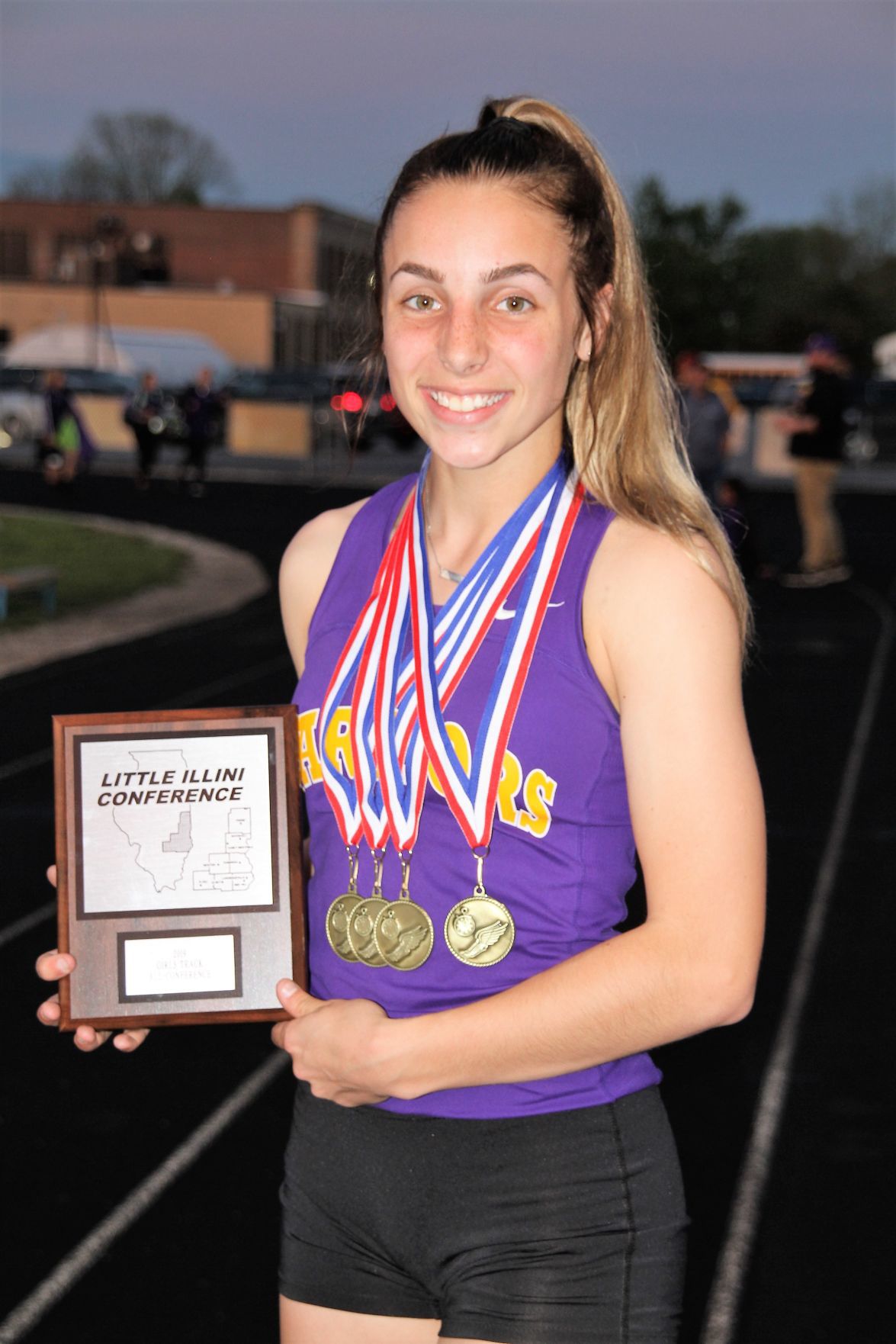 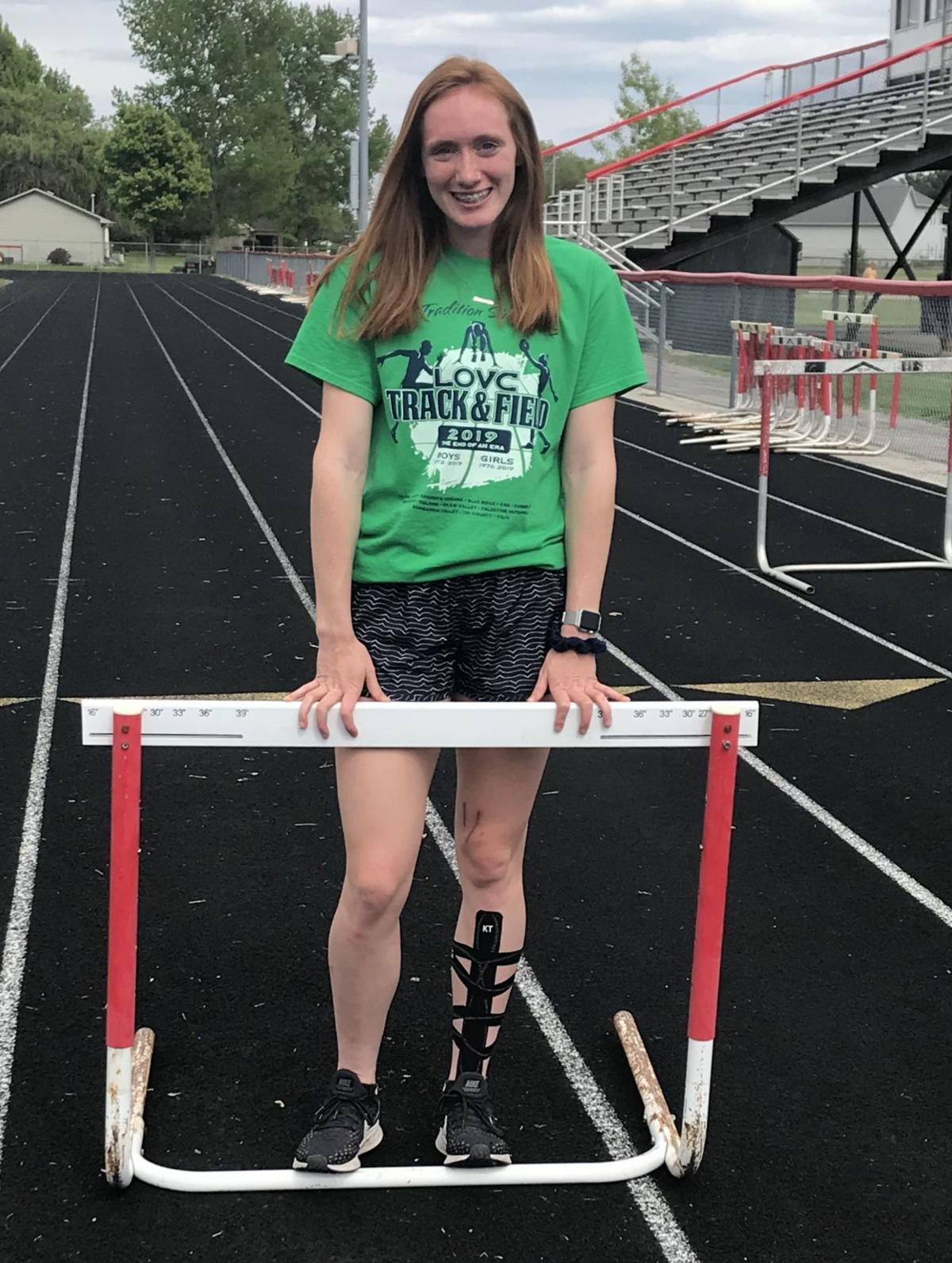 A-L-A-H junior Kenli Nettles is in four events in Thursday's IHSA Class 1A state track preliminaries. Nettles is seeded first in three of her events, the high jump, 100 hurdles and 300 hurdles. 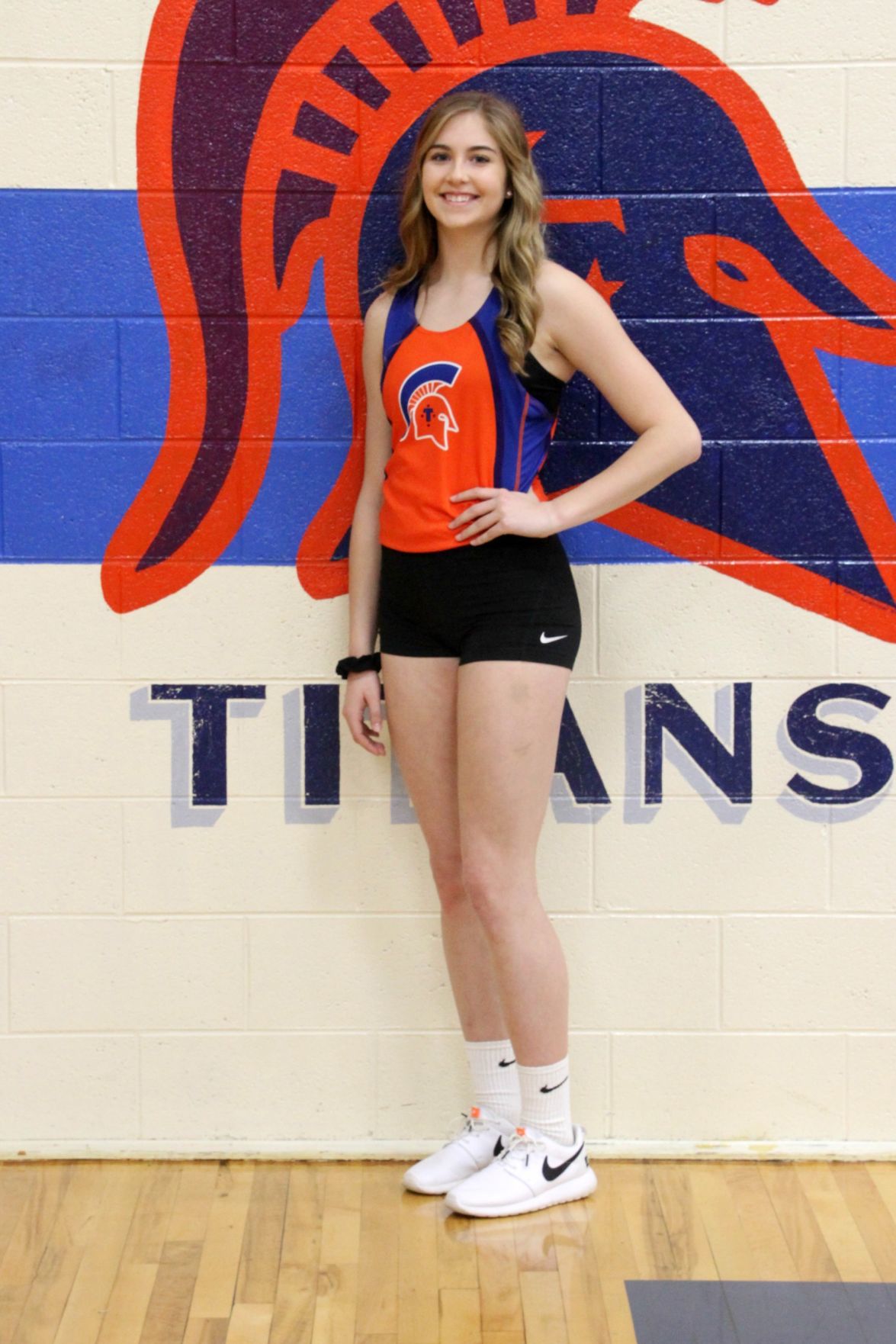