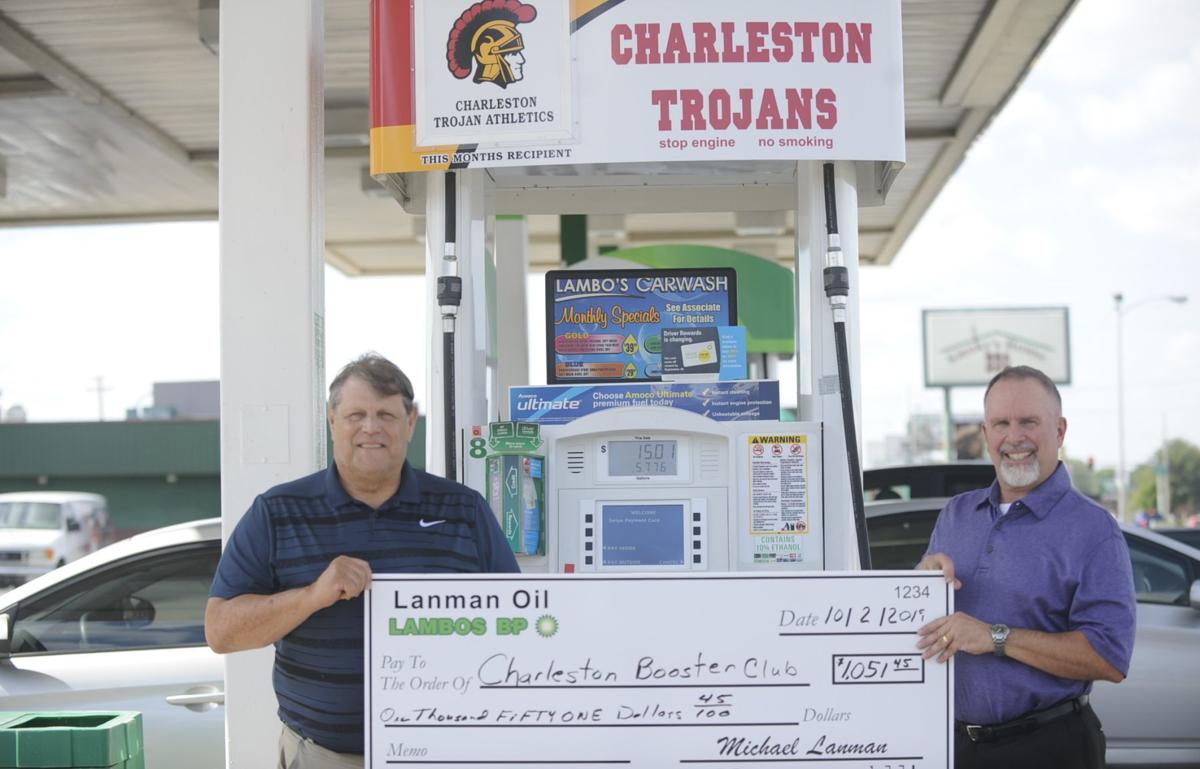 Lanman Oil's community pumps at its three Mattoon/Charleston locations will send a portion of their proceeds to Trojans, Green Wave and Panthers athletics. Lanman president Mike Lanman (left) presented a check to the Trojan Booster Club and its director of sponsorship Jeff Vanetta (right) on Wednesday afternoon at the Lambo's on Lincoln Ave. in Charleston. 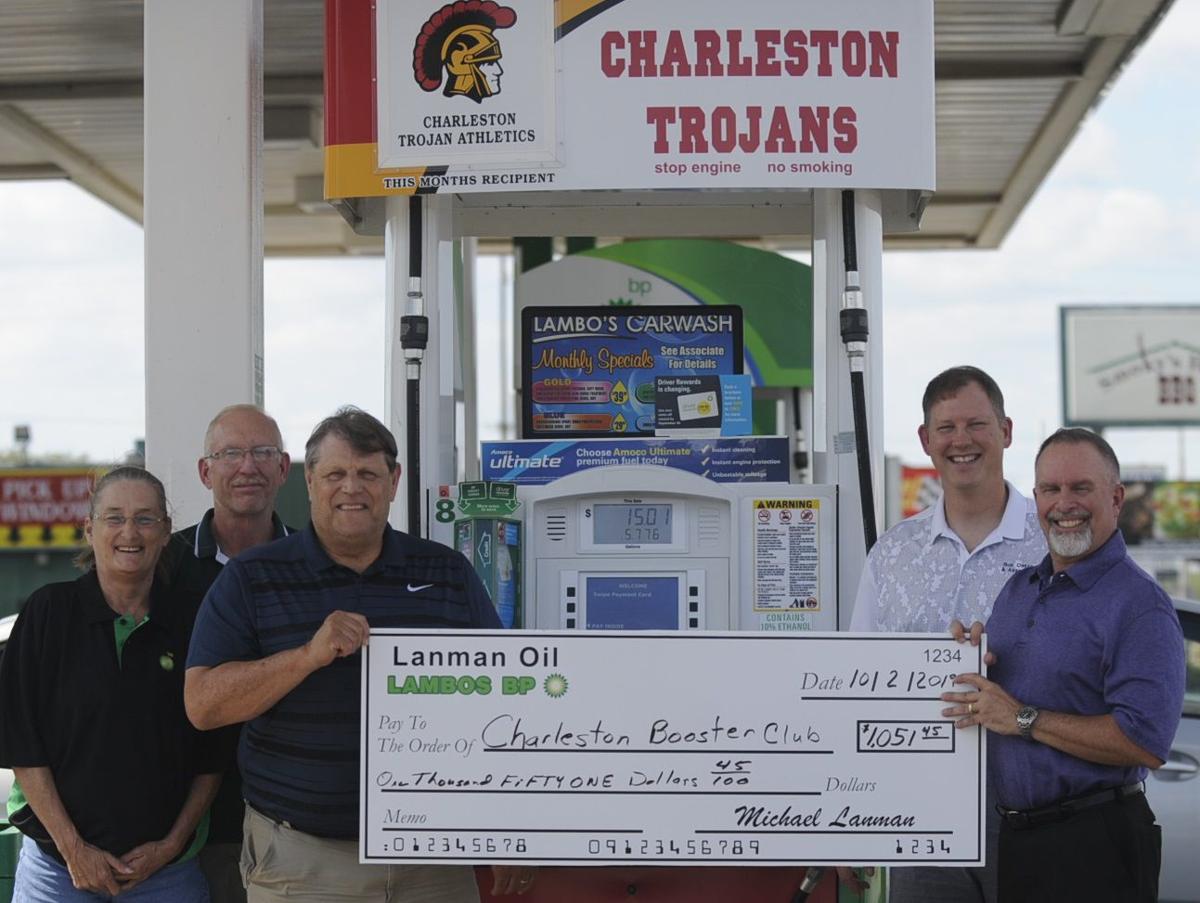 CHARLESTON – Pumps 7 and 8 at the Lincoln Ave. Lambo’s were decked out in red and gold about five weeks ago. Tuesday, the project behind the décor officially launched: the community pump.

Lanman Oil’s new initiative selected Charleston High School athletics as the first beneficiary of the pump. A portion of the proceeds from each gallon of gas bought at those two pumps will go to the Trojan Booster Club until the end of 2019. Lanman presented a check to the booster club Wednesday.

Since the Trojan logo was pasted onto the two pumps, they have gone from the station’s slowest to the busiest, Lanman said. The Mattoon Lambo’s on Charleston Ave. also features a community pump that will donate part of its proceeds to Mattoon High School athletics.

The Lambo’s station on Miller Road between Mattoon and Charleston, off Route 16 by the AMC Theater, will soon have a pump outfitted with Eastern Illinois colors that will send part of its profits to Panther athletics.

“They’re part of our community,” Lanman said. “Eastern is what makes Charleston. We wanted to include them on this.”

These pumps will remain a fixture at all three Lambo’s, though the organizations may change periodically to include other community staples such as Camp New Hope or a Lions Club. The intent behind them was to help the community’s sports teams, though.

“There are other good groups out there too,” Lanman said. “But we think about 90 percent of it will be sports related.”

A fourth Lambo’s in Tuscola has a community pump that sends some of its proceeds to Tuscola High School athletics.​

More than a label: Eastern Illinois football's Jaelin Benefield goes beyond what his RB designation suggests

Benefield may be listed a running back, but regardless of the label put on him, he's the steadiest, trusted and most electric playmaker in an EIU offense that is still figuring out what it wants to be.

Brantley will declare a redshirt year and use his final season of eligibility elsewhere.

These two former teammates and faces of EIU’s 2012-13 idyllic offense will be inducted into EIU’s Hall of Fame, each still holding all the records they shattered during their time in Charleston.

For EIU, it's putting together a week of practice good enough to erase persistent gameday miscues and earn a win. For Murray State, the goal is proving that blowout loss in its first tango with team on its level is no indication of what's next.

Lanman Oil's community pumps at its three Mattoon/Charleston locations will send a portion of their proceeds to Trojans, Green Wave and Panthers athletics. Lanman president Mike Lanman (left) presented a check to the Trojan Booster Club and its director of sponsorship Jeff Vanetta (right) on Wednesday afternoon at the Lambo's on Lincoln Ave. in Charleston.