Monday Night Football: Scores and updates from the Cowboys vs. Giants

Those who cut the furrow, planted the seeds and harvested the crops before us, or did the heavy lifting when things were not easy, are disappearing.

The load they carried and the weight for them was heavy, but they lifted it and didn’t complain. They just kept lifting.

I hate to say it, but they were taken for granted. They were innovators, trendsetters and examples who didn’t need others to show them the way. They cut their own way, and thank goodness they did because those of us who followed them inherited a better place as a result.

Today, it isn’t about leading or cutting new ground or figuring it out on your own; it’s about getting the most without putting in the most effort to achieve it. The generation before mine didn’t have it easy but they figured it out. They were self-taught, self-made, and whatever they had, they earned. They were the best generation, and each day when one from that generation passes, there is a pothole that can't be filled.

With that void, those who led by example, did things for the right reasons and didn’t have goals of a big house or more money but rather making things better, may not be replaced.

In the last few years, part of our soul in the hunting and fishing community has gone. I am an old school guy who works hard at finding the light in the dark room. I was taught that way, and each time we lose one who made a difference or figured it out, it makes that journey even that tougher.

They cut the path through the potholes and sticker bushes and did things their way. They respected our country, what we have and what needs to be protected. They did so because it was the right thing to do — not something that was en vogue or got them something for it.

I love and respect that kind of grit. I've made my way so far by following that example.

This past week we lost another pioneer with the death of Tommy Kaufman. Universally loved and respected across the Midwest and beyond, Kaufman was a man’s man who fished and hunted for the love of it. He didn’t have a manual of how, but rather wrote his own.

Although a quiet and unassuming man, I could listen to his stories for hours and respected his talent. Kaufman was an innovator and figured it out by doing and not being afraid of getting dirty in the process. Scotch tape, bailing wire and a few Rube Goldberg’s along the way, Kaufman was a function over form kind of guy. If it worked it didn’t matter if it was shining or polished — just working was good enough.

Kaufman and I fished tournaments together for four or five years and we had success along the way, but more importantly we had fun. Kaufman was an original — to say he was one of a kind is an understatement. He always had good to say about everyone and, honestly, that may have been his strongest attribute.

Kaufman was one of the men who started the Bloomington Normal Bass Club as a founder and also was an original member of the Mackinaw Valley Bassmasters. He was also one of the earliest members of the Bass Casters Association, a predecessor of the Bassmasters, and fished against some of the best anglers in the country with success. He won over 150 tournaments and was a multiple qualifier of the Illinois State Team. He was also a Bass Federation National Champion.

Kaufman was a true outdoorsman. He was involved in trapping and was past president of the Illinois Trappers Association. But his true love was deer hunting. He lived for it and had story after story about time preparing and being in a tree stand across the Midwest. Although I have never been much of a deer hunter, Kaufman kept me interested and glued to the little things he did while hunting that truly made me a better angler as a result.

He also loved to camp and spending winters in Texas fishing.

He could fix anything, but sometimes it worked and we never knew how. Duct tape, wire tires and a sharp pocket knife was all he needed.

Simply put, Kaufman was and will always be one of my heroes and I loved that man. I feel I was blessed just knowing him, and our area will never be the same in the outdoors with him gone.

Tommy, I hope you are fishing and talking hunting with Bobby Evans, Jerry Martoglio and, of course, catching up with your wife Susie in heaven now. Gonna miss you Tommy. Hold a spot for me.

Check out 10 photos of people fishing

Where To Go Fishing With Dad This Father’s Day

Terry Brown is President of Wired2Fish.com, an industry leading, daily website and social media fishing centered community that provides information on products, industry newsmakers and fishing techniques. You can read more by going to www.Wired2Fish.com.

Brown: It's a good time of year — maybe the best — to be fishing 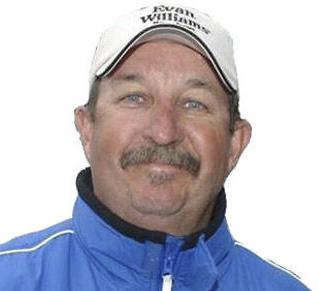 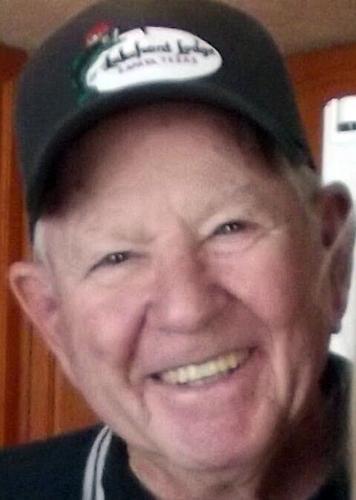